Spain Uncovered, What You Don't See on the Postcards

Touring Europe is one of those bucket list trips we should all take at least once in our lifetime. Rich in cultural history, dating back for centuries, the easy access to so many different countries and contrasting customs is what makes the area appealing for many travellers.

Boarded by Portugal, Spain sits at the southern tip of Europe. Approximately 15 times smaller than Australia yet with double the people, Spain is best known for their football team, language and cuisine.

However, it is also a country that is alive with music in its soul, offering a foodie’s playground, wild landscapes and an inherent talent for celebrating the good things in life, offering so much more than just what you see on the postcards.

Ideally, the best time to visit Spain is from March to May or September to October, as Spain’s Summer can become quite hot and unpleasant especially in inland cities like Seville, Cordoba, Madrid or the Mediterranean. So grab your passport, collect another stamp and follow our must visit guide to discover a Spain less travelled. 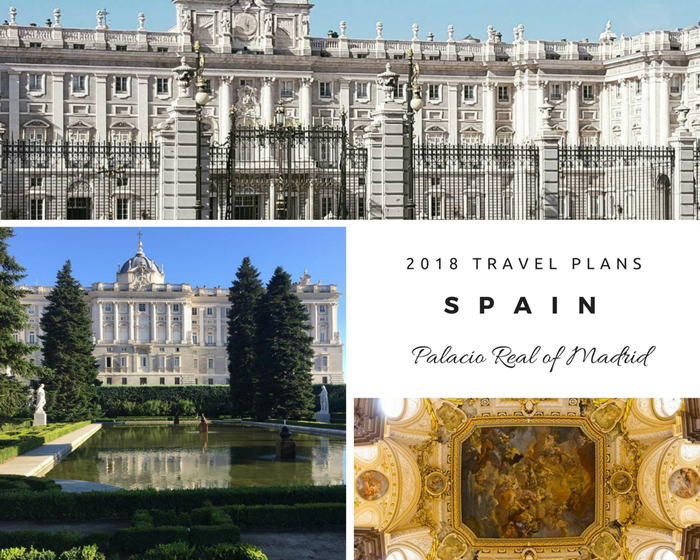 Starting our tour in the middle of Spain in the capital city of Madrid; a visit to the Royal Palace of Madrid is a must for any traveller visiting the country. The Palace is the official residence of the Spanish Royal Family in the city of Madrid, however, currently it is usually only used for state ceremonies, with the reigning King Felipe VI and royal family instead choosing to take up residence in the humbler Palacio de la Zarzuela.

Although seemingly "touristy,” the Palace corridors now house monuments left from generations past, acting as a museum with insight into the history of the palace and providing an imperative educational understanding of the ruling classes importance within Spain.

It is suggested to leave aside at least 2 or 3 hours to discover the interior of beautifully styled decorative rooms, many still in their original form with grand features of high ceilings, twinkling chandeliers, red velvet curtains, gold trimmings and large oil paintings which cover the walls. Be sure to take a spin in the grand ballrooms or stroll through the vast, immaculately kept gardens just as a regal would, as you are transported into a world of opulence.

The Aqueduct of Segovia is a must visit when it comes to visiting the region, conveniently located an hour’s drive out of Madrid. Crossing the city from one side to the other, it has also been known as the "Puente de Diablo” or "Devil’s Bridge.” Legend has it that Lucifer built the bridge himself in one night in order to win a young woman’s soul. He failed, however, lacking the final stone when dawn came. Tradition also has it that the holes visible on the stones are the marks of the devil’s fingers. Frequently used up until the middle of the 19th century, the bridge is comprised of 166 stone arches on granite ashlars, set with neither cement nor mortar, which remain standing to this day thanks to an ingenious technique based on balancing forces. 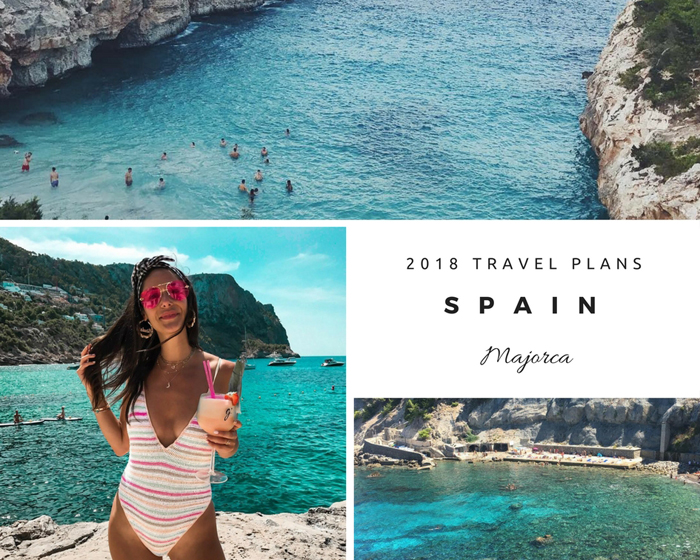 The island of Majorca is separated from the country of Spain, sitting off the Eastern coast, completely surrounded by the Balearic Sea. The island is a place of contrasting diversity, from luxury hotels, jagged coastal mountain edges, up-market fashion stores and relaxing mountain escapes.

Head to Barcelona where regular ferries can be boarded to take guests across the seaway, arriving at Majorca’s capital city of Palma. Whilst in Palma, take a tour of the seaside city, exploring impressive remains like the Bellver Castle and the Baleares Coliseu Bullring, or give your feet a rest and take to the road on two wheels, with a guided bike tour, ensuring you don’t miss what the city has to offer. If the weather is fine, pack yourself a backpack for the day and head to one of the 262 white, sandy beaches set along 50 km of picturesque turquoise coastline to plunge into the ocean and bask in the sunshine. 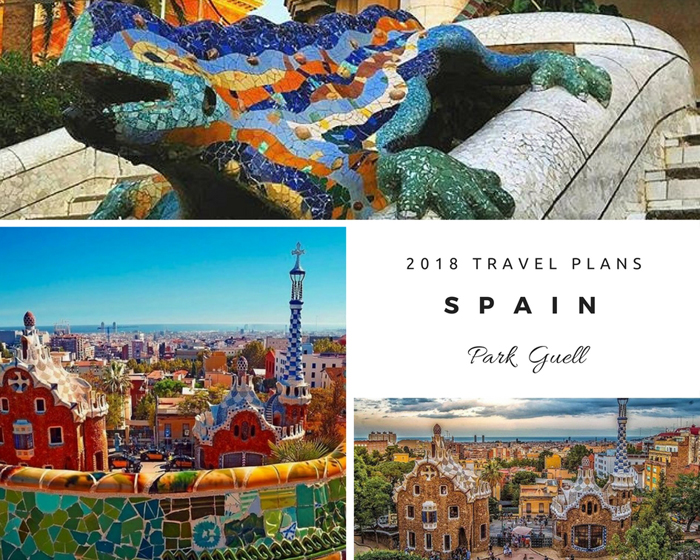 Park Guell was originally commissioned by Eusebi Guell, a Spanish entrepreneur who wanted to create a stylish park for Barcelona’s aristocracy, taking on the talented hands of local Spaniard architect, Antoni Gaudi to design a space like no other. Visitors are greeted at the entrance by the famous water fountain statue of the ‘Gaudi Dragon’ protecting the steps, mosaicked in vibrant colourful tiles of turquoise, blue, orange, yellow and greens. Be sure to pack a comfortable pair of walking shoes to peruse the sprawling gardens, taking in the amazing stone structures, stunning tiling and intricate buildings. Park Guell incorporates ethereal castle like buildings, resembling ginger bread houses, with high cathedral ceilings and stained-glass windows, whilst the romantic benches overlooking the city have inspired many engagement proposals. 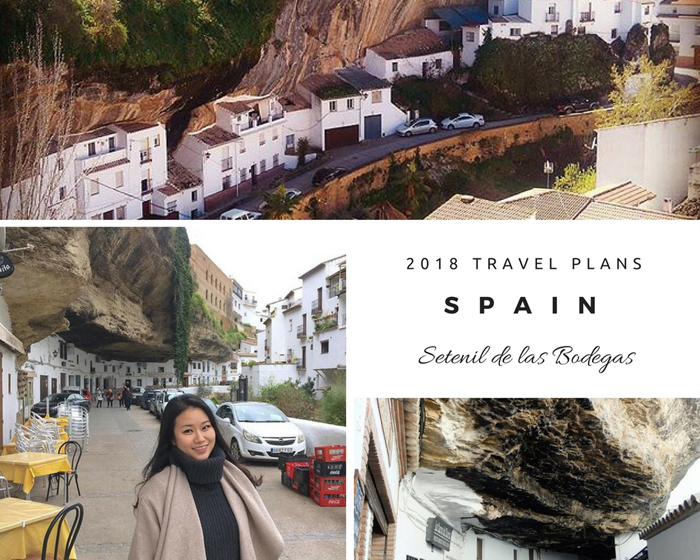 Setenil de las Bodegas is a town in the Cadiz region of Spain. This quaint town literally embraces bringing the outdoors in with many of the houses and store fronts built straight into the side of a tremendous cliff face. Dine at the local eateries directly underneath overhead rock faces with natural greenery cascading from the edge, or take to one of the winding streets with the rocks blanketing as a roof. Setenil also has a reputation for their quality meat products, particularly chorizo sausage from pigs bred in the surrounding hills, which is available for purchase and served in the restaurants and tapas bars of the area. 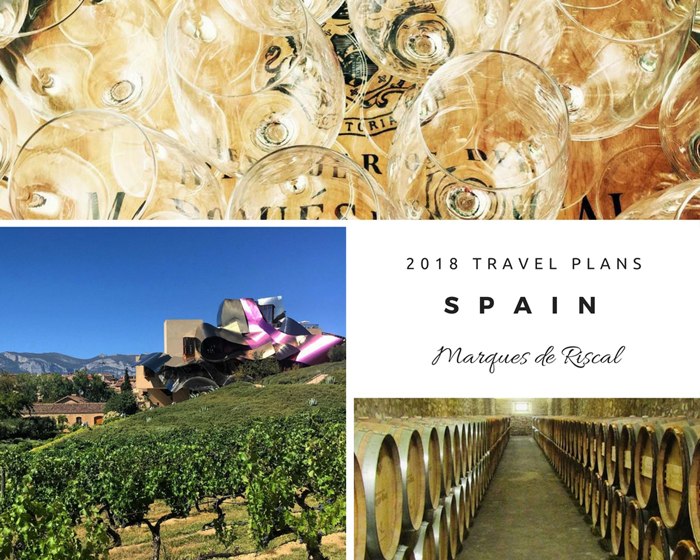 Spain has the largest surface area of vineyards in the world, which has seen it become the third largest wine producer on the planet, in turn only making your job harder when choosing the best wineries to go to when visiting.

One winery has stood the test of time, reinventing itself to become a sought-after destination in its own right. First planted in 1858, Marques de Riscal, in the northern area of Eltziego, is often referred to as the ‘city of wine’ with a monumental, abstract luxury hotel perched above lush vineyards as far as the eye can see.

The main structure of the hotel is architecturally designed, with a roof created of flowing metal ribbons in purple, bronze and silver. For those who are just visiting for a day, book into one of the wine tasting tours on offer to experience first-hand the quality product that this winery is famous for, ending with an indulgent meal at Marques de Riscal’s Michelin Starred resident restaurant.

So, whether you choose to take the road less travelled or follow the safety of the well-known tourists’ route, Spain is a country to be experienced not just visited, leaving travellers with memories to last a lifetime.