A unique display of the ocean's gentle giants

Queensland’s north has a stunning assortment of natural wonders, featuring a stunning coastline of beach, rainforest and marine parks. Fondly known as the ‘whale watching capital of Australia’, Hervey Bay is not only home to some 63,000 residents, but is also the summer home to the humpback whale; these gentle giants are not just passing by, but settling and staying around for days to rest and play. Whale season in Hervey Bay runs through the winter months, when whale pods make their way into the bay for prolonged periods of time. Thankfully, winter in Hervey Bay is pleasant, particularly to visitors not used to the warmth of the Australian Sunshine Coast. 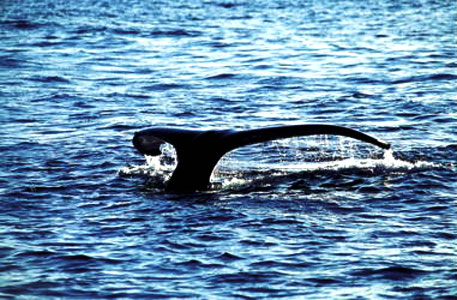 However, Hervey Bay is not the only whale watching area in Australia. Many areas in Western Australia, as well as New South Wales play home to whale migration, where they can be observed up and close to Australia’s coastline. Cruising is the best way to see these majestic mammals up close, with whales often coming right up to the boat to say hello or perhaps even sing a song if you’re lucky. The humpback whale sings long and complex songs, typically lasting from 10 to 20 minutes and changes from year to year. The whales are also often spotted tail lobbing and flipper slapping against the water surface, quite a scene for visitors observing them from the boat. Along with the arrival of the humpbacks come hundreds of bottle nosed dolphins, large turtle dugongs and even the occasional Minke whale. This amazing display of marine life is unique to Australia and will tempt you to make an annual trip back.

To find the best locations in Australia to spot and sing with a whale, see Whale Watching in South Australia and Queensland.