It’s that time of year again, the time to think about our nearest and dearest and begin to plan something a little special and out of the ordinary to let them know just how much we care. Why not step things up this year and plan a romantic night of indulgence around our list of aphrodisiacs, sure to seduce any lover. 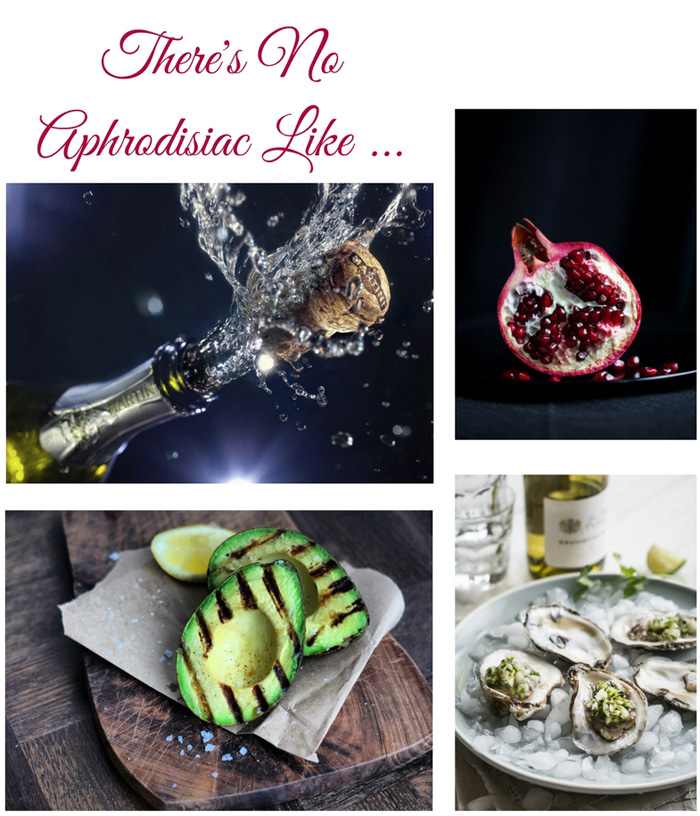 Researchers have found that oysters contain amino acids that trigger the production of sex hormones. A team of American and Italian researchers analysed bivalve molluscs, a group of shellfish that includes oysters and found that they were rich in these rare amino acids. For those wanting the benefits of oysters but are unsure how to go about preparing them, start with this divine recipe for Oysters in a Vietnamese Dressing, sure to leave a standing ovation.

The Aztecs may have been the first on record to draw a link between the cocoa bean and sexual desire, as their emperor, Montezuma, was said to consume the bean in copious amounts to fuel his romantic trysts. Chocolate is an acceptable gift in its own right for any occasion but none more so than for the one you love. Why not utilise in season cherries and whip up this decadent dessert set to impress.

It’s not just the shape of this fruit that makes it so seductive, it has also been linked to helping play a role in sexual health and performance. Particular nutrients are needed by the body to generate nitric oxide which helps dilate blood vessels, keeping them elastic and allowing for extra blood flow. Folic acid, calcium and vitamins C and E, found in avocados, all play a role in the body’s manufacture of nitric oxide. So why not start your Valentine’s Day on the right foot with a generous serving of crushed avocado on your morning toast!

A prominent player in aphrodisiac lore, pomegranate was regarded as a culinary symbol of Aphrodite by the ancient Greeks. This vibrant ruby coloured fruit has made a lasting impression as a sensual symbol throughout history, appearing in poetic works of great authors from Homer to Shakespeare. Shake up this colourful and sweet little cocktail number to get the party started this Valentine ’s Day.

Not only is champagne one of the world’s most potent natural aphrodisiacs, it is also the well-known standard for celebration, making it the ideal beverage to accompany a Valentine’s Day meal. It is believed that the bubbles in champagne are absorbed into the blood stream a lot quicker than other alcohols, making for the giddy light headed feeling after the first glass, ideal for a night of inhibition.

The not so humble pine nut has been used to stimulate the libido as far back as medieval times. Who says size matters? When it comes to these kernels, they are packed with zinc, a key mineral for maintaining male potency. It is also believed that pine nuts have been used for centuries to make love potions by witch doctors, so whip up this tasty lasagnette and cast a spell on your unsuspecting diner.