Pay your respects to Australia's heroes

One of Australia’s most highly respected museums, the Australian War Memorial is a national monument, dedicated to those who died or participated in the wars of which the Commonwealth of Australia was a part. Pictures, exhibitions, dioramas, letters and relics are housed in the memorial, relaying to visitors the tales of what war was like for Australian soldiers and civilians. 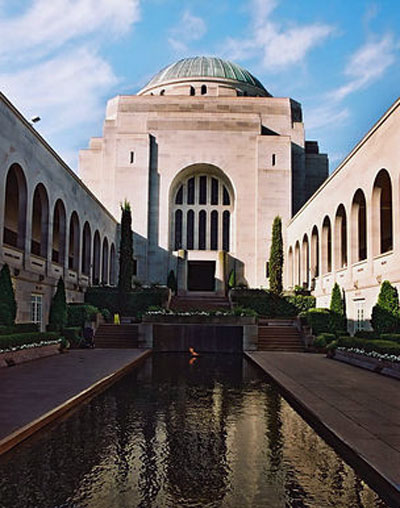 Within the memorial, see wartime material, heavy machinery and weaponry housed within ANZAC Hall, discovering facts and figures about the toll of war. Along the Hall of Memory is one of the memorials most famous attractions, the tomb of the Unknown Australian Soldier, whose body was returned from a World War I battlefield in 1993. This tomb is a representation of all Australians who were killed in war. Filled with rich, glowing colours, a soaring dome rooftop and some of the world’s largest mosaics, the Hall of Memory is a quiet and awe inspiring space to reflect upon the efforts and spirit of Australian soldiers.

The Hall of Valour plays tribute to the 98 Australians who received the highest award for bravery in wartime, the Victoria Cross. A callout to the unsung wartime heroes, the Hall of Velour recognizes the efforts of ordinary Australians under hard conditions. Learn and see the power of the aircraft and the many styles and ways in which they were used in The Aircraft Hall, before heading to ponder among the First World War dioramas, constructed in the 1920’s, with two new Korean representations completed in 2007.

Once you have been through the museum, take a walk through the Sculpture Gardens to the west of the building. Throughout the grounds, works commemorating and signifying soldiers, Australian servicewomen and merchant seamen who assisted in the war efforts.