Sculpting a Career from the Grill with Ross Lusted 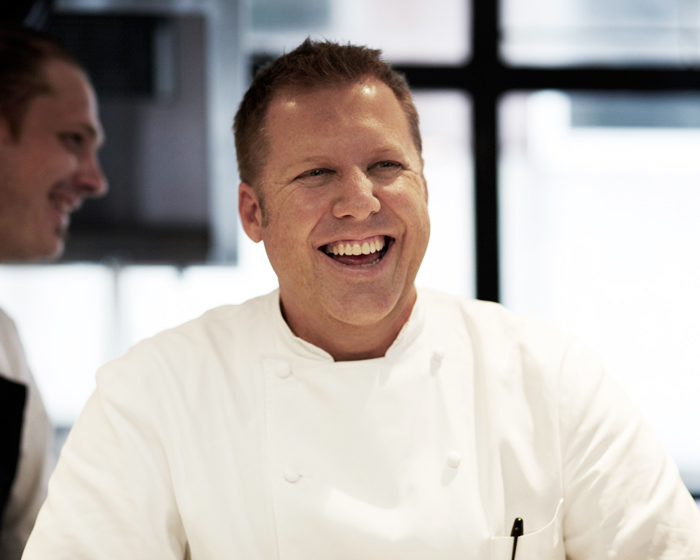 Expectations are undoubtedly high when we decide to dine at a Chef-hatted restaurant headed by a celebrity Chef. There are level of standards, talent, technique, skill and creativity which we assume will be met when we sample the product, just the same as there would be with any other professional we are seeking guidance from at the top of their game.

However, even the elite have all started their careers from humble beginnings; sheer passion and determination steering their actions through years of hard work and setbacks, which sees them arrive onto the seemingly sudden pedestal of success.

This narrative has been no more applicable than for one of our country’s leading Chefs, Ross Lusted. 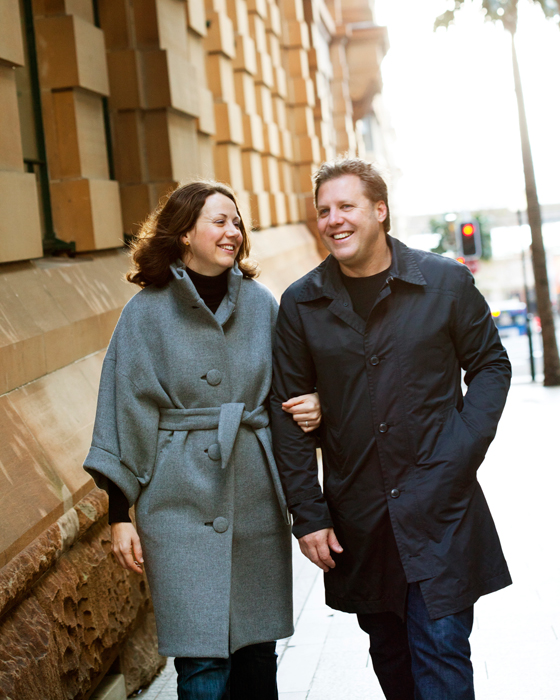 Following an extensive career in award-winning restaurants and hotels, with roles as Executive Chef of Rockpool, Singapore’s Mezza9 and head of Food and Beverage Development for Aman Resorts, Lusted opened his highly anticipated Sydney restaurant, The Bridge Room, in conjunction with the Fink Group and wife, Sunny Lusted, holding their own currently with 4 Chef Hats (18/20).

We were intrigued by the progressive and dynamic personality behind the name, seeking out Lusted to divulge his culinary journey and allow us insight into his menu, from then to now. 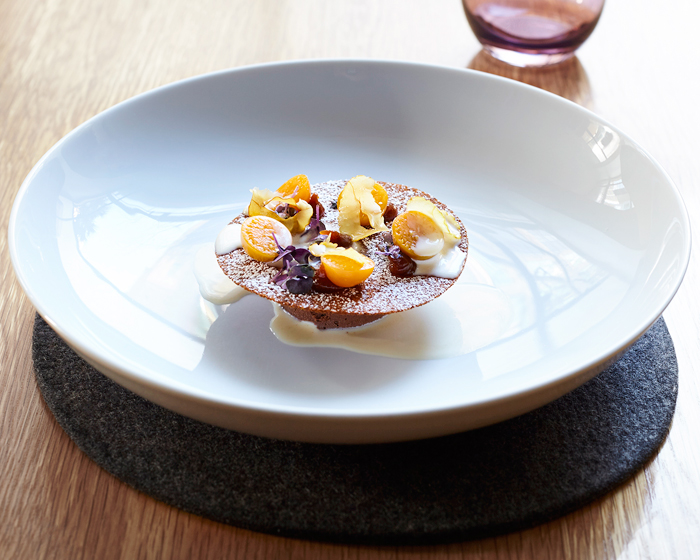 Lusted recalls his first ever memory of food was cooking with his Father. Growing up in South Africa before moving to Australia at the age of ten, the family’s preferred method of cooking was primarily grilling and barbequing. Little did he know at the time as a young boy, that this would be his fundamental connection to cooking. As he became of age, it was a natural progression into a professional kitchen to undertake an apprenticeship at a local Italian restaurant. Here he learnt the importance of making as much as possible in the kitchen from scratch, like breaking down whole carcasses to harvest a number of different products for dishes and baking breads by hand, processes which he now sees as a lost art form in many of today’s kitchens. 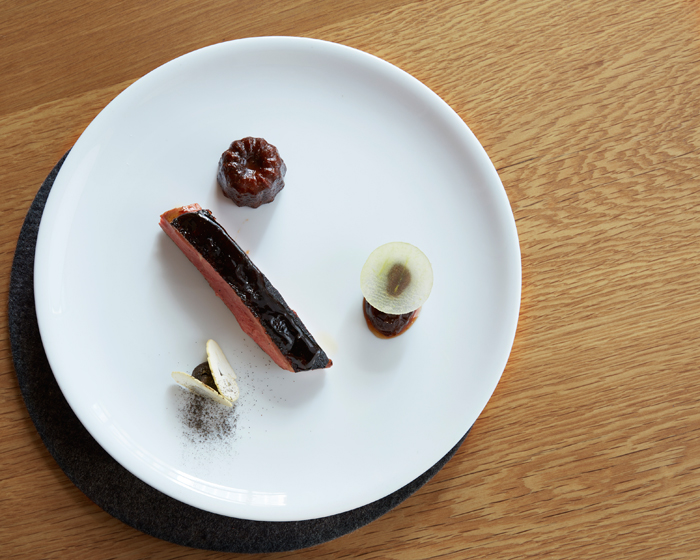 Lusted’s cooking came to a sudden halt in the year 2000. He decided to undertake a completely different journey through his travels abroad, working in foreign countries including Japan, Mexico, India, Bhoutan and America. He returned to his profession 11 years later after rediscovering and re-evaluating his true passions.

"When I decided I wanted to cook again, I went back to the fundamental enjoyment of cooking, and that was grilling with my Father. I started cooking food that was important to me,” he recalls.

Turning his attention to the way different cultures grill, Lusted explains that he began to notice a vast contrast between the way the Japanese use this technique to those in Indonesia or Croatia.

"A lot of my technique was imbedded in my roots and in my South African DNA, with the idea of cooking over charcoal, but it has sort of evolved today into what you can put onto a restaurant plate. But there really is no limit.”

The traditional idea of grilling for most is usually thought to be of dense proteins or hearty vegetables, however, The Bridge Room breaks these menu moulds, experimenting with everything from grilling lettuce to tiny artichokes. Lusted explains that the ethos behind his cooking is to create high end dishes, yet still use the techniques and style of cooking that evokes memories through flavours.

"You know those flavours, you know where they come from, but you’re almost serving them out of context. We can grill something and say ‘oh I remember this flavour from when I was walking along the streets in Thailand’ so we try and take that memory and instil it into what would become a restaurant quality dish,” he explains. 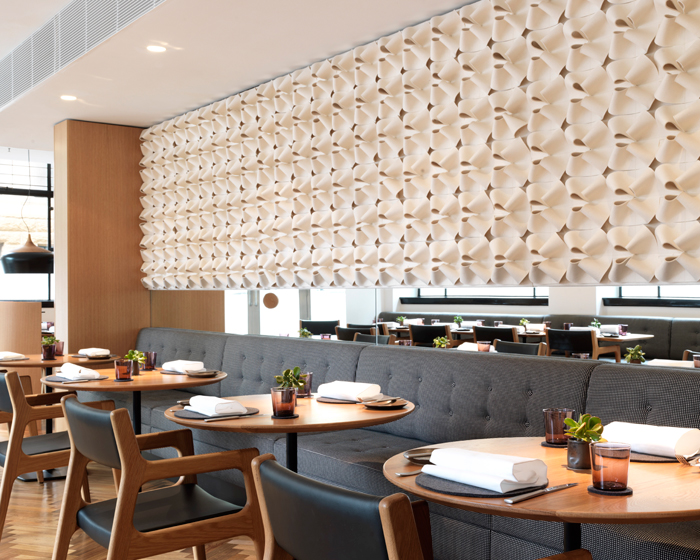 Taking a holistic approach to the experience of his diners at The Bridge Room, Lusted believes the surrounds and elements to which their guests are exposed to can be just as imperative to the menu they are sampling. With a degree in fine arts sculpture and background of restaurant and hotel development, Lusted understands the balance of casualness, relativity and modernity that is needed in his restaurant’s design.

"There was a sense of texture [in the design of the restaurant] and there’s always been that element of whatever you’re surrounded by having a purpose, it’s not just put there, it’s actually considered as to why is it there and what is the reason for it. We ask do we need it? Is it more with or more without it?” Lusted passionately outlines. 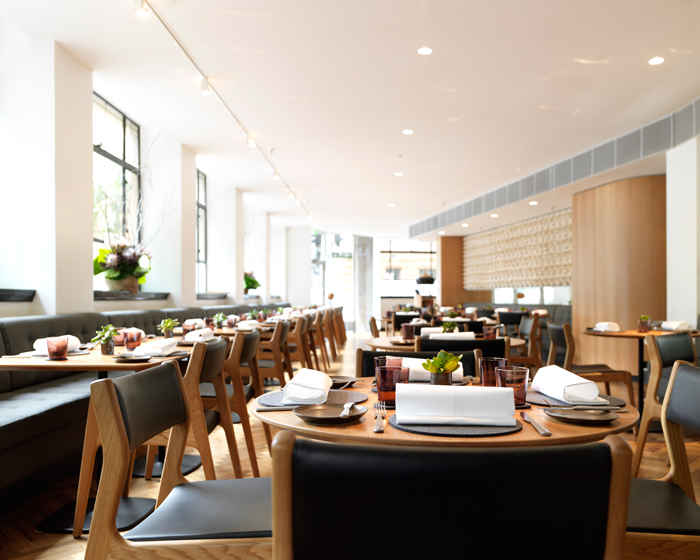 Falling in love with the natural light which falls through the tall windows of the industrial building on Sydney’s Bridge Street, saw Lusted wait some staggering 15 years for the building to become available to house his flagship restaurant. Originally built for the wool industry in the 1930s, the restaurant’s interior gives nod to the soul of the space with commissioned wool artworks and the selection of placements used which are made from felt.

He has also designed his own ceramics which are made for the restaurant, a skill learned during his time spent in Japan, where he was exposed to the insightful teachings of Marasa San in Kyoto who employed a ceramicist to design plates specifically around his created dishes.

"From my time in Japan, I learnt that there is a link from the ceramics to the food, which is linked to the way the food sits in a bowl or the plate. It’s part of the structure and its part of the texture. It’s not a case of let’s just go out and buy it.

"You just watch diners come in and it’s the way they rest their arm on the armchair, there’s a tactility to everything, and they start to discover, why does this feel so comfortable, why am I liking this? I used to sit in a restaurant and think, that lights really annoying me, or that chair is really uncomfortable, so as we developed the idea of our restaurant, everything was considered around the things that we liked and disliked from the hundreds of restaurants I have been in and that goes for the food as well.”

As for the menu of The Bridge Room, Lusted explains that it has never been about making sure there was a certain dish on the menu like chicken or beef. The same fundamental elements of design and composition of the restaurant have been applied when creating their menu. The team is on a constant search for suppliers, always digging deeper and finding more.

"The menu I do today is 25 years in the making. It’s just the way I have decided to do it now and it’s very difficult to do unless you do own your own restaurant, you need to have that confidence and also that freedom to be able to do it.” 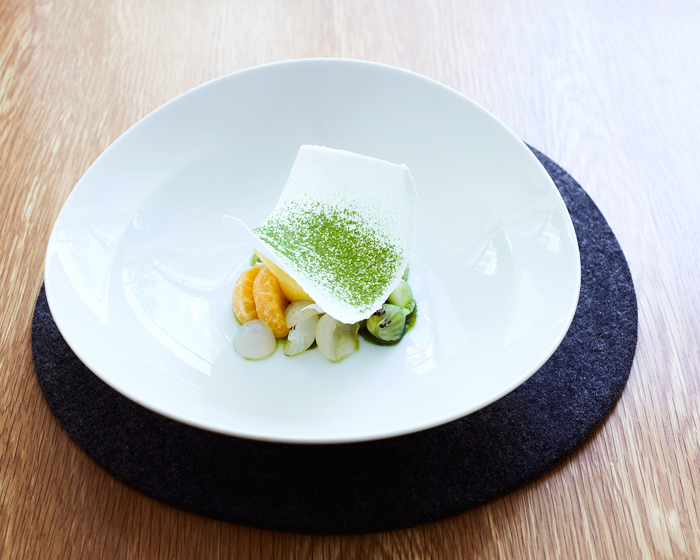 Lusted can relate as a Chef to the lifelong pursuit of perfection, through patience, practice and rejoicing in imperfections. Having experienced a twenty-five-course degustation and three course meals, he recalls some of his most memorable meals as being a simple dish brought from a roadside cart in Japan made with just three inspirational ingredients being as close to perfection as anything else.

"So, there’s two sides to it. There’s the frustrated artist who will say you can never create the perfect painting or the perfect piece, but I think in many respects there’s a lot more pleasure in the imperfections in many cases. You can dissect a menu and say well it was too acidic, or there is not enough protein or too much richness, but it comes down to whether the diner actually enjoys it. I think if it’s perfect then what do you do after that?”

Finding just as much enjoyment as a Chef watching people have a good time at his restaurant and enjoying what they do, he explains that for him it is more motivating seeing his diners experiencing the menu as a whole than to be constantly asking if his guests got what he was meaning by each dish.

As Lusted continues to push the industry boundaries with his progressive way of thinking and talent for listening to his innate calling of staying true to self, we anticipate that his finest dishes and menu experiences are yet to come.