After missing out in the number 1 spot in 2013, Danish restaurant Noma has regained its title as the S.Pellegrino World's Best Restaurant. It has been on the list for nine years and won consecutively in 2010, 2011 and 2012. Noma chef and owner René Redzepi is known for his highly original and visceral version of Nordic cuisine. His food strives to reflect the Danish landscape and culture with celebrated dishes such as 'Blackcurrant Berries and Roses.' With a great attention to detail, innovative approach to foraging and experimentation with fermentation, Redzepi has grown his restaurant to the pinnacle all restaurants strive to be. 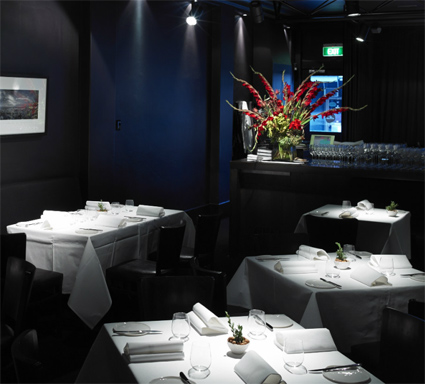 Australia in The World's Best Restaurants:

Attica holds its title as the Best Restaurant in Australiasia, however it moves down 11 spots to no. 32 on the list.

Executive chef Ben Shewry has carved himself a reputation for respecting nature and the environment, and working carefully with ingredients to demonstrate their pure flavour and texture. Believing a chef should express himself through his cooking, Shewry takes his own experiences and memories, often from childhood, and attempts to portray them through several dishes on Attica’s tasting menu. The result is a playful yet humble reminder of all that Mother Nature has to offer.

Peter Gilmore's Quay has been pushed off the top 50 list as it now sits at no. 60.

Peter Gilmore’s restaurant Quay, overlooking Sydney Harbour, ranks no. 60 on the list, for the last five years Quay has sat in the top 50. Unsure of what this says about the restaurant or whether there are just more innovative restaurants on the scene this year that last, Gilmore still prides himself on being one of the first chefs to refocus on the natural world. Being an organic aesthetic, he describes his cuisine as 'food inspired by nature.' Renowned for his signature dishes, such as the white nectarine snow egg and pig jowl with maltose crackling, Gilmore is still a leader in culinary craftsmanship. 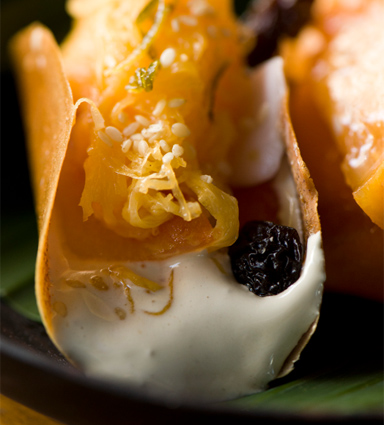 David Thompson climbs another 19 places this year to no. 13 on the list with Nahm, Bangkok.

Australian-born chef David Thompson’s Nahm in Bangkok climbs 19 places to no. 13. Earlier this year at Asia’s 50 Best Restaurants in Singapore, Nahm took out no. 1 on the list. David is renowned as a world authority on Thai food. He established himself with Darley Street Thai in Sydney, a restaurant that opened in 1991 and was voted 'Best Thai Restaurant' by the Sydney Morning Herald eight years in a row.

Brett Graham at The Ledbury in London moves up three places to no. 10.

Brett Graham, born and bred in Australia, wins the no. 10 place for his Notting Hill, London restaurant, The Ledbury, which is up one place from last year. Brett began his cooking career in Newcastle, New South Wales in a simple fish restaurant before moving to Sydney, where he won the Josephine Pignolet Award, which granted him a trip to the UK. The Ledbury is renowned for exceptional service standards and his low-key but refined cooking style.