The Goulburn River Basin and its tributaries off the area of Seymour are abundant with trout, with redfin and Murray cod commonly caught in the downstream waters of Seymour. The waters of Goulburn River are also home to a number of carp and yabbies, with Victoria’s main river, the Yarra holding a diverse selection of fish species, from southern black bream in the lower reaches and Macquarie perch, brown trout and Murray cod in the upper region. These fish are not for keeping or eating however, due to being contaminated with heavy metals including arsenic.

For fish fit for a meal, Victoria has several other rivers, lakes and oceans just waiting for you to throw a line in. 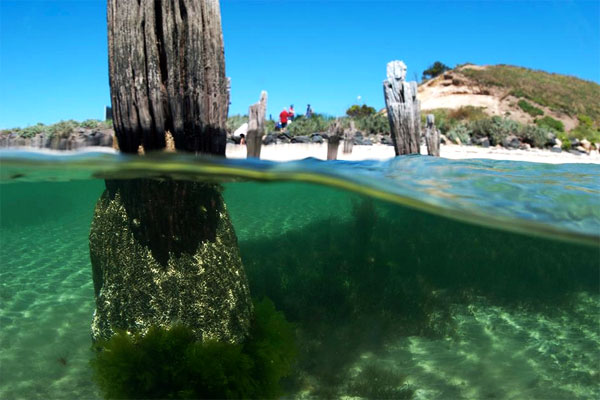 Where are some of Victoria's fishing hotspots?

Mornington Peninsula holds an assortment of productive fishing grounds, particularly around the areas of Port Phillip and Westernport, where whiting, school shark, salmon and elephant fish are abundant in the waters.

For some great saltwater fishing, take your line along the Great Ocean Road, where you can catch snapper, tuna and kingfish. Lorne and Apollo Bay are great destinations for pier fishing, with river fishing popular in the Gellibrand River and Aire River.

For freshwater fishing, head to the Grampians, home to a third of all Victoria’s lakes and rivers. The Wimmera River, situated below Elmhurst has a healthy population of golden and silver perch, catfish, cod and carp and is the only area in Victoria where you can legally catch and keep two catfish over 30 centimeters.

Read up on where to fish in New South Wales, here