Some of the highest ranked chefs in the world are heading to Sydney in October for the annual Crave Sydney International Food Festival, presented by Citibank. They include two of the top five chefs from the recently announced World's 50 Best Restaurants list as well as a host of local and international food superstars.

When travelling to Sydney, satisfy your craving for conveniently located hotels by browsing our AGFG Sydney Accommdation guide.

Some of the highest ranked chefs in the world are heading to Sydney in October for the annual Crave Sydney International Food Festival, presented by Citibank. They include two of the top five chefs from the recently announced World's 50 Best Restaurants list as well as a host of local and international food superstars.

In 2012, a special Italian spotlight will celebrate state-of-the-art Italian cuisine, featuring the biggest Italian stars from around the globe paired with Syney's finest as part of the festival's signature event, the World Chef Showcase (Oct 6 & 7).

While in Sydney for the festival, seek out Italian restaurants and more in the Australian Good Food Guide. 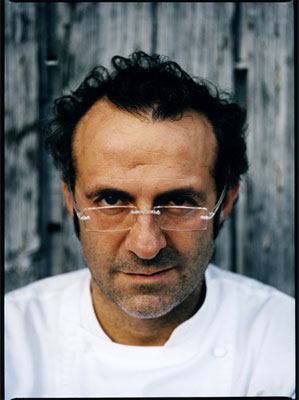 Sharing their skills and passion in intimate, interactive sessions will be Massimo Bottura, the highest-ranked chef in Italy and #5 on the World's 50 Best Restaurants list 2012, Jordi Roca from Spain (ranked second in the world!) and best-selling author Tessa Kiros (Venezia, Twelve, Falling Cloudberries) who is flying in especially from her home in Tuscany.

They will be joined by Antonio Carluccio, star of SBS TV's Two Greedy Italians and multi-award winning chef and author; plus Christina Tosi of Momofuku Milk Bar in New York, America's 2012 Rising Star of the Year and the queen of cookie dough!

The most highly ranked Italian chefs in Sydney - including Giovanni Pilu (Pilu at Freshwater), Alessandro Pavoni (Ormeggio) and Nino Zoccali (Pendolino) will join food artisans from around Australia and well-known Aussie chefs Matt Moran, star of MasterChef and owner of Aria and Chiswick, and Mark Best (ranked #61 in the world).

"Italian food is everyone's favourite. But what do we

know about the latest trends in Italy? This is a chance to find out."

"Everyone loves the World Chef Showcase, from our top chefs through to serious food-lovers, for amazing presentations by our wonderful stars. As the one chance to taste their best dishes in an intimate, exclusive setting, it's the must-do weekend for anyone interested in all things food."

While staying in Sydney, refer to our AGFG Sydney Restaurant guide. It offers great dining ideas, no matter what kind of cuisine you're craving.