By Wendy Johnson and Freya Ensbey. 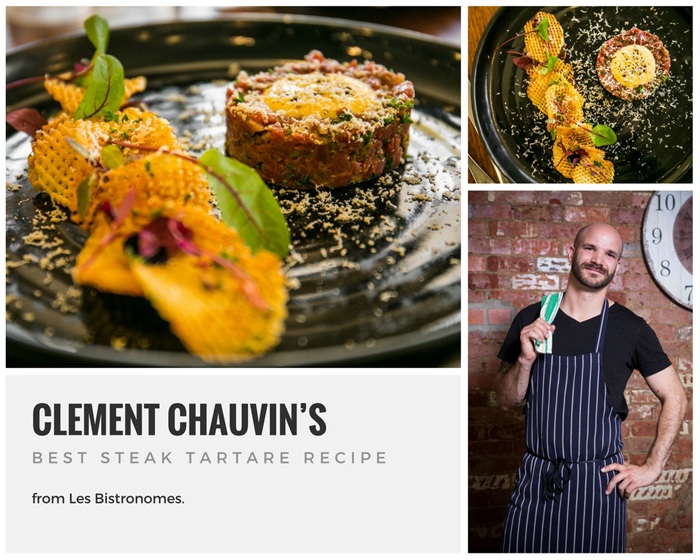 Clement Chauvin’s love affair with food started as a young teenager living in Lyon, France; deciding he wanted to be a Chef by the age of 15.

"I went to the fire brigade in Lyon for work experience but they wouldn’t take me on board because I was young and it was dangerous,” Chauvin recalls.

"My Mum then got me an interview with the Head Chef at the Michelin-start Sofitel in Lyon. He took me on right away and from the moment I walked into the kitchen I knew it was a world I wanted to spend my life in.”

With years of hard work, Chauvin’s dream came to fruition by the age of 18, when he began working at ‘Pic’ a two Michelin star restaurant in Valence, launching him into a career of prestige with time also spent at the two Michelin starred Nicolas Le Bec, Le Cardo de Lyon and Gordon Ramsay’s Claridges in London.

Chauvin soon arrived on the shores of Australia to undertake the position of Head Chef at Bistro Paris before moving onto his own personal venture and aligning with the renowned Abel Bariller, a professional French Master Sommelier and Knight of Cognac, to open the award-winning Les Bistronomes in Canberra’s prominent suburb of Braddon.

Les Bistronomes has designed its own niche, classic French menu with modern refinement, each dish arriving to the table as visually pleasing as the next, seen on plates like the traditional seafood and fish soup serviced with rouille sauce or the delicately prepared duck liver parfait with croutons, and an ash crusted duck à l’orange.

However, Chauvin’s most beloved dish is his steak tartare, which he makes the traditional way, learnt whilst at Le Cardo de Lyon, a meal Chauvin says he could eat three times a day.

"I love rare meat. I love the texture and tenderness. I love the sweetness of the sauce, the sourness of pickles, and the combination of hot chips and the cool of the raw tartare. All the textures and flavours cause an explosion of happiness. It’s magical in your mouth. With a superb tartare you have everything you could want in life,” says Chauvin.

Chauvin has played around with different takes on the tartare by using different proteins, ingredients and flavour profiles, using salmon or tuna belly with influence from Italy and Asia. However, it is his original beef recipe, served as done in France with a side of gaufrette potatoes which keeps his loyal diners coming back night after night.

We have been lucky enough to have Clement Chauvin share with us the recipe he is most known for, his Steak Tartare. Making four serves, this steak tartare has a melt in your mouth consistency and a lasting punch of flavour from the tabasco, Worcestershire and Dijon mustard.