This week we commemorate the British before the French (Bastille Day, July 14) in acknowledgement of the 200th anniversary of Waterloo. 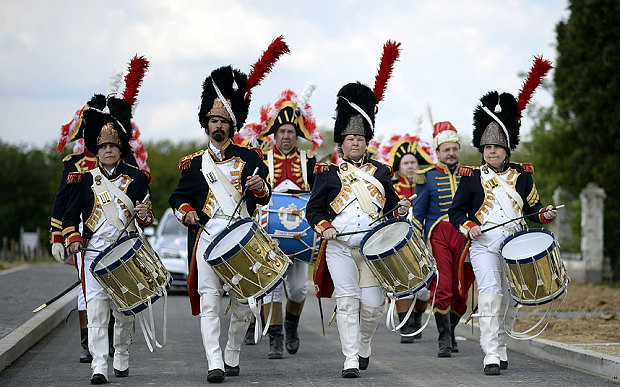 Waterloo was a fierce battle between Napoleon led France and the allied countries of Europe (Britain, Prussia, Austria and Russia). Napoleon’s vision of a France dominated Europe ended at Waterloo when the allied forces pushed back his soldiers to a defeat. As it always is with hindsight, we could say that the defeat was for the best as a united Europe has been prosperous, however we can never determine what a French “Europe” would have entailed – perhaps more diverse culinary delicacies?

A two day re-enactment featuring 5000 soldiers, 1000 non combatants and 300 horses as well as 100 cannon will take place on June 19 & 20. June 19 will be based around the famous charge of Drouet d’Erlon (Napoleon’s Imperial peerage – a royal and noble rank within the army) and June 20 will focus on the final phase of the battle.