The Race That Rocks

Thirteen years and running, last year’s award winning Clipsal 500 Adelaide welcomed the three millionth fan. 2012 Clipsal 500 Adelaide expects over 300, 000 attendees over the four day period. Running from 01-04 March 2012, the race that rocks has an action packed program from championship series to after-race concerts. The stars of the show take to the city streets of Adelaide all weekend long to battle for the opening round 2012 V8 Supercars Championship title; the event's final leg happens on Sunday afternoon at 2:10pm.

Check out other March What’s On events.

The Clipsal 500 Adelaide is the only event to be elevated to Hall of Fame status that is normally reserved for champion drivers. Its status as best domestic motor sport event has been maintained for eight years.

"We have a new attraction, the Disney-Pixar CARS Truck Tour with the Cars 2 movie interactive display for the kids, feature eight racing categories in the 2012 event program, and offer four nights of the Adelaide Casino Live Large Concert Series free to Clipsal 500 Adelaide ticket holders including INXS and The Living End.” 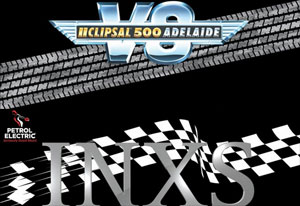 Arguably one of the most important cars in the history of the nation’s proud motor sport heritage, the Williams Grand Prix car that took Australian Alan Jones to his 1980 Formula 1 World. Championship will be at this year’s Clipsal 500 Adelaide. The car will be demonstrated on the circuit each day in the presence of Alan Jones MBE himself, special guest at this year’s opening round.

The circuit was also the scene of Alan Jones’ last Grand Prix race in 1985, so having the World Championship Williams FW07B and Jones together has great historical significance. It’s worth the price of a ticket alone, and we will be having special sessions each day so fans can photograph the two legends (car and driver) together and perhaps get an autograph’, Mark Warren added. 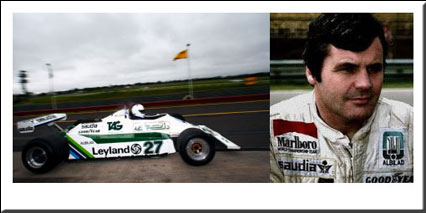