Bluesfest is over 95% SOLD OUT. Don’t miss out on the soul adventure of the year, purchase your tickets now.

AGFG will be eating their way through the festival this year, be sure to check out our instagram and blog. 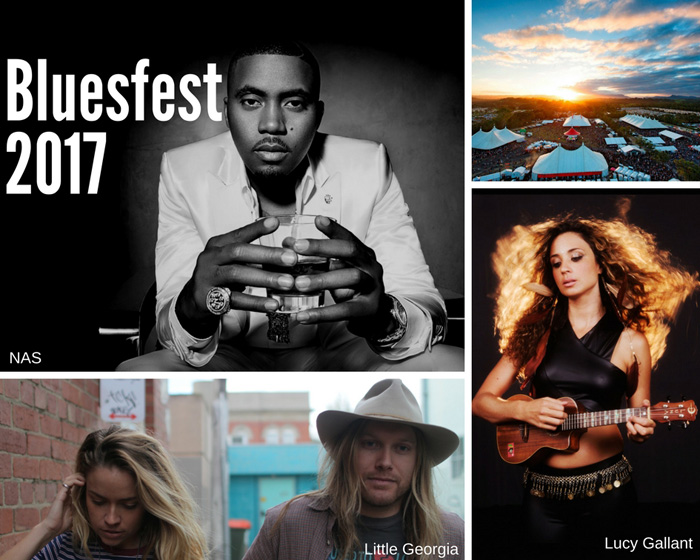 As the stages are built, the side market and food stalls erected and the last sound checks are conducted, the final week of countdown begins to the 28th Annual Byron Bay Bluesfest.

It's been a turbulent past couple of weeks’ weather wise for the East coast after Cyclone Debbie caused some heavy flooding to the areas of the region, however as always, Bluesfest will go ahead rain, hail or shine.

Bluesfest have focussed on the implementation of weather proofing for the event over the years, so that the festival will not be affected by the unpredictable weather of the area. For those whom are camping, event organisers have assured ticket holders that the campgrounds have not been damaged and the preceding week of warm weather forecast will ensure dry grounds for a weekend of foot stomping action.

Being the 28th year of Bluesfest, organisers thought it was only apt to move into the future of advanced technology and say goodbye to previous drink ticketing systems with a new payment experience, RFID.

For those of age wanting to purchase drinks from the bar, you will now receive a wristband that has an RFID chip attached to it which will be activated upon your arrival. You can pay for all drinks at the bar using your RFID wristband by first visiting one of the top-up stations around the festival. Once funds have been added onto the wristband patrons can easily enjoy the great variety of drinks Bluesfest has to offer by double-tapping the wristband at one of the 7 stage bars, the amount spent will then be automatically deducted from the account balance.

If you run out of credit, you can just 'top-up' your account again by visiting a 'top-up' station or simply by using the secure Bluesfest mobile app, with any leftover money refunded back to you after the event. This is a safer way for purchasing as it will eliminate the need for festival goers to carry large amounts of cash on them throughout the weekend.

Anticipating the arrival of some of the biggest names in the industry congregating on the humble fields of Tyagarah Tea Tree Farm of Byron Bay, Bluesfest 2017 will welcome a line up of world class artists. The queen of RnB herself, Mary J. Blige is heading to the festival on Friday night; the iconic Grammy Award winner, singer, songwriter, actress and philanthropist is a defining voice of contemporary music. She has amassed an impressive eight multi-platinum albums, nine Grammy Awards, 32 Grammy nominations and a 2012 Golden Globe nomination. She has sold over 50 million albums worldwide and is responsible for a plethora of hit singles including; 'Be Without You', 'No More Drama' 'Not Gon' Cry', 'Love Is All We Need', 'Seven Days', 'All That I Can Say', 'Family Affair' and 'Just Fine' - her performance is set to be packed with wall to wall hits.

Consistent supporters of home grown Australian talent, Bluesfest will welcome REMI to the festival stage for the first time this year. REMI and musical collaborator Sensible J are one of the fastest growing Hip Hop acts in Australia and are quickly gaining the attention of international tastemakers. REMI's first big success came from the hugely successful single Livin', released in 2014. Their 2016 album Divas and Demons impressed critics, with Tone Deaf calling it "a landmark album for Australian Hip Hop" and Rolling Stone Australia awarding it four and a half stars saying "Demons purged, REMI can confidently survey what remains: a legit contender for Aussie album of the year.”

So, pack your bags, pull on your boots and dust off the fringe leather jacket whilst you prepare for the soul food festival of the year, the 28th Annual Byron Bay Bluesfest. Be sure to also check out our 10 picks for eateries, accommodation and things to do whilst in this idyllic part of the country.