Those who get excited about Oktoberfest are sure to have their mouths watering with just a quick glance at the decadent German desserts in this collage! Don’t wait for the right month to come around once a year, celebrate German food at any time with these tempting German desserts and treats below. 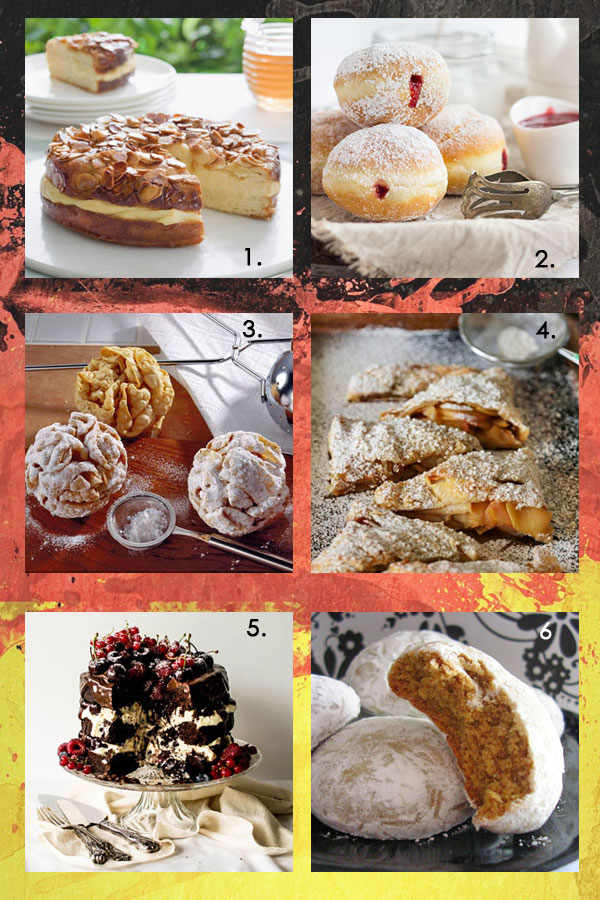 Literally meaning Bee Sting Cake, this sticky and sweet dessert is made of sweet dough, with caramelised almonds and is traditionally filled with vanilla custard and buttercream or cream.

Or if you know the full name, Berliner Pjannkuchen is a traditional German pastry similar to a doughnut without a hole all the way through the middle. Australians may know it as a jam filled doughnut and Americans may recognise it as a jelly donut.

Translating to snowball, schneeball have been popular treats in Bavaria for over 300 years. It is a dessert made from shortcrust pastry and dusted in a thin layer of snow, or rather, icing sugar. Growing in popularity, schneeball are now available at all times of the year, covered in chocolate, layered with nuts and drizzled with liquid icing.

Although originating from Austria, apple strudel for dessert or a tasty treat is incredibly popular in Germany. Strudel itself is a German word meaning whirlpool, so of you can roll your pastry to create a whirlpool effect, you’re pretty spot on.

Several layers of deliciousness, sorry, we mean chocolate cake, whipped cream and cherries and topped with even more decadent layers. Named after the specialty liquor of the Black Forest region, it is Schwarzwalder Kirsch that gives Black Forest cake its distinct flavour. Stay true to the name and include this liquor in yours and be sure to decorate it with black cherries.

You may know these as German Christmas cookies, spiced with flavours like cloves and cinnamon. Though very popular during festive times they are also available all year round whether bought from the store or made in big batches at home. 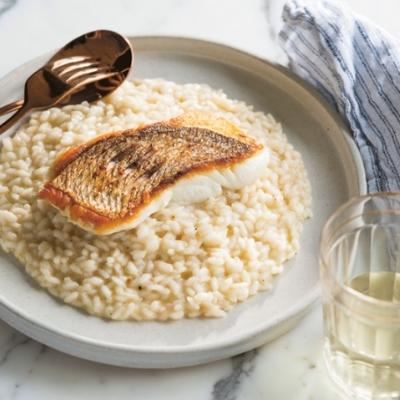