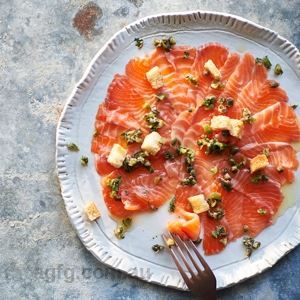 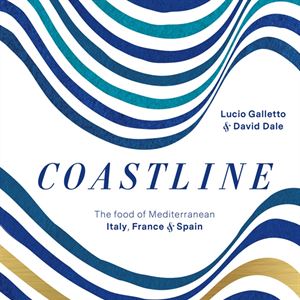 "Carpaccio is a much abused term in modern restaurants. The dish was originally made with raw beef and in the early 1960s Harry's Bar in Venice named it in honour of the deep red colouring in the paintings of Vittore Carpaccio, who died in 1526 without ever eating the dish that took his name. Nowadays, the term has been extended to include any raw ingredient, which means it is applied to the sliced raw seafood that used to be known as crudo. For this appetiser, we've paired the raw fish (more pink-coloured than carpaccio-scarlet) with a classic Ligurian crunchy-bread salad." ~ Lucio Galletto and David Dale.

Thinly slice the fish and arrange on four plates. In a bowl, place the olives, anchovies, capers and oregano. Mix with the vinegar and a tablespoon of the olive oil.

Cut the bread into small cubes and place in a small bowl. Add the garlic and a splash of olive oil and mix well. Place on a baking dish and bake for about 2 minutes on each side, until crispy. Drizzle the lemon juice over the fish, then the remaining olive oil.

Arrange the caper and olive mixture on top of the fish. Scatter the bread on top, season with salt and pepper and serve. 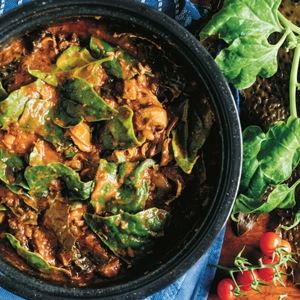 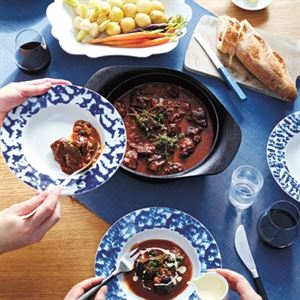 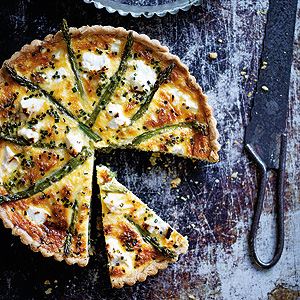