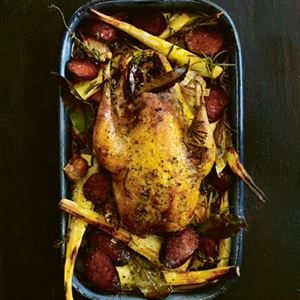 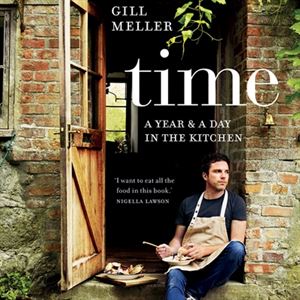 "Although I don't shoot, a lot of people do. In fact, more pheasant may be shot each year than we actually eat. This is a crying shame and should never be allowed to happen. So, friends, if you eat meat, then you should be eating more of this delicious game bird. Pheasants spend the early part of their lives in large, open pens, but once they're strong enough, they are released into the wild, where they live out the rest of their lives. Most of the meat we eat in the UK never gets it this good. I'm a sucker for chorizo. It's such a gregarious, rich sausage. Pair it up with sweet parsnips and the lean pheasant and it becomes something even more fabulous." - Gill Meller.

If your pheasant is trussed, cut the string and open up the legs. This will help it cook evenly. Set the bird in the middle of a medium roasting tray, then rub it all over with the butter. Peel the parsnips, then cut each one from top to bottom into four to six lengths, depending on size. If they have fibrous cores, you can cut these out.

Arrange the parsnips around the pheasant, along with the garlic. Trickle the pheasant and parsnips all over with the olive oil and season both the bird and the roots really well.

Place the roasting tray in the oven and cook for 20 minutes, then remove and, using some tongs, carefully turn the parsnips and baste the bird. Tuck in the pieces of chorizo sausage, then tear over all the herbs (placing some in the bird’s cavity). Return the tray to the oven and cook for a further 15–20 minutes, until the pheasant is cooked through and the parsnips are lovely and golden and charred in places.

To check whether the pheasant is cooked, pierce the leg at the point where it joins the body – if the juices run clear, it’s ready. If not, pop back in the oven and test again after a few more minutes.

Once the pheasant is cooked, remove the roasting tray from the oven and allow the bird to rest in a warm place for at least 15 minutes. Serve the pheasant, chorizo and parsnips with boiled cabbage or sprouts.

Credits: This is an edited extract from Time by Gill Meller published by Hardie Grant Books $39.99 and is available in stores nationally. 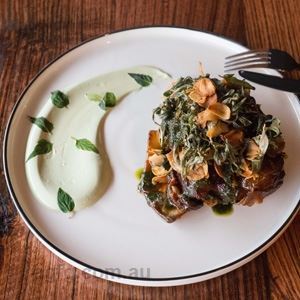 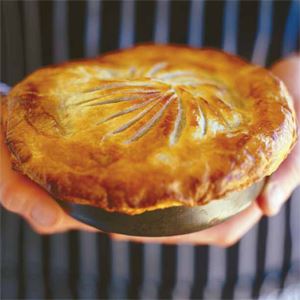 "This could easily be cooked in a heavy-based cast-iron casserole over low heat with a simmer mat... 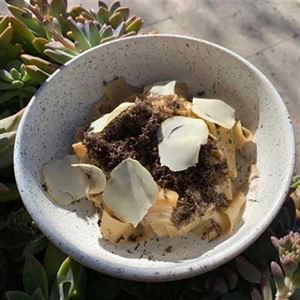 This recipe is inspired by truffle season, which provides a perfect combination for the chestnut ...