Would You Use Being Abducted by Aliens as An Excuse Not to Go to Work? Roots Podcast with Eric Morris

Imagine working for Rockpool Bar and Grill handling a 6000-bottle wine list and Madeira from the 1700s – that’s the position Sydney’s Eric Morris found himself in.
Along with partner Monica-Paula Zotti, Eric owns the popular Pyrmont venues Café Clementine and Bistro Clementine. He chats with Roots Podcast about his early years, being abducted by aliens and how Rockpool US backer David Doyle moved most of his cellar from California to Sydney. 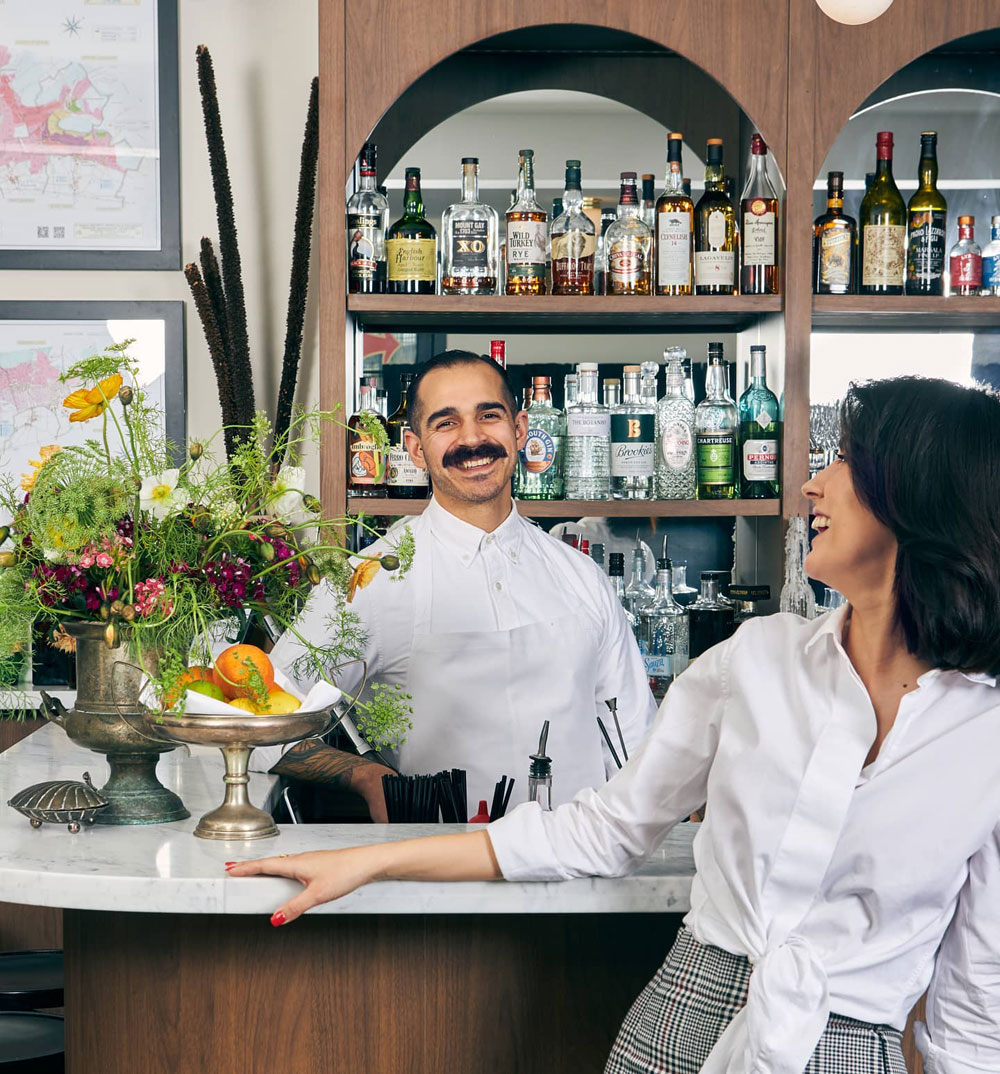 Eric and Monica at Bistro Clementine.
Roots Podcast is an interview channel which dives into the personal stories of those in the hospitality industry - whether it be in the restaurant, or out in the field.
Elijah-Jazz, Chef de Partie at Yellow in Potts Point, also talks to those in the media as they look back on where it all started for them. It is a retrospective look on the passion, ambition and drive involved in a competitive industry.
Eric was born in Houston, Texas and moved to Sydney when he was about 9-years-old. He began working as soon as he could and at 14 years 9 months landed his first job at Games Workshop; by his late teens he was a barista for Gloria Jean’s café.
During his gap year after high school, Eric travelled to London where he worked at one of Yotam Ottolengi’s restaurants; before returning Down Under to complete a business degree.
He supplemented his studies by working as a runner and later a waiter at China Doll, where he admired the high quality of food and service at such a busy restaurant.
It was when he moved to Rockpool that his interest in wine really took off; helping David move his cellar to the venue was an incredible experience that led to Eric becoming a certified sommelier.
"I was lucky enough to put away parts of the Rockpool cellar with David, who was the owner of the business,” Eric recalls. "I think he worked out if he was to drink 9 or 10 bottles of wine a day until however many years he thought until he was going to die, he still wouldn’t get through half of his cellar.”
Make sure to tune into Roots Podcast to listen to Eric’s story (*disclaimer – language warning on some Roots Podcasts*)!
Google Podcasts:
Spotify:
Apple Podcasts:
Stitcher:
I Heart Radio:
Podcast Addict:
Instagram account:
Previous Post
Lighta Pasta Makes You Run Fasta – Five Summer Pasta Recipes to Try at Home.
Next Post
Give 'Em Pumpkin to Talk About - Perfect Halloween Pumpkins.