Put Europe on Your Plate with this Beef Stroganoff Recipe from Heart of Europe Chef Aydan McCarthy.

By Leigh O’Connor.
Growing up Aydan McCarthy was always in the kitchen of his parents’ restaurants…fast forward to 2022 and now he is at the helm of his own restaurant Heart of Europe in Brisbane.
This European bistro on Bainbridge Street in Ormiston believes the best way to learn about a country is through its gastronomy. Exuding rustic charm, expect terracotta tiled floors, mosaic tabletops and a statue of Chef in the corner keeping a watchful eye on proceedings.
"Prior to starting my hospitality studies, I was already working in the family restaurant,” he tells AGFG. "After a few years there, I decided it was time to venture off getting my first Commis Chef job at a restaurant in Surry Hills.” 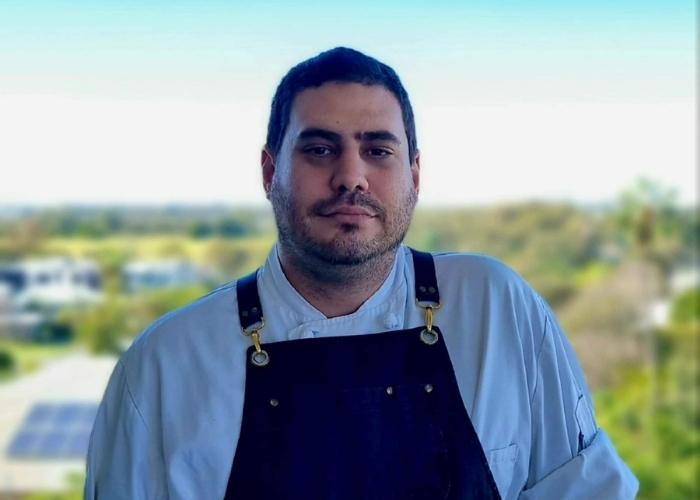 A stint as Chef de Partie at an exclusive club in Rose Bay followed, where he worked his way up to Sous Chef; moving on to work at numerous restaurants across Australia, eventually ending up as Head Chef at The French Table.
"I worked there for five years refining my skills and knowledge with classic French cuisine. Now I have just recently signed a lease on my own restaurant here in Brisbane.
"Being in the kitchen is all I have ever known, so it was natural that I started working in them and I haven’t looked back since.”
Aydan says Heart of Europe’s style is similar to a European bistro with a main menu of classic European fare, while the Chef’s menu changes daily showcasing local produce available at the time.
"I love hearty yet elegant meals that you can sit down to enjoy and share with family and friends.”
His feature flavour these days is smoke – whether it is charring vegetables over an open flame for relishes, or cooking meat over coals, Aydan loves the smokey flavour that comes from cooking with fire.
Obsessive-compulsive about cleanliness, don’t tear the labelling tape in his kitchen…you need to cut it.
"As my old Head Chef would say ‘Clean kitchen, clean food’.”
Aydan shares his classic recipe for beef stroganoff with us – tender beef and mushrooms in a rich, creamy sauce for a simple, yet elegant dish. Serve this to the family for an easy weeknight dinner and you’ll be rewarded with smiles and empty plates. 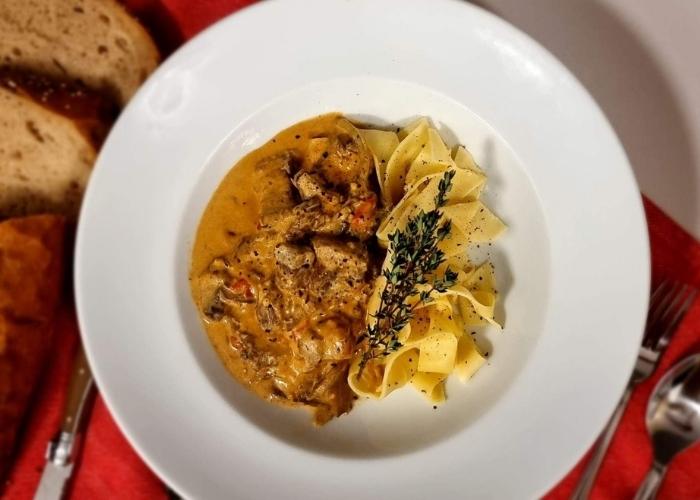 The origins of beef stroganoff are commonly believed to be that a French Chef working for a wealthy St Petersburg family created the dish for a cooking contest in 1891, naming it after his employer.
Aydan says he has been fortunate to work with some very talented Chefs during his career who have all influenced his cooking style in some way; leading to opening his own restaurant.
Watch this space…in five years’ time, he plans to have signed the lease on a second dining destination!
Previous Post
Take Your Palate to Europe with These Three Delicious Recipes.
Next Post
Wine of the Week from Hogget Kitchen’s Kylie Wilson.