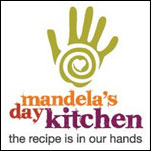 The Recipe is in Our Hands

Wednesday, 18 July 2012 - Australia will be heeding The Call To Action and will be joining the global stage on Nelson Mandela International Day with the inaugural Unveiling of Mandela’s Day Kitchen. This massive cook-up will take place at Our Big Kitchen (www.obk.org.au) (17h30), a community kitchen facility in Bondi, Sydney, and will result in 670 meals being created in just 67 Minutes to benefit local communities and charities in need.

This Call To Action is for each and every citizen of the world to realise that through small actions, we can be agents of change; catalysts towards a global movement for good. 2011’s Nelson Mandela International Day was been observed by the world as far afield as The United Arab Emirates, Ireland, Canada, Belgium, Zambia and Mexico… and now in 2012 Australia.

Inspired by an incredible man who has selflessly devoted 67 years of his life to the service of humanity, the United Nations declared Nelson Mandela’s birthday on 18 July, Nelson Mandela International Day; an annual day of humanitarian action, calling each and every one of us to give 67 minutes of our time to serve our local communities.

Founder of Our Big Kitchen’s Rabbi Dovid Slavin is humbled to be involved as the Host Sponsor to the Unveiling of Mandela’s Day Kitchen. “Food touches everyone on some level,” he says. “We turn raw food into cooked food and we add a dollop of love, community building and tangible compassion. It is our fervent hope that the inspiration of Nelson Mandela fuels more community building come July 18th.”

“Australians are passionate about food and cooking, and the response to this Call To Action for Mandela’s Day Kitchen has been overwhelming”, say Creators Alison Gregg and Cheryl Adamson. “The Unveiling on 18 July 2012 forms part of a long-term commitment to create a Global Cooking Community for Mandela, with positive discussions already underway with the likes of Brand South Africa, The Australian Culinary Federation and The South African Chefs Association.

Over the following 12 months, further Phases of Mandela’s Day Kitchen will roll out, not only to leverage and strengthen ties between Mandela’s home country, South Africa and Australia, but to ultimately extend across global borders to entice and invite people in other countries to share and showcase 67 minutes of cooking, in honour of a man who has truly made his mark on the world. “The objective is to create a hands-on interconnected culinary online community, via viral marketing and social media networks, providing a platform for master Chefs and humble home cooks to connect around a likeminded passion for sharing food, says Cheryl Adamson.

During his lifetime, Nelson Mandela has been a human rights lawyer, a prisoner of conscience, an international peacemaker, and the first democratically elected President of a free South Africa. Presented with the Nobel Peace Prize for his lifetime achievements in 1993, UN Secretary-General Ban Ki-moon declared that ‘Nelson Mandela is a living embodiment of the highest values of the United Nations’.

“Mandela has said that the future is in our hands. Nelson Mandela International Day not only provides a wonderful platform to celebrate his legacy, but a unique opportunity to honour and embrace the values he represents,” concludes Alison Gregg. “We hope that Mandela’s Day Kitchen inspires people all around the world to believe that through our own actions, we can help change the world… one meal at a time.”