Historically, Lebanon was included in the greater region of Levant, which sees many culinary similarities shared between Middle Eastern and Mediterranean countries. Oftentimes, dishes will cross over from country to country, though subtle differences are still often present. Common to Lebanese cuisine is an abundance of starches, whole grains, fruits, vegetables and fresh seafood, as well as skewered and barbecued or charcoal grilled meats. Garlic and olive oil are used frequently and many dishes will be seasoned with lemon juice. If you have never had the chance to travel to Lebanon, or you have and wish to relive the delicate, tantalising flavours, simply take a look at the following recipes for inspiration and give them a go for yourself. 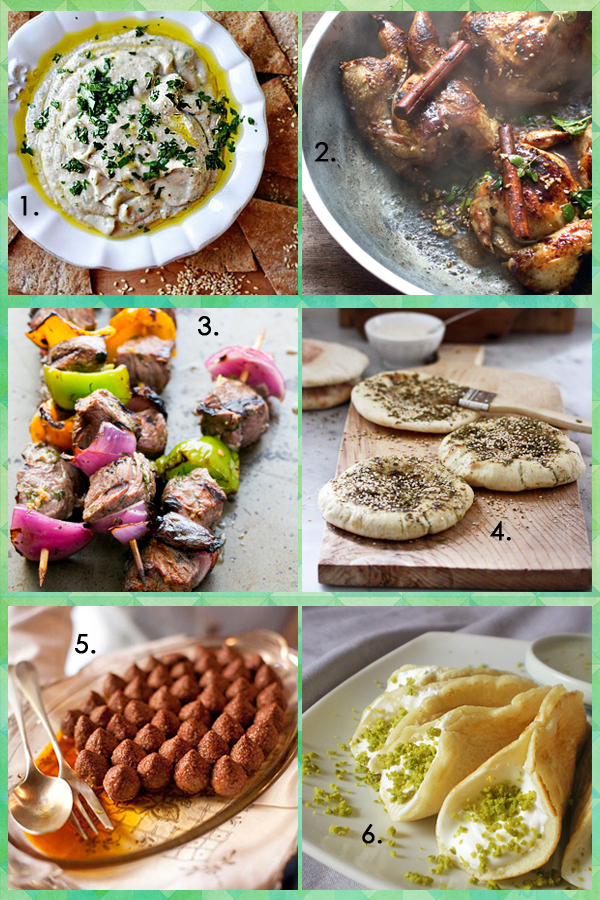 A Levantine dish, baba ghanoush is traditionally made up of cooked eggplant mixed with onions, tomatoes, olive oil and various seasonings. Baba ghanoush makes for a great starter or dip to accompany light mains, served with crispy crackers or spread over flatbread.

This aromatically flavoured quail may require a little more than your average kitchen skills, so be patient, taking time to carefully prepare it and you are sure to reap the rewards of your precision and dedication.

Meats used for kebabs vary across the Middle East and are generally dependent on local tastes and any religious prohibitions. The traditional kebab meat in Lebanon is lamb, but it is not uncommon for beef, goat, chicken, pork and fish to also be used. Kebabs are now loved worldwide and no doubt you may have already tried them - now make them at home yourself with this great recipe.

Historically, Lebanese females would bake dough similar to that of these mini flatbreads in a communal oven in the morning. This dough would then provide their family with daily bread, and they would prepare smaller portions of the dough with different toppings like Za’atar for meals throughout the day. Try out these mini herbed pizzas for a different starter snack or tapas at your next gathering.

Kibbeh is the national dish of Lebanon, and is a combination of the freshest minced lamb and burghul (cracked wheat), with essential "seven spices" (baharat). Though we don’t recommend it, Kibbeh can be eaten raw and shares similarities to steak tartare. Another common form is kibbeh qrass, which is the recipe and method we have provided, for hollowed balls, stuffed with filling and fried. Give these tasty bites a go today!

Tough desserts aren’t a big part of Lebanese cuisine, they tend to prefer syrups and rosewater flavours, delicate parties and bread based treats. Katayef are like small pancakes, only cooked on one side while the other remains silky, then they are folded and stuffed with ingredients like almonds, pistachios and cottage cheese. These would make a great snack for the kids, or adults with a craving for a sweet bite.