Italian cooking has come a long way in the past 20 years, just ask Melbourne’s David Dellai.

Head Chef and co-owner of inner-city Melbourne restaurant Il Bacaro, David grew up in an Italian background where he was encouraged to get involved in the kitchen by his mother Nicolina, at the age of four.

"I remember my family making pasta sauce and salami and it’s something I hope my daughter will be interested in and carry on in the future,” says David. "I always knew I wanted to be a Chef and more than 20 years on, the feelings are still the same.”

Taking charge of the kitchen at highly acclaimed Il Bacaro at age 24, confirmed his love for all things Italian and cemented a desire to one day own his own restaurant. It was a dream come true when he achieved this with the Little Collins Street establishment and David says it still feels surreal. 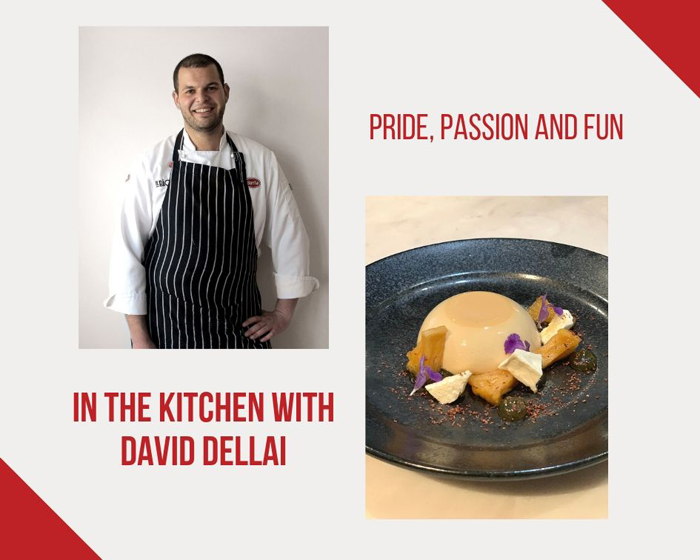 Named after the God of Wine, Chef Hat awarded Il Bacaro is the epitome of Venetian style in the heart of the city, focusing on simplicity and quality produce to plate up contemporary Italian classics.

David has taken many trips to Italy to understand the produce, style and well-being of modern Italian cuisine, dining in Michelin-starred restaurants along the way and at Piazza Duomo in Alba, renowned for the white Alba truffle.

"These visits have shown me how products and ingredients are treated with love and respect in Italy,” he says. "Everything you eat is just beautiful.”

Hand selecting the highly prized white truffle annually for Il Bacaro’s menu, David says it is such a delicacy, with a unique aroma and flavour, there is simply nothing else like it.

"I hardly cook with them so to speak. I let their natural beauty take effect – usually simply shaved on top of a dish, to let the truffle do the talking.”

A strong believer in enjoying what you do and doing it with pride, passion and a sense of fun, he says people rarely succeed unless they are happy in their vocations.

"Modern Italian cooking in Australia involves many traditional and regional dishes that we are not too familiar with. Using a combination of our knowledge and palate has made it interesting and approachable – Italian cooking has come a long way in the past 20 years.”

David brings his recipe for browned butter panna cotta to the AGFG table for us all to try, with caramelised pineapple wedges and caramel pineapple gel.

"I first tried a similar-style panna cotta when I was in New York. It had a warm mouth feel when the panna cotta was actually cold. It was amazing and I wanted to replicate it. It did my head in to get it right.

"After many failed attempts, one of my Chefs gave me a suggestion on how we should try to do it – and it worked!”

So, what’s the secret to David’s success?

"I believe you need to be consistent, humble and accept advice from others. Learn from your mistakes – failing is normal – just don’t give up.”

Just don’t pull his apron strings, David is OCD about a perfect apron!