From Bondi to Byron

Holding some of Australia’s best beaches, the New South Wales coastline runs from the famous whale watching region of the Sapphire Coast to the Gold Coast on the Queensland boarder. Sydney in particular is home to the likes of Coogee, Manley and the world renowned Bondi Beach, where the crowds flock for a look and a laze around. Further north, Byron Bay is renowned for its great surfing beaches, from beginner waves at Clarkes Beach to The Pass for a big swell challenge. 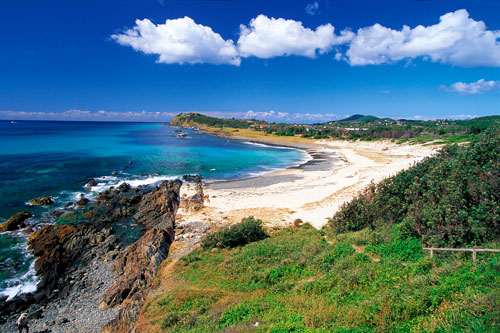 Coffs Harbour in the state’s north east coast has recently become something of a celebrity retreat, sporting a variety of popular family friendly beaches, namely that of Diggers Beach and Park Beach. Furthermore, if you’re a beginner looking to catch a wave, these are some of the best beaches to start on.

For surfers looking for a challenge, Lighthouse Beach and Treachery Beach in the sleepy town of Seal Rocks are well known for generating big swells and impressive waves.