The Albarino vs. Savagnin Debate 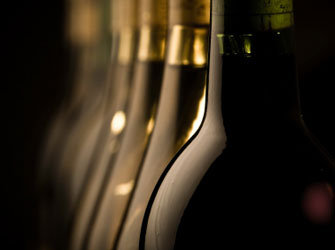 For a couple of years I have extolled the virtues of Albariño. Frighteningly trendy on the global scene and much loved by sommeliers, this variety has seen significant plantings in Australia of late. Many producers, notably Gemtree, Tscharke, Irvine and Chapel Hill all had significant plantings and commercial quantities in the marketplace by the time Jean-Michel Boursiquot, an ampelographer or vine detective from the University of Montpellier, visited Australia in 2008 and set the cat amongst the guinea fowl. Boursiquot suggested that much of what has been planted as Albariño in Australia might in fact be Savagnin originating from the French region of Jura. DNA testing has borne this out but significant confusion still abounds.

So how did it happen?

According to Dr Chris Bourke, the Spanish inadvertently sold Savagnin as Albariño between 1955 and 1984. Dr. Bourke himself questioned the authenticity of the CSIRO stocks as far back as 2004 and he also states that a French ampelographer identified some Spanish Albariño as Savagnin as far back as 1983. Earlier investigation could have spared much financial heartache for producers who have committed significant precious earth to the planting of this variety since Dr Bourke's questioning in 2004.

A number of growers assert that Australian plantings share many of the some key physical identifiers as Spanish Albariño. Several Aussie growers have confirmed that their plantings share with Spanish Albariño the following similarities – 2 seeds per berry (where Savagnin has one), 2 clusters per fruiting branch (Savagnin again has one) and conical clusters and wings where Savagnin's are cylindrical. Many local producers have been gob smacked by the confirmation that their plantings are Savagnin.

These are listed as a few of the 85 or so parameters to assess varietal and clonal differentiation under the EU regulations, they are not, on their own, reliable ... especially when the comparison between the Australian material was being made under very different growing ... and seasonal conditions. There is conveniently no mention of the pigmentation of the major veins on the leaf, leaf shape , leaf hairs and petiole shape which differed between the three varieties compared by Santiago, Boso, Gago, Allanso-Villaverde and Martinez in 2007 – Savagnin, Caiño Blanco and Albariño.

That being said, results in bottle have been nothing short of sensational and in no way contradicted local growers belief that what they had in the ground was 'as advertised'. Gemtree's first commercial release is a case in point: How to describe? Complex, red drinkers white; solid, textural, apple pie made with granny smith apples, pear, shortbread, long, intense, unique and steely but with inviting floral aromatics.

In the words of Jim Irvine:

If it walks like a duck and quacks like a duck it is a bloody duck... if what the Spanish are doing is confused then why not allow us the same grace... it is atrocious that the AWBC have said no to a sunset clause off the bat, they don't have that authority. It's all very well to be a compliance centre but they seem to have completely forgotten their marketing mandate... they are hurting us, not helping.

Additional confusion comes from the fact that Jura Savagnin is comparatively neutral, and is generally produced in an oxidized sherry like style where Spanish Albariño and Aussie Savagnin both share a basic aromatic quality and vibrantly fruity pallet. Dr Bourke believes that this reflects the existence of two distinct Savagnin clones and his planting trials confirm that at least some of the Australian plantings of Savagnin sourced from Jura prior to 100 years ago are the musqué clone. It is even less surprising that these new Aussie wines are delivering on expectations when we consider Dr Bourke's suggestion that much Spanish labeled Albariño may well be a blend of Albariño, Caino Blanco and Savagnin.

Australian producers had been divided in their approach to marketing and face pressure to release 09 wines now. Some, like Gemtree and Tscharke opted to promote 09 wines relying on recognition of their secondary branding, 'Moonstone' and 'Girl Talk' respectively. Savagnin will be mentioned on their back labels. Others like Irvine have considered a move to trademark and alternative name but have found stakeholder consensus difficult to achieve. 2010 vintages have largely been promoted as Savagnin, in the words of Marc Allgrove from Chapel Hill, 'Perhaps the only viable option is that we go to market with the message that Savagnin is exactly the same as what we have released in the past as Albarino, with all the same fantastic qualities and third party accolades.'

More Fruit for the Sideboard

There are other compelling reasons to promote the ongoing success of this varietal in Australia. Damien Tscharke produces a superbly fragrant and femininely muscular wine which up until the 2008 vintage he called Girl Talk' Albariño. In addition to seeing the taste and aroma relationship to its Galician nom de vin, Tscharke further identifies the vines suitability to the local climate, being disease resistant and requiring very low water inputs. It seems also well suited to a wide variety of climates, producing superb results from climates as diverse as King Valley and the Barossa.

There had been qualified industry support for retaining the name Albariño particularly given the confused and potentially varied varietal origins of what makes up bottled Albariño on the international stage. The change of name to Savagnin and subsequent market confusion threatens the continued existence of this style in Australia. Fortunately producers seem to be steeled to face the challenges of rebranding this new/old product. In the words of producer Rollo Crittenden, 'Australia is now the biggest producer of Savagnin as a dry white table wine with 150-200 hectares under vine, this is a magnificent wine style with much potential to grow in Australia but with an equally large marketing burden to face.'