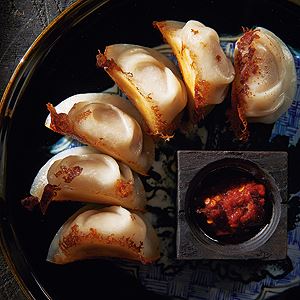 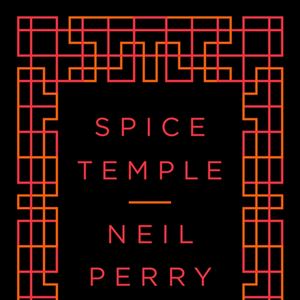 Sift the flour and potato starch into a bowl. Pour in the boiling water and mix with a wooden spoon until a dough forms, then tip out onto a floured bench and knead for 5 minutes or until smooth. Cover with a bowl and leave to rest for 10 minutes.

Divide the dough into walnut-sized balls and set aside, covered with a bowl. Use a small rolling pin to roll out a dough ball into a round about 10cm in diameter. Place a tablespoon of the lamb filling in the middle and fold in half to make a half-moon shape. Pleat the top of the dumpling into a series of folds to seal, then dip the bottom into some extra flour to prevent it sticking to the frying pan. Repeat with the rest of the dough balls and filling.

Pour a film of oil into a large heavy-based frying pan over medium–high heat. Working in batches, add the dumplings in a single layer, with their pleated side facing up. When they start to sizzle, pour enough chicken stock into the pan to come about a quarter of the way up the sides of the dumplings.

Cover with a lid and reduce the heat to medium. When all the stock has evaporated, the dumplings will sizzle and pop. Remove the lid and cook for a few more minutes or until a crust forms on the bottoms of the dumplings. Carefully transfer the dumplings to serving bowls.

Credits: Recipe from the book Spice Temple by Neil Perry with photography by Earl Carter, published by Lantern, RRP $69.99

Photo Credits: Recipe from the book Spice Temple by Neil Perry with photography by Earl Carter, published by Lantern, RRP $69.99 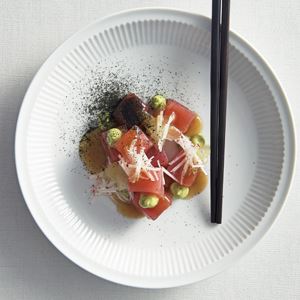 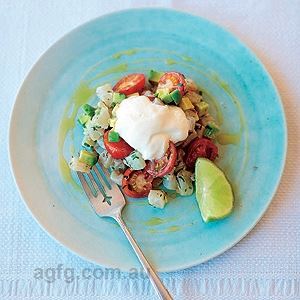 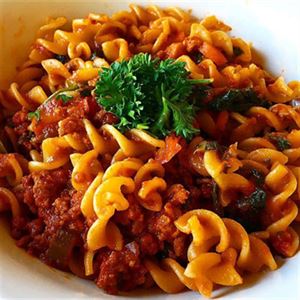 This recipe is packed with mood-boosting nutrients to help put a spring in your step. Red lentil ...