By Leigh O’Connor.
Did you know the world’s largest dish of ceviche weighed 4082 kg and was made in Mexico?
This fresh, flavourful dish historically has South American origins and even celebrates its own National Day - on Monday, June 28.
Typically, ceviche is made from whatever fresh fish is local to the area it is being prepared; in Peru this is usually sea bass or sole, while in Australia it could be kingfish, or pink snapper. Other common fresh seafood you will find in ceviche can include octopus, squid, prawns and shrimp.
Actually a chilled fish stew, ceviche needs to be ‘cooked’ in lime or other citrus juice; depending on the recipe, it can be served with tomatoes, onions and peppers. In Mexico, ceviche is traditionally an appetiser, served with toasted tortillas and raw onions; while Peruvians enjoy theirs with slices of cold sweet potatoes and a side of corn on the cob. 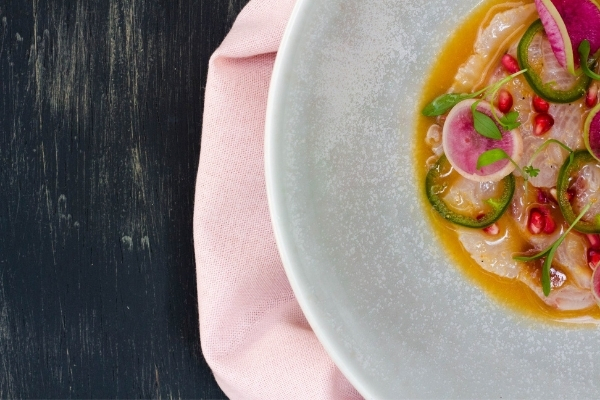 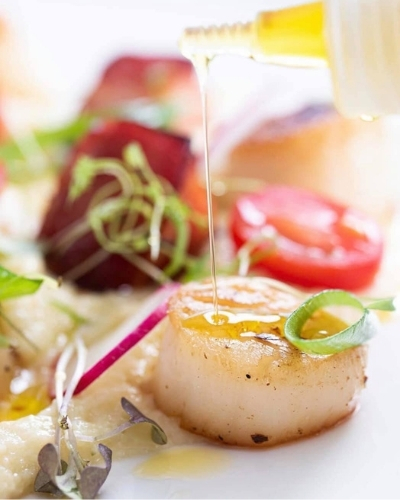 Sammy’s on the Marina dishes up scallops all weekend for National Ceviche Day.
One day isn’t enough to celebrate ceviche at Sammy’s on the Marina on Holdfast Promenade in Glenelg, it needs a whole weekend! This seafood restaurant offers stunning views of the beach, marina and sun setting over the ocean; on Saturday, June 26 and Sunday, June 27 Sammy’s is the place to celebrate all things ceviche.
Think Hokkaido scallops, Hamachi kingfish, Port Lincoln bluefin tuna and South Australian salmon, served with your choice of dressing and paired with wines; take a seat in the contemporary dining space and dive in, if you’re lucky you might even spot some dolphins swimming by.
For more ceviche recipes, click here.
Previous Post
When You’re in that Pink State of Mind – Celebrate International Rosé Day 2021 with this New Tsarine Rosé Brut.
Next Post
The Heat is On – Celebrate International Hot and Spicy Day on Saturday, January 16.