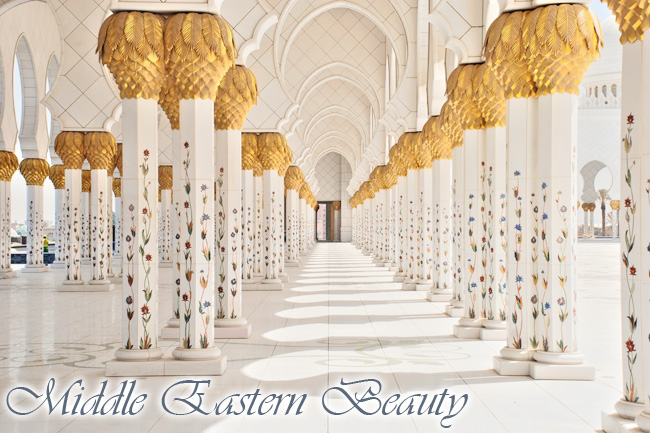 While we understand that there are regions in the Middle East that are unsafe to travel in as of present, and many more which one should exercise a high degree of caution if looking to visit, there is still much to be celebrated in these culturally rich countries. Some of the oldest cultures in the world began in this wide spanning region and continue today with discoveries still yet to be made in some sites which continue to be a source of curiosity for thousands. Take a moment to be inspired by the natural and architectural beauty of the Middle East, even if it’s only from your screen.

Situated in the West, this Egyptian desert offers a breathtaking panorama dotted by chalky sandstone clay formations shaped by harsh winds. Experience this by camel or in a four-by-four. Sunset and sunrise are stunning, so an overnight stay in the desert is a must. 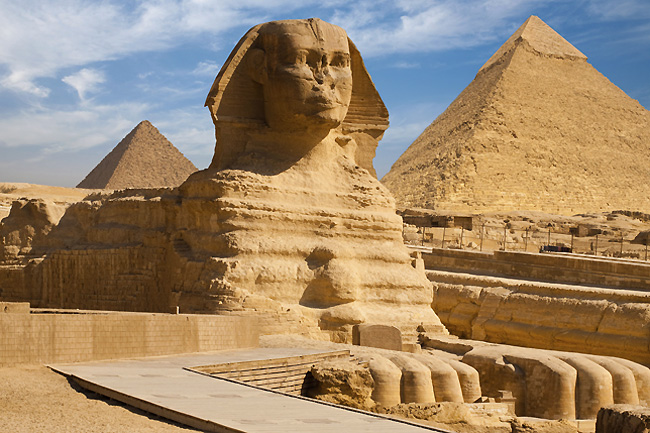 Should you find yourself in Egypt, no doubt you already have a visit to the Pyramids planned. The earliest known structures lay in Saqqara with the oldest known to be constructed around 1630 BC – 2611 BC in the third dynasty.

While Abu Dhabi has many impressive mosques, the most remarkable is Sheikh Zayed Grand Mosque in the capital city of the UAE. This mosque is considered to be the key site for worship in the country. 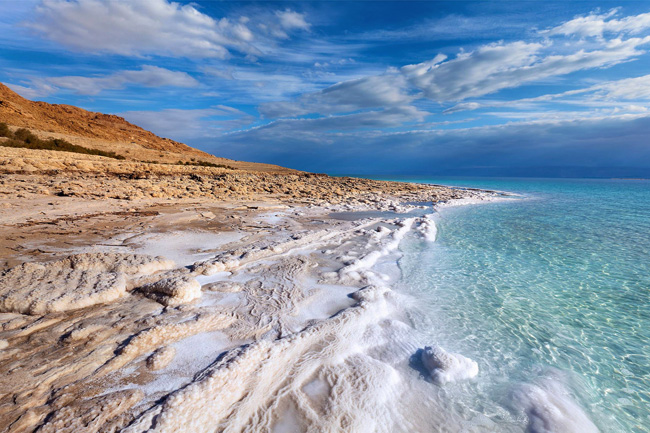 Surrounded by the Mountains of Moab and the Judean Mountains, enjoy tranquillity and health floating in the Dead Sea. Of the 21 minerals, 12 are not found in any other ocean and are acknowledged for creating a feeling of relaxation, skin health, activating the circulatory system and easing rheumatic discomfort.

Made up of two interconnected limestone caves that span nearly 9 kilometres, this underground system is a mesmerising sight. The upper cave galleries are home to the world’s largest known stalactite and contain a series of walkways for tourists. The lower cave can only be accessed by boat as it channels an underground river that provides fresh drinking water to Lebanese residents.

In Iran, these magnificent ruins sit at the foot of the Mountain of Mercy and are considered to be among the world’s greatest archaeological sites. The works began around 518 BCE by Darius the Great, the Achaemenid Empire King.

This excavated ancient city reflects centuries of history, from classical Greece through to the Roman Empire. At one time in history, it was considered the most important commercial centre and sat on fertile land in a strategic location.

An iconic archaeological site, this structure which is embedded in rock formations dates back to around 300 BC. This site is also referred to as the “Lost City” as it was lost to the Western world for hundreds of years. On a lighter note, it was also a film location for Indiana Jones and the Last Crusade.

Please note: some of these places are not advisable to be travelled in at the moment, while other places are currently safe, however, consider your travel choices wisely, and be sure to research through websites such as smarttraveller.gov.au before departing as caution statuses keep changing.

While a sensitive subject for so many, we wish to acknowledge the history and beauty of monuments that once stood in breathtaking displays across the Middle East, now no more as a result of war.

Ancient city of Bosra, Syria – the capital of the Romans’ Arabian empire. The centrepiece of the city is a magnificent Roman theatre dating back to the second century.

The Great Mosque of Aleppo, Syria – a world heritage site built in 715, this mosque ranked as one of the oldest in the world.

Jonah’s Tomb, Iraq – an important monument to Muslim and Christian faiths, Jonah’s Tomb was the believed to be the resting place of biblical prophet Jonah and what was believed to be a tooth from the whale that consumed him.

Armenian Genocide Museum, Syria – This museum was a memorial for the 1.5 million killed between 1915 and 1923. It was a yearly destination for pilgrims from around the world and included a church and a fire that burned continuously.

Palmyra, Syria – According to UNESCO, Palmyra was an ‘Oasis in the Syrian desert.’ The Aramaic city structures stood since the second millennium BC and featured some of the most advanced architecture from the period as well as giving insight into the Greco-Roman and Persian periods.

What else have you seen, that we may have missed in these majestic lands? We'd love to hear from you, email us on editor@agfg.com.au.