You can tell a lot about a man by the way he looks after his shoes, according to TV Celebrity Chef and meat advocate Adrian Richardson.

Just look in this La Luna Bistro and Bouvier Bar and Grill mastermind’s wardrobe and you will find row upon row of neatly polished and well looked after footwear. He has a self-confessed fetish for shoes and has way too many, along with an obsession with meat which started when he was growing up on a small farm. 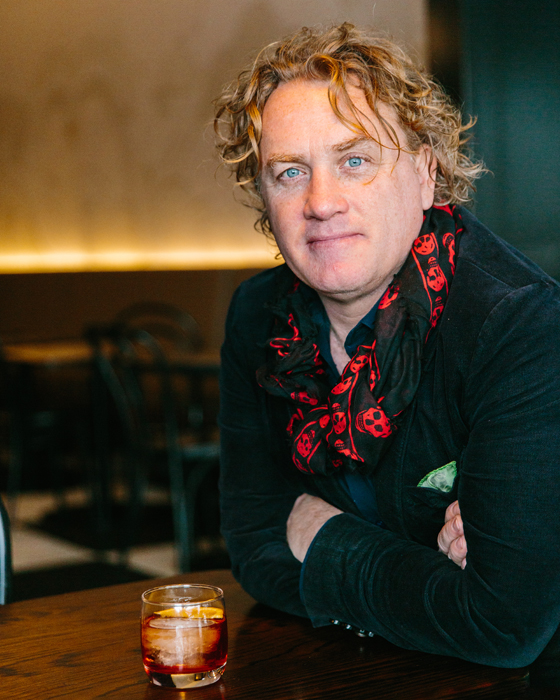 With his Melbourne La Luna venue now offering takeaway and delivery options during the global pandemic; this family man is busier than ever with television shows like ‘Secret Meat Business’ and ‘Good Chef, Bad Chef’,  where he is infamous for his indulgent recipes.

Then there’s his cookbooks – MEAT and The Good Life  – exploring all things meat so home cooks can enjoy simple, tasty food with family and friends.

"My family had a small farm when I was growing up and I learnt to kill and butcher small animals; when I started cooking, I naturally had skills when it came to butchery,” he explains. "When I started La Luna, I knew I had the chance to take those skills to the next level.”

It wasn’t the kitchen that first soared to mind when Adrian considered his future occupation as a teenager. With a father in the Australian Air Force and later an airline pilot, he was around aeroplanes and pilots all his life.

"I loved planes and got my pilot’s licence at the age of 16. To pay for my flying lessons, I got a job in a kitchen and it didn’t take long for the lessons to fade away and my life in the kitchen to take off,” Adrian says.

Growing up in a household with a melange of North African, Middle Eastern and Italian cuisine, Adrian’s heritage helps explain his enthusiasm for quality food that is packed with flavour.

"Anything could arrive on the table in my house and when my relatives came to town it would be vegetarian. My favourite was when I got to eat the lamb and mutton from the family farm, that I had helped kill and butcher.”

These early memories and heritage have helped define him as a Chef who feels at home with so many types of cuisines, enjoying cooking anything from anywhere.

As such a recognisable television celebrity, Adrian says he is constantly blown away and humbled when people stop him in the street no matter where he is in the world.

"The thing that I like the most is that people tell me that I have taught them to cook and that’s the biggest compliment I can get!”

On the show ‘Good Chef, Bad Chef,’  it is Adrian who is always going for the more indulgent dishes, but at home, he likes to keep things simple and healthy.

"On television, I cook sometimes food and every now and again I cook one-time food (only to be eaten once in your life), but at home I’m just Dad to three growing boys, so I try and cook simple, healthy food most of the time.

"But I just can’t help slipping in that extra bit of butter and bacon every now and again.” 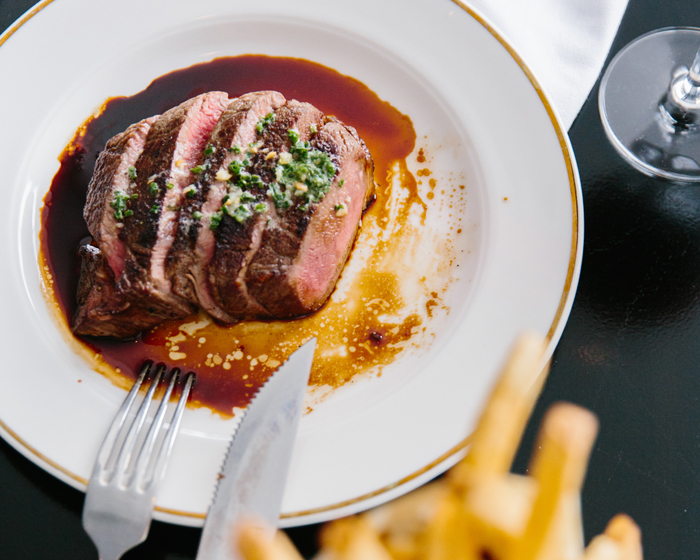 For those looking for the ideal family iso-meal, Adrian gives up his recipe for Scotch fillet cooked perfectly.

"A good piece of grilled steak is one of the simplest meals you can make, yet many people worry endlessly about how to cook it properly,” he says. "Here are some of my top tips, some of which might seem obvious, but believe me, they will all help you understand how to cook the perfect steak.”

Always buy the best quality meat you can afford; if you want your steak butter soft, choose eye fillet, if you want super tasty and don’t mind a bit of chew, go for rump, skirt or hangar.

"Steaks come in all shapes and sizes, so there’s no perfect formula for timing. For instance, a 250g steak that is flat and thin will cook more quickly than a 250g steak that is thick,” he explains. "Don’t cook your steak straight from the fridge, let it come to room temperature about 30 minutes before you plan to eat.”

Rub your steak all over with a little olive oil and season with salt and pepper before putting it on the grill. With thick steaks, you want to move the meat to a medium heat after initially searing it over a high heat, or alternatively transfer it to the oven to finish cooking after searing.

"Which brings us to turning. Some people insist you should only turn your steak once during the cooking process. I like to turn my steaks between three and five times depending on thickness, I find that this way the meat cooks evenly and ends up tender and juicy inside.”

Finally, and perhaps most importantly of all, once the steak is cooked you must rest it to allow the juices to settle back to the centre of the meat and the fibre to relax, becoming nice and tender.

We’re sure there’ll be steak on the plate at the Richardson household for many family meals to come and look forward to where this Chef’s career will take off to in the next five years, with exciting projects on the horizon.

Previous Post
Intoxicating Spice Recipes from the Fire Islands
Next Post
Give 'Em Pumpkin to Talk About - Perfect Halloween Pumpkins.