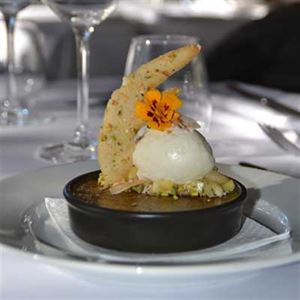 Combine soft butter and icing sugar in a mixing bowl until the sugar has dissolved and the mixture has turned pale white in colour. Add egg white and incorporate before adding the flour. Don’t over mix at this stage as you want to keep the fluffiness.

Transfer to a baking tray lined with a silicon baking mat, about 2mm thick. Bake as one big slab and break up after cooking, or make your own fancy shaped moulds from thick plastic or a bucket lid.

Sprinkle with crushed pistachios and toasted coconut flakes, bake at 150 C for about 10 minutes or until golden brown.

Choose a wide and shallow ramekin about 2.5cm high and 11cm in diameter.

Chop pandan leaves into 1cm pieces and scrape beans from the vanilla pod.

Place the cream, coconut cream, vanilla beans and pandan leaves in a pot over a medium heat and bring to a light simmer. Remove from the heat, let cool down and infuse for at least four hours, or for best result overnight, to give the mixture enough time to absorb the uniquely nutty flavour of the pandan leaves.

Put mixture back on the stove and bring to a simmer. Combine egg yolks and sugar in a large mixing bowl. Once mixture has reached a simmer, strain out the pandan leaves and slowly add to the egg and sugar mix.

Make sure not to whisk too vigorously as you want to avoid frothing.

Divide the hot mixture into ramekins and place in a baking tray. Fill the tray with hot water, 2/3 of the height of the ramekins. Cover with aluminium foil, leaving a small gap at one corner to allow air circulation.

Place in the oven and bake for about 30 minutes at 160 C, cooking times depend on the size of the ramekin used. Check every once in a while, they are cooked when they wobble a bit like jelly in the centre – don’t let them go too firm.

Once cooked, remove from the water bath and place in the fridge to set and firm up.

Toast the coconut shavings until lightly browned and aromatic.

Prepare a small pineapple salad by cutting into small cubes and marinating with the Malibu liquor.

Finish your crème brulee by blow torching a fine layer of white granulated sugar on top until brown and caramelised.

On one side of the ramekin, add a tablespoon of the pineapple salad and a sprinkle of coconut shavings.

Add a scoop of coconut ice cream on top of pineapple salad, garnish with some more coconuts shavings, a coconut and pistachio sable and edible flower. 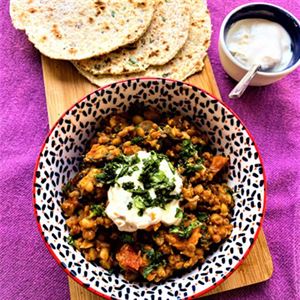 Lentils are incredibly versatile, not only do they provide a good source of plant protein, they a... 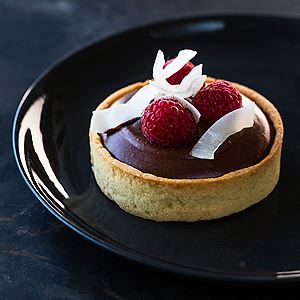 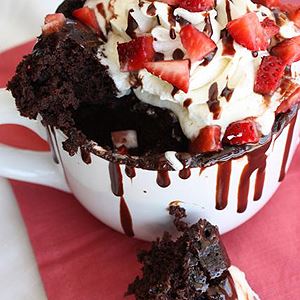