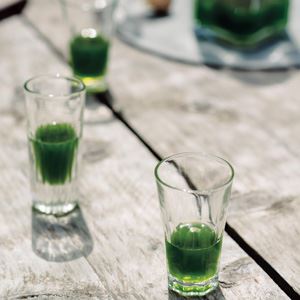 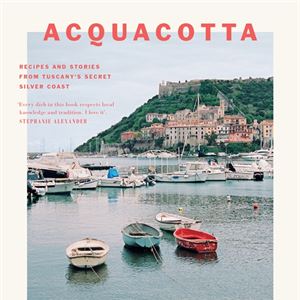 "Although homemade liqueurs require quite a bit of patience and waiting time before you can finally have a taste, they make a wonderful addition to the dinner table. It's the ultimate gesture of Italian hospitality to offer guests a strong and aromatic digestive (usually a herbal-based liqueur) at the end of the meal. As the name suggests, digestivi or digestifs are thought to aid digestion.

This fragrant liqueur is inspired by some of the herbs of the Mediterranean scrub that you can find growing rampant along the Maremman coastline: bay laurel and a hint of rosemary. Not by chance, rosmarino in Italian references the sea (marino, or marine), which it commonly grows near.

A nice addition to this liqueur would be a couple of tablespoons of mirto – berries from the myrtle plant, which are also used in the not far away islands of Sardinia and Corsica for traditional liqueurs. The berries' flavour profile is sometimes likened to a mixture of rosemary and juniper (which you can also find among the Maremman scrub). Sage leaves are a nice addition, too." - Emiko Davies.

Choose a spirit that is neutral in both flavour and fragrance, and preferably perfectly clear, too. In Italy, you can easily buy 190° proof (95% alcohol) in the supermarket for the purpose of making homemade liqueurs, but this isn't available in many other countries. If using a 190° proof alcohol, you should make slightly more syrup to dilute the liqueur sufficiently – use 200mL of water and 150 of sugar. The resulting liqueur should be around 37%–40% alcohol, which is as strong as you would want a drink like this! This is less successful with lower proof alcohol, but you could do an infusion of grappa or vodka, where the herbs lend the alcohol their flavour (not so much the colour). You don't need to dilute the alcohol, so rather than use syrup simply add 2 tablespoons of sugar along with the bay leaves. Filter after 2 weeks and serve.

The Robin Hood of Maremma:

There is a liqueur made in Capalbio, flavoured with local herbs, bitter orange and caramel and named after Domenico Tiburzi, a nineteenth-century Maremman outlaw. His criminal career began when he was caught collecting the leftover ears of wheat from a field belonging to the Marchese Guglielmi. Imprisoned and ordered to pay an unreasonable fine, Tiburzi murdered the Marchese's guard and escaped into the thick Maremman forest. Bandits were common in Maremma during this time and Tiburzi was revered as a ‘good' bandit, murdering the dangerous ones and protecting nearby farmers and their families for about thirty years. When authorities finally caught and executed him in Capalbio in 1896, the townspeople insisted their hero be buried in the cemetery against the church's will. They compromised, and Tiburzi was buried halfway in and halfway out.

Add herbs and orange peel (make sure there is no white pith as it is too bitter) to the alcohol in a glass bottle or jar and leave to infuse in the fridge for 1 week, agitating once a day. You will notice it looks fluorescent green – I love this colour that the liqueur draws out of the bay leaves, but unfortunately it turns darker as it ages.

Make a simple sugar syrup by combining the sugar and 150mL water in a saucepan and bringing to the boil. Let it simmer for 10 minutes, then allow it to cool completely. Add the cooled syrup to the alcohol and herb mixture. Leave to infuse for 1 more week, then filter the alcohol through a fine sieve lined with muslin (cheesecloth).

Pour into a glass bottle and let it age in a cool, dark place for 3–4 weeks before serving for the first time. If it is still a little cloudy, you can filter again if you wish. If you leave it cloudy, just remember to shake the bottle a little before serving.

Serve chilled and neat in small glasses to sip after a meal.

Credits: This is an edited extract from Acquacotta by Emiko Davies published by Hardie Grant Books RRP $49.99 and is available in stores nationally from 1 March 2017. 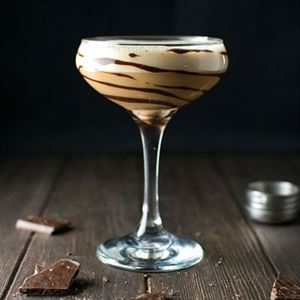 For those who love creme eggs. 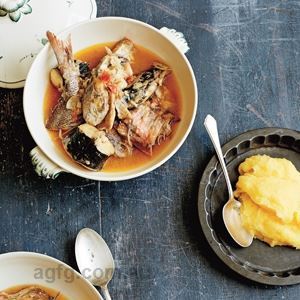 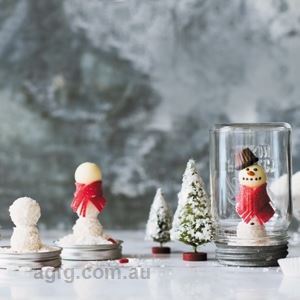