By Leigh O’Connor.
Bacchus may be the Roman God of Wine – but in the game of AFL there is another name with God-like status, Gary Ablett.
Whether you are talking about Senior or Junior, there is no doubt this football dynasty has left its mark on the Australian sporting scene. Now father and son have taken a passion for red wine to the next level with Ablett Wines.
In partnership with Geelong vineyard Austin’s Wines, the Abletts recently released a family collection of Shiraz and Pinot Noir, with both bottles hand-signed by the pair to celebrate one of this country’s greatest sporting families. 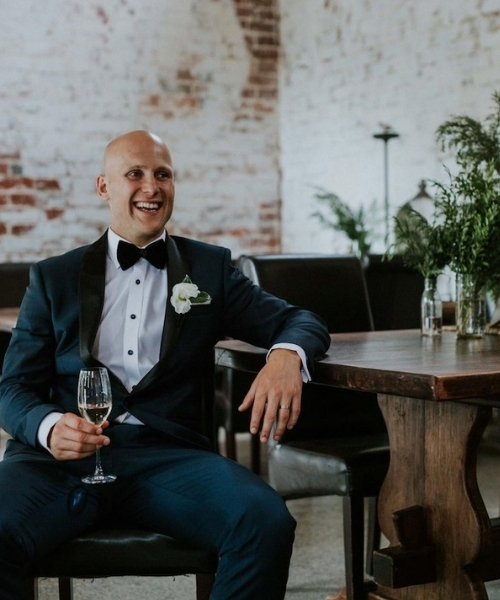 Retirement and winemaking…Gary is enjoying life after football.
This limited-edition wine release has iconic images of both players on each bottle, making it a highly sought-after piece of football memorabilia.
To mark National Wine Day today, we went one-on-one with the ‘Little Master’ Gary Jnr to find out how retirement and winemaking are kicking goals in 2021:
The whole idea of making red wine came about after his retirement from Geelong Football Club last year and a discussion between Gary and business partners Sean Tobin and Jaz Jassar.
"I really wanted to create something to celebrate having played 19 years in the game, something people could celebrate and enjoy with me,” he tells AGFG.
"After a lot of thought and consideration we agreed to move forward with Austin’s Wines. Mine and Dad’s drink of choice has always been a Pinot Noir, so when it came to choosing what wine to sell it was an easy decision in the end.” 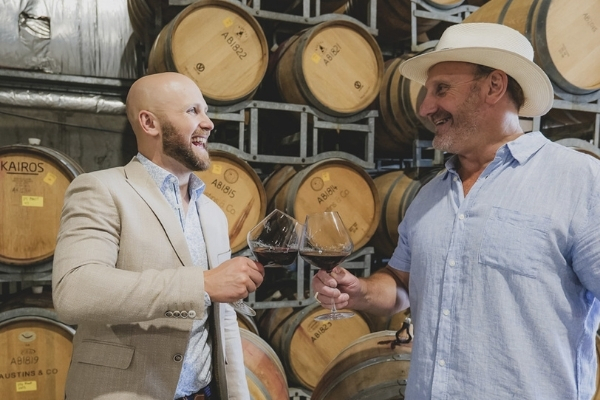 Father and son toasting success at Austin’s Wines.
Initially the idea was a one-off to mark Gary’s retirement, but after a great response and feedback it was decided to do a 2020 Premiership Shiraz with Richmond captain Trent Cotchin.
"Once again after a great response, we decided to move forward as a business and work with athletes and entertainers to celebrate significant milestones in their careers with wine,” Gary explains.
"One of the reasons we chose to collaborate with Austin’s Wines is because of their reputation in the industry. I’ve really enjoyed learning more about the process and what goes into making an excellent wine – however in terms of stomping the grapes, I’ll leave that to the experts.” 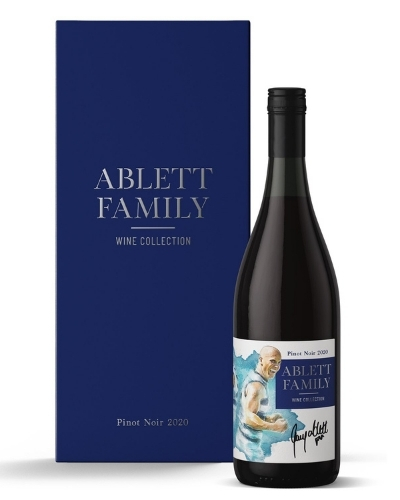 Hand-signed Pinot and Shiraz from Ablett Wines family collection offering.
Without giving too much away, Ablett Wines has some exciting projects coming up including expanding into making white wine and rosé. As for those tongue-in-cheek comments about coming out of retirement, Gary says he is really enjoying life after football.
"It’s allowing me to invest time into other things that I am passionate about and I’m enjoying the quality time with my wife Jordan and son Levi.
"The comments I made about a potential return were definitely tongue in cheek, but I will certainly be cheering hard for the boys from the sidelines and hopefully this year, they can win the premiership.”
So what would Gary recommend to accompany his Shiraz and Pinot Noir after a hard-fought game of footy?
"It would have to be either a good steak, or bowl of pasta.”
Previous Post
We Shell Overcome – Snail It on National Escargot Day with these Five Fun Facts and a Luke Nguyen Recipe to Try!
Next Post
How to Cook the Perfect Steak with Celebrity Chef Adrian Richardson 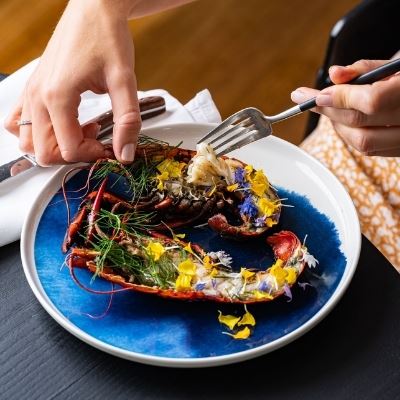 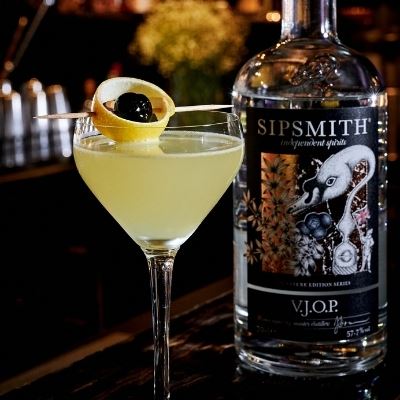