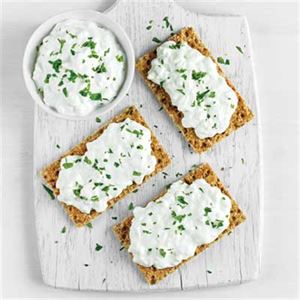 Take the cucumber in your hands and squeeze out excess moisture. Feel free to use a cheesecloth if you like, or if you’ve thought a little ahead of time, put the cucumber in a bowl first, with a bit of salt and wait an hour. The salt with leach a lot of fluid out of the cucumber, which makes it much easier to squeeze.

Combine all ingredients in a bowl and blend together with a fork.

This is actually best made the day, or at least a couple of hours, before serving to give enough time for the coriander and cumin to release their goodness. Raita is usually used as a dip for a variety of dishes and the yoghurt is supposed to take heat away from the mouth if you’ve had an overdose of chilli.

Raita often incorporates mint as well, in which case you might just want to blitz everything and end up with a dip that’s a rather pleasant, minty green.

Another common variation is coconut and banana raita, in which the labneh or yoghurt is mixed with thin slices of banana and a small amount of shredded coconut (raw, or slightly toasted). Again, this is reputed to take away the heat from chilli.

Tarator – this Balkan variation is traditionally a soup, but can also be a dip. It includes ground walnut and tahini, added to taste.

Using labneh instead of Greek yoghurt will result in a thicker dip, but let the dip settle a little first as the labneh will leach out more fluid from the cucumber and will thin out a bit. If you still don’t like the consistency, feel free to add a very small amount of the cucumber juice back into the dip, a little at a time, until you’re happy with it.

Credits: The Dips and Spreads Guide, New Holland Publishers RRP $24.99 available from all good book retailers, or online at www.newhollandpublishers.com. 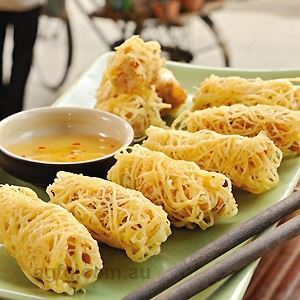 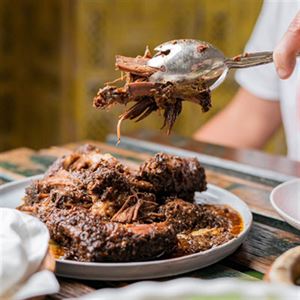 A great dish to feed a crew, with any leftover brisket perfect for making delicious stir-frys, st... 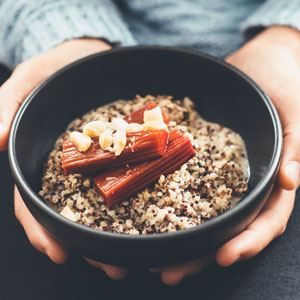 It may not be a traditional porridge but this gluten and dairy free version topped with tangy rhu...