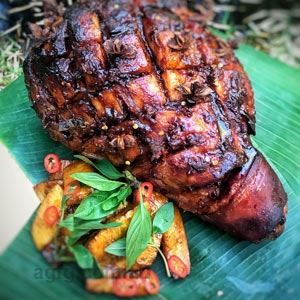 Place all glaze ingredients into a saucepan over medium heat, stirring to dissolve the sugar. Bring to a simmer and cook until liquid starts to thicken, approximately 8-10 minutes.

Remove the top and outer layer of the pineapple. Cut around and remove core. Portion fruit into large wedges and scatter on bottom of a roasting tray.

Remove rind from ham, leaving fat on. With a sharp knife, score the fat in a diamond pattern, taking care not to cut through the meat and stick a whole star anise into the centre of each diamond.

Using a pastry brush spread the mustard onto the scored area of the ham, then with your hands firmly press the brown sugar onto the meat. Place the ham onto a roasting rack and into the tray on top of the pineapple.

Cook for one hour, basting ham every 15 minutes.

Remove from oven, strain the liquid from the tray and set aside. Allow ham to rest for 15 minutes before carving, serve with the pineapple and sauce from the tray. 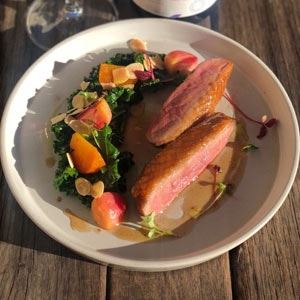 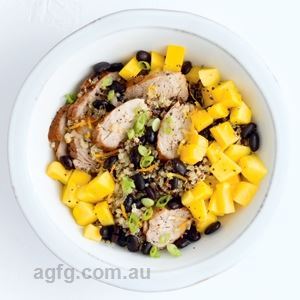 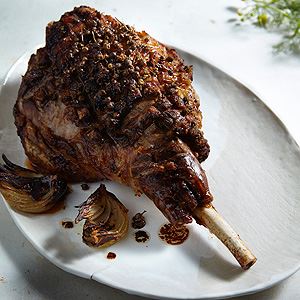