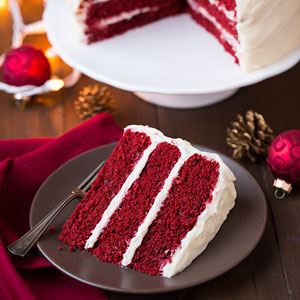 Pre-heat oven to 180 C. Butter 3 x 23cm round baking pans then line bottom of each with a round of parchment paper and butter parchment, set aside.

To a mixing bowl add flour, baking soda and salt. Sift in cocoa powder then whisk mixture 20 seconds, set aside.

In the bowl of an electric stand mixer fitted with the paddle attachment (if using an attachment that doesn't constantly scrape bowl, then stop mixture occasionally throughout entire mixing process and scrape down sides and bottom of bowl), whip together sugar and butter until pale and fluffy.

Mix in vegetable oil. Blend in eggs one at a time, mixing just until combined after each addition. Mix in egg yolks then red food colouring.

In a liquid measuring cup, measure out buttermilk then whisk in vanilla extract and vinegar.

Working in three separate, beginning and ending with flour mixture, add 1/3 of the flour mixture alternating with 1/2 of the buttermilk mixture and mixing just until combined after each addition. Scrape down sides and bottom of bowl with a rubber spatula to ensure everything is incorporated.

Divide mixture evenly among three prepared baking pans. Spread into an even layer and bake in preheated oven 26-30 minutes until toothpick inserted into center of cake comes out clean.

Cool in cake pan 10 minutes then run a knife around edges of cake to loosen and invert onto wire racks to cool completely.

Store cake in an airtight container in refrigerator.

For the Cream Cheese Frosting:

In the bowl of an electric stand mixer fitted with the paddle attachment, whip together cream cheese and butter until smooth and fluffy.

Mix in vanilla and powdered sugar and whip until light and fluffy (at this point, chill frosting in refrigerator for a bit, returning to mixer and mixing occasionally, for a more stable consistency). 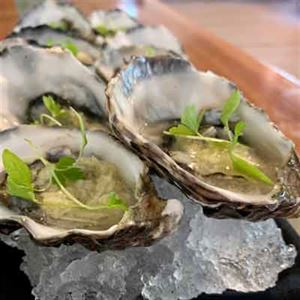 "I love all seafood, but oysters are special. I’ve always joked that oysters and figs are two ing... 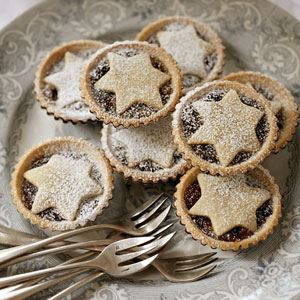 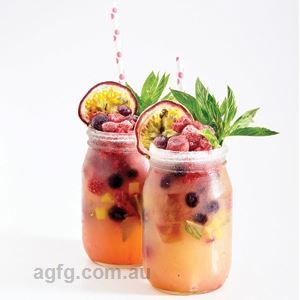