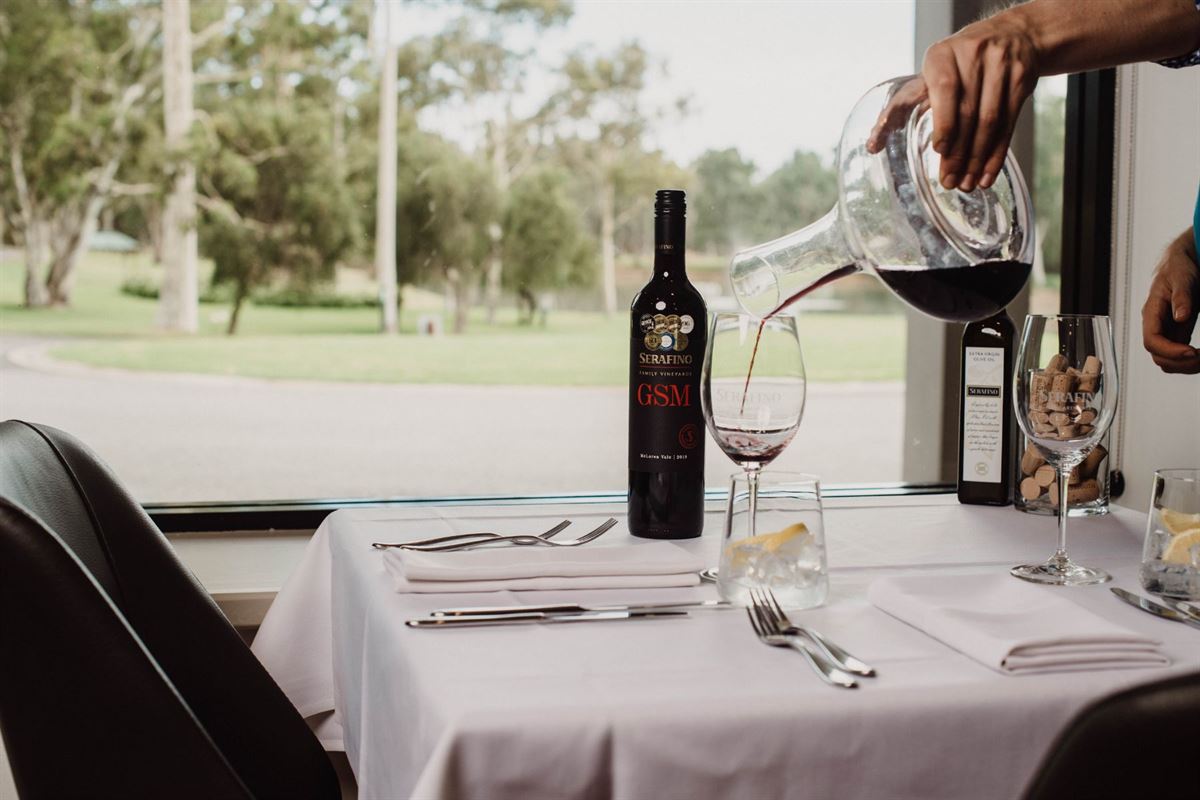 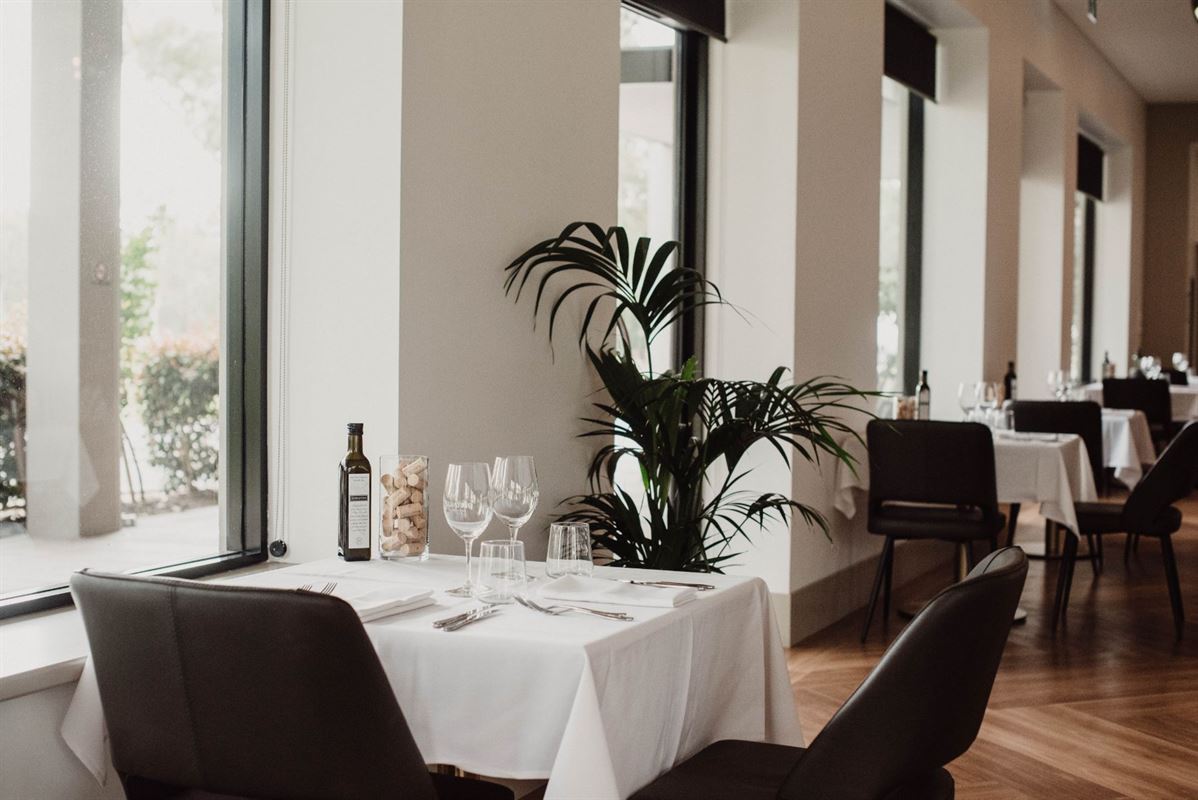 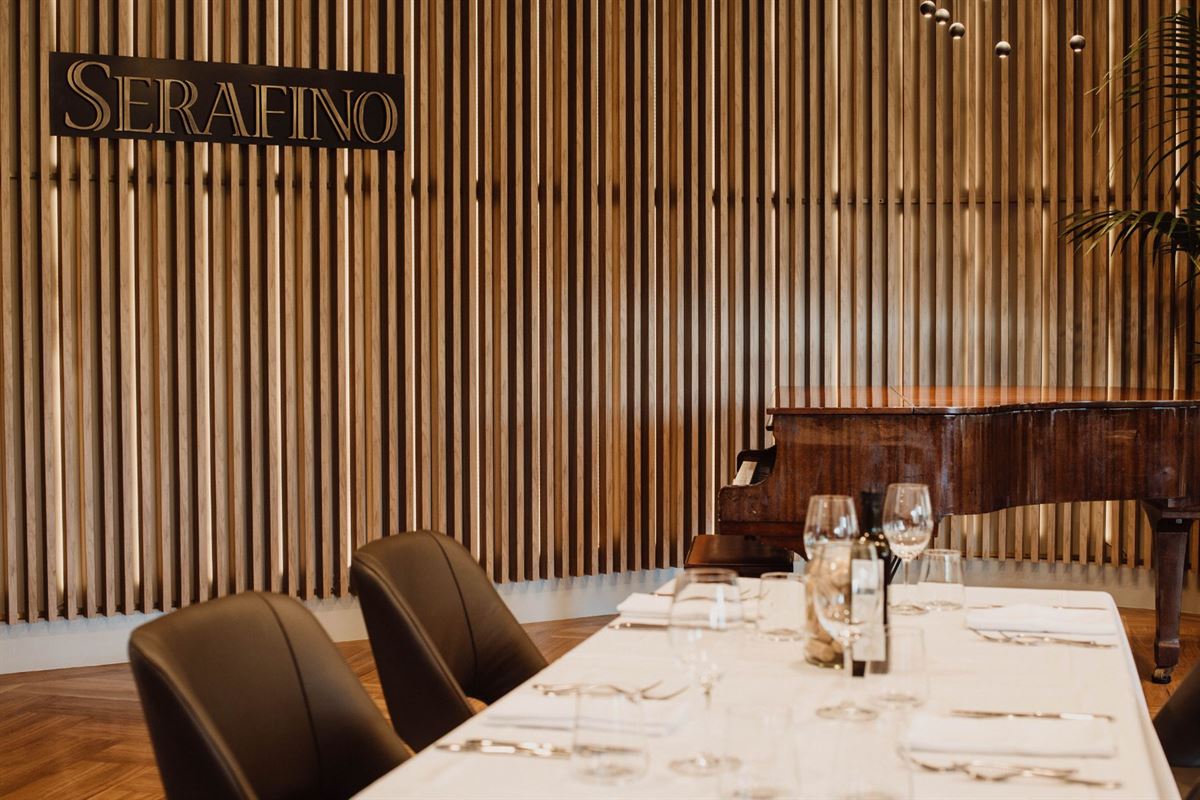 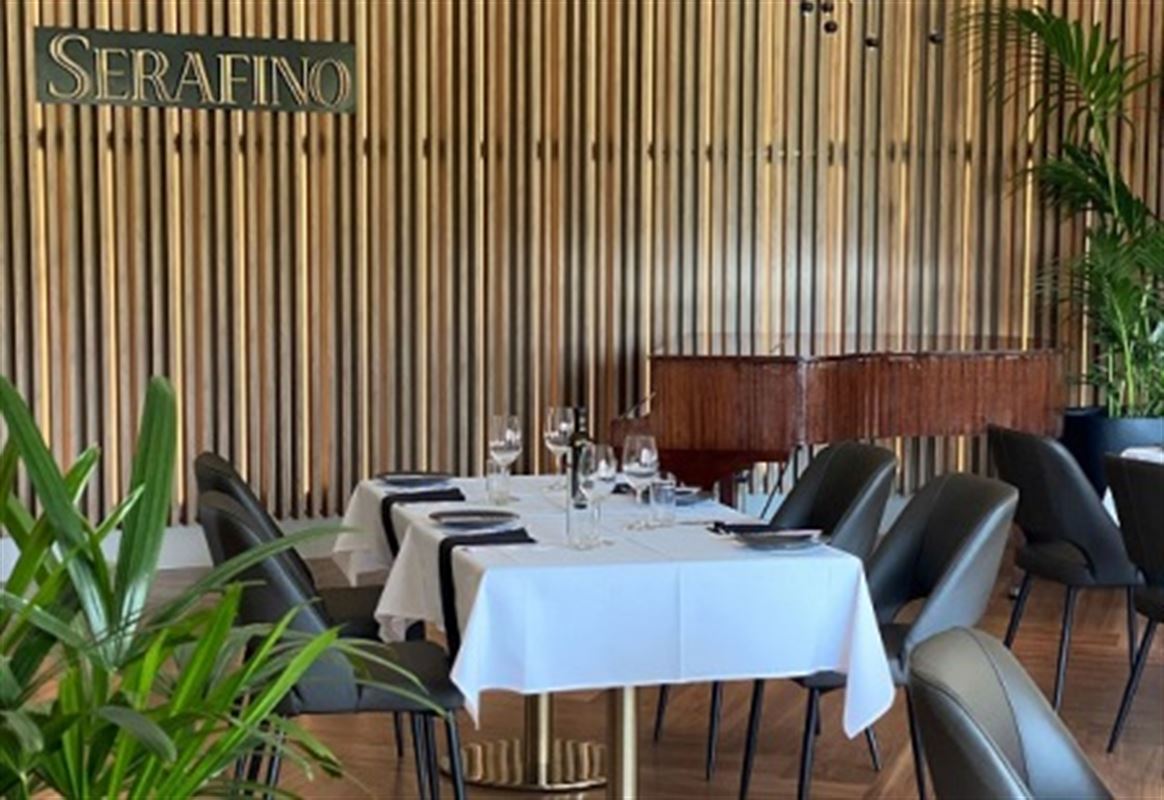 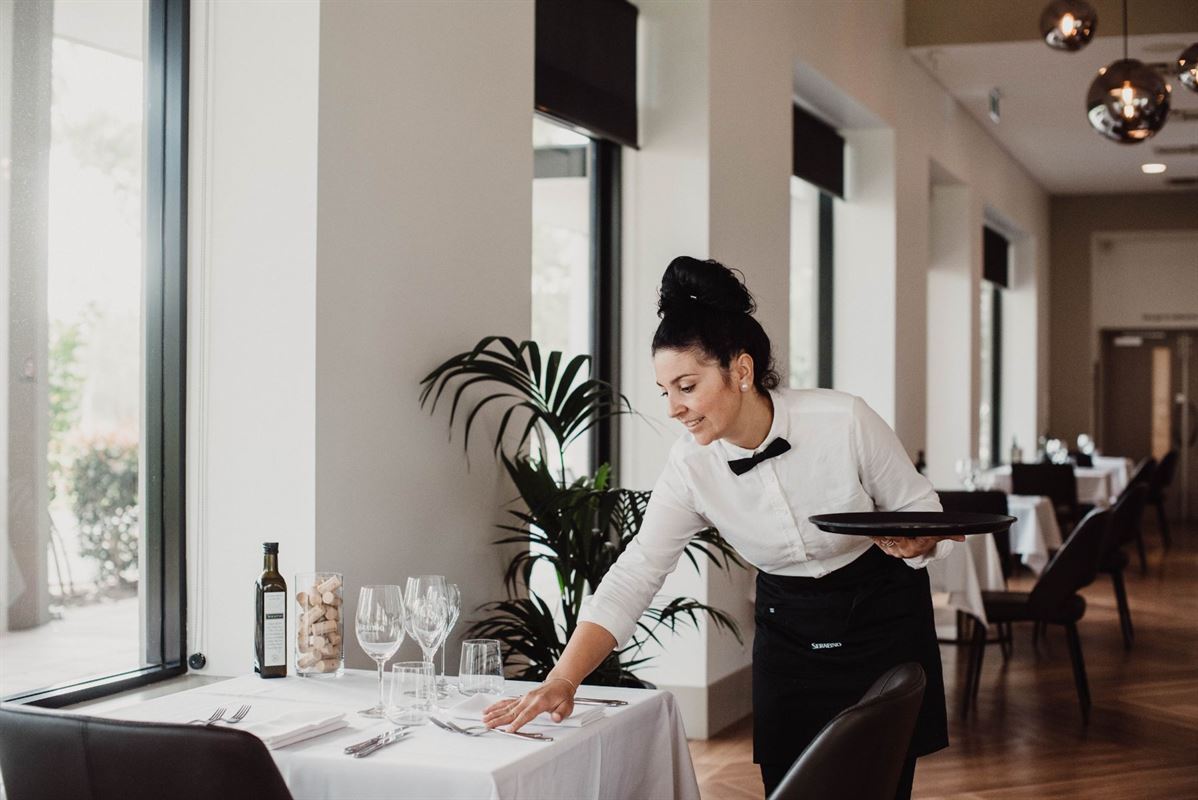 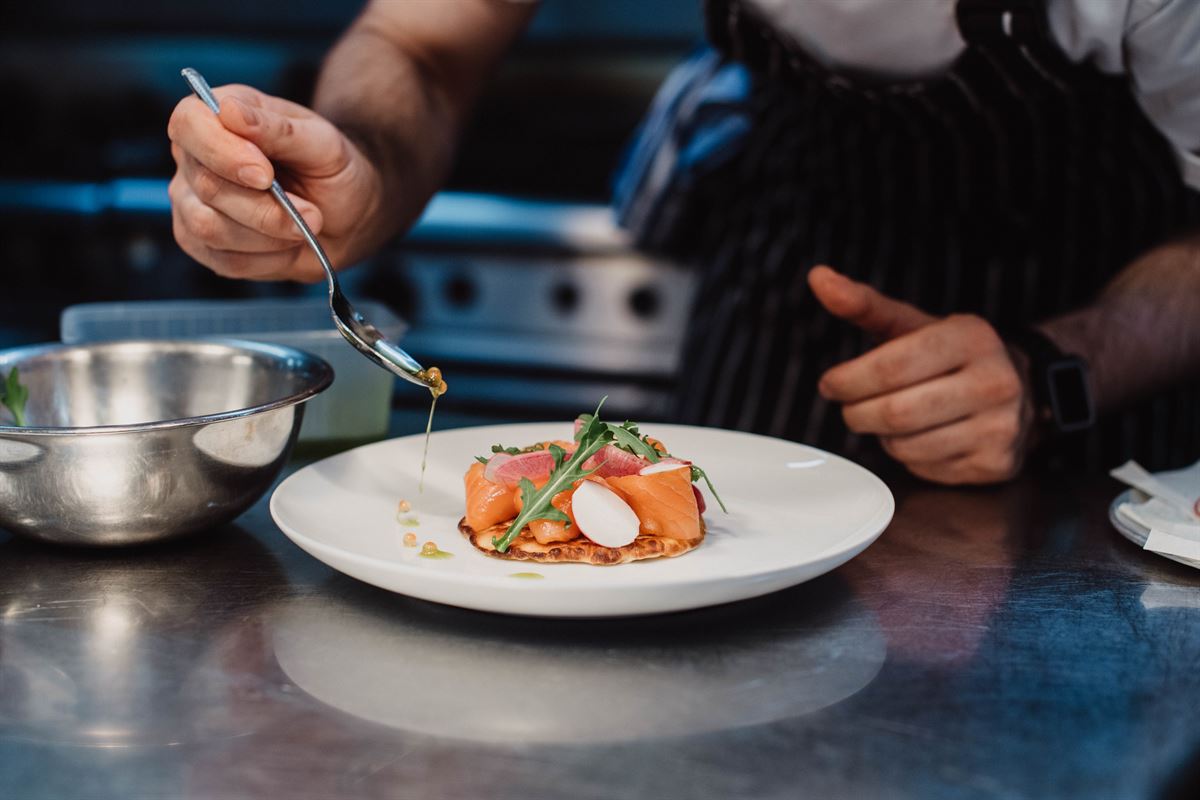 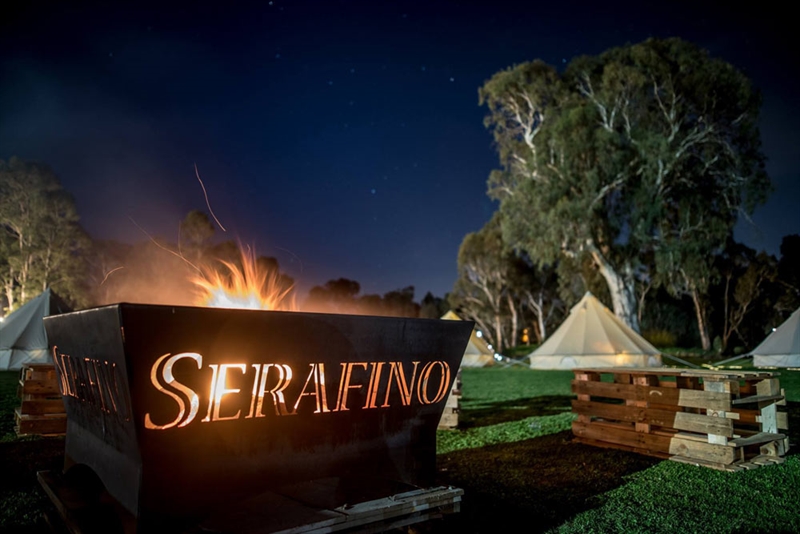 A few words from Serafino Restaurant

Food has always been a passion of mine but I didn't immediately consider it a career prospect. Initially, to appease my parents, after I finished secondary school I started studying a bachelor degree in law. However, six months into my studies I realised that I had no true interest in law.

At that time, the idea of becoming a chef became more of a realistic vision for me, but I wasn't ready to take it to the next step. I thought that I should try to persevere with my studies and perhaps it was law that was deterring me from continuing my tertiary education. As such, I changed to a bachelor in electric engineering. But yet again, about six months into that degree, I lost interest in my studies. It was at this time, that I decided I was ready to pursue a career in food.

I enrolled in one of the most prestigious culinary institutes in Italy, the ALMA International School of Italian Cuisine. I thrived every day that I was at that culinary school. It strengthened my love for food.

Once I completed my culinary studies, I was employed at a two Michelin star restaurant located in my home town of Ragusa, Sicily. Whilst at the restaurant I was able to put my skills into practice and learned professionalism in a well operated kitchen. During my time at the restaurant, I worked in all of the departments including pastry, mains, pastas and entrees. This enabled me to build foundational knowledge in all of those areas.

After some further experience in other restaurants in Sicily and in the north of Italy, I decided to move to Melbourne, Australia. My first restaurant experience in Melbourne was at Bistro Vue, a one hat French restaurant which is a part of the Vue de Monde Company owned by Shannon Bennett.

I was at Bistro Vue for three years and I worked my way up to Senior Sous Chef. My time at Bistro Vue was undoubtedly the most challenging, rewarding and formative working experience of my career. Being at a French restaurant, I developed a fondness for classic French cuisine, and it is the base of my style of cooking today.

Whilst in Melbourne, I also worked with Paul Wilson at his one hatted restaurant Wilson & Market. Paul introduced me to exotic foods, spices and flavours. He showed me how to use Australian produce to create modern Mexican, South American, European and Middle Eastern dishes.

Towards the end of my career at Wilson & Market, I decided that I wanted to take an opportunity where I could have more control over the direction of the menu and restaurant. I moved to McLaren Vale in South Australia and found my second family at Serafino's restaurant. Since being promoted to Head Chef, I have revolutionised the menu by focussing on offering customers a Mediterranean style cuisine using seasonal local produce with classic techniques.

I grew up cooking with my grandmother who was a wonderful cook for my family. She instilled the love of cooking in me. When I was young, I would prefer cooking dinner for my family than completing my homework. As I previously said, I never thought there would be a career in cooking for me, but I am so pleased that it consumes my days. 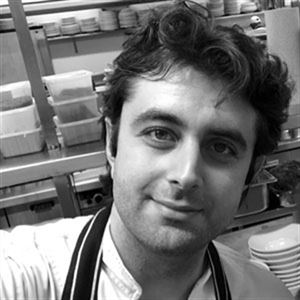 Serafino McLaren Vale offers many features & benefits making us the ideal venue to host your event. Serafino offers delegates & guests a memorable experience for any business or organization & we look forward to the opportunity in welcoming you & your delegates to our resort for your event.

Knocking it out of the park
We came to Serafino for the wine and were blown away by an amazing chef serving up the best food we have tasted in a very long time. We had the 4 course pairing dinner and were blown away by the imagination, ingredients and truly amazing taste coming from the kitchen. Each course was a sensation for the palate with paired wines stunningly served by a brilliant front of house. To say you should visit this restaurant is an understatement, you will be truly amazed by the sheer culinary talent and professionalism of those in support. Thank you for a memorable evening.

5 menus down, still just as good as first time
We've been to 5 menus since Spring 2018 and loved each of them. The standard of food (presentation, quality ingredients, creativity, flavour balance and seasoning) is consistently some of the best we've eaten anywhere. Elegant food in a lovely location with high class service that doesn't feel elitist or exclusive, it's welcoming and relaxing.

Serafino has become my 'go-to' luncheon destination in McLaren Vale.
I returned within the month, again to a luncheon service, and this time with a friend visiting from Switzerland. We were both delighted with the amazing food and I was well pleased to have the opportunity to try more dishes from the Spring Menu. We started with The Kitchen Garden plate as a shared starter. Delicious! I will find a reason to return soon to try more from this inspired menu.

Just go! You will be rewarded with the most exquisite experience for your taste buds.
Lured by the pretty photos on Instagram as we searched for a place for lunch, a friend and I said to ourselves, ‘why not?’ How rewarded were we! Absolutely gorgeous Spring menu with the obligatory ‘you need to taste this’ swapping of dishes to double the delight. Chef Daniel Armon is modest but needn’t be, his food makes you think he’s honed his craft at an international level and brought it back to South Australia for our gain. Having just returned from living in Paris for 2 years, Serafino’s pastry chef reminds me of the award winning patisserie in my old neighbourhood in the 16th. What an unexpected treat we had that day. I repeat, just go!

A truly amazing luncheon experience. I was intrigued by the photos of dishes from Serafino's Spring menu that I had seen on Instagram, which led us to choose Serafino as our luncheon destination. What a great choice. Boy, did we hit the jackpot!
As impressive as the photos are, I wasn't prepared to be completely blown away by the dishes I enjoyed today. Their Spring menu is fresh, innovative and full of temptations. The visual presentation, flavours and textures of each dish, stunning. I am in awe of the skills on display from Chef Daniel Arbon and his team. A deft and light hand are evident in the presentation of the dishes. There is a confident playfulness in the selection of flavours and textures, too. The 'wow' factor started with the amuse bouche and continued through the meal to its conclusion of petit-fours, served with a herbal tisane. Front of house staff were excellent as well. I recommend this dining experience as a 'must' and I can't wait to introduce my foodie friends to it. Bravo to all involved.

Incredible consistency over 3 menus
We first came to Serafino for their September 2018 menu. Since then we've come back for their Summer 2019 and now Autumn 2019 menus. What we can now say is that their consistency is amazing. No one shot wonders here. Each menu has developed and grown and improved which is hard to do. Their creativity seems to have no end and their attention to detail is to be applauded. Great balance on every dish (and we've had 7 course tasting menus each time) is excellent. They balance not only for seasoning but also for texture and freshness. If you have something rich, their is something fresh to balance. We've never left feeling like we've eaten too much or that it's been to rich. Very impressed and we hope they will continue in this style as it's a real treat finding somewhere this creative consistently. Well done.

sensational
We attended on a Friday for the spring menu 2018 and had the 7 course degustation. Every single dish was perfectly balanced with seasoning. There was texture, there were complex techniques balanced with fresh produce that had been treated with respect. This is how you do a degustation!

A truly fabulous lunch at Serafino Winery's restaurant. The chef has crafted an innovative, delicious menu and there wasn't a single item on there that we wouldn't have liked to try. In the end, the cod and the beef mains were absolutely superb choices, while the entrees and desserts also tasted wonderful. Naturally, the wine list consisted of some of Serafino's finest and, coupled with the immensely friendly service from the cheerful and knowledgeable waiting staff, we were thoroughly pleased with this meal. In our opinion, the food was easily at the same standard as a One Michelin Starred restaurant in London and deserves some Chef Hats.

This is now called Serafino's. A venue to go for special occasions. We have eaten here twice and have received excellent meals and service on both occasions. The menu has a dish that suits everyone from steak, pasta to vegetarian.