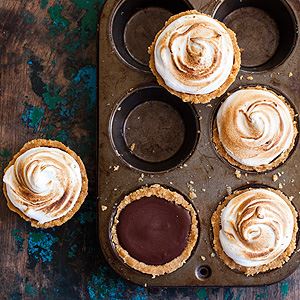 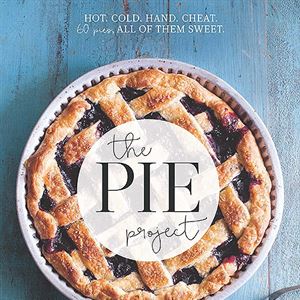 "Growing up, I always loved the descriptions of S'mores in American novels. While we were occasionally allowed marshmallows with our mug of unsweetened cocoa, S'mores would definitely have been off limits! This is my take on those classic American campfire flavours. I took these to my partner Simon's house after the shoot and while we didn't sit around a fire singing camp songs, standing in the kitchen at midnight devouring them with a glass of red was, I think, just as satisfying." - Phoebe.

Pulse the biscuits and ginger in a food processor to fine crumbs. Add the butter and pulse again to combine.

Press the crumb mixture into the bases and sides of a six-hole 80mL capacity muffin tin, then chill.

Put the chocolate in a heatproof bowl. Heat the cream in a microwave-safe jug in the microwave on high, or in a small saucepan over medium heat, until it reaches just below boiling point. Pour over the chocolate and stir until it forms a smooth, melted ganache. Divide among the muffin holes and chill for 2 hours or until set.

For the marshmallow topping, whisk the egg whites and sugar together in a heatproof bowl set over a saucepan of gently simmering water (make sure the bottom of the bowl doesn’t touch the hot water). Whisk for 10 minutes until thick ribbons can be formed and the sugar has dissolved.

Whisk in the marshmallows until dissolved, then transfer to the bowl of an electric mixer and whisk until cooled completely. Dollop on top of the chocolate ganache and, using a kitchen blowtorch, gently caramelise the marshmallow. If you don’t have a blowtorch place them under a very hot grill (broiler) for 1–2 minutes. Serve immediately.

Credits: This is an edited extract from The Pie Project by Phoebe Woods & Kirsten Jenkins, published by Hardie Grant Books, RRP $29.99.

Photo Credits: This is an edited extract from The Pie Project by Phoebe Woods & Kirsten Jenkins, published by Hardie Grant Books, RRP $29.99. 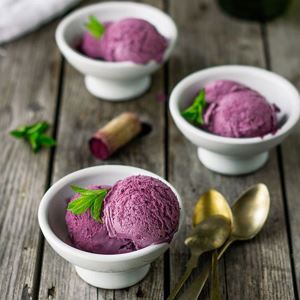 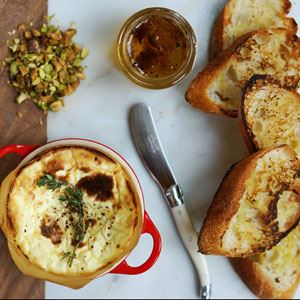 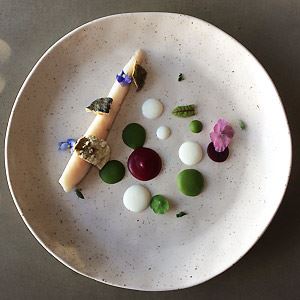