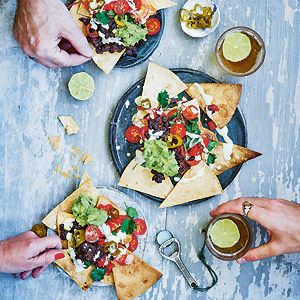 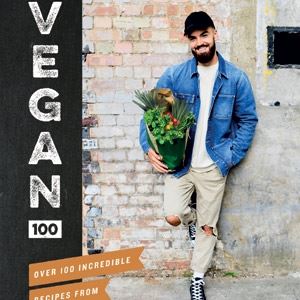 To make the nacho cheese sauce, drain the soaked cashews and add to a blender with the rest of the ingredients. Blend until smooth. Cover with cling film (plastic wrap) then place in the fridge until ready to serve.

For the salsa, hold the red pepper directly over the flame of a gas hob to char the skin, turning it around using tongs until it’s completely charred. Put the pepper in a bowl quickly and cover with cling film. If you don’t have a gas hob, grill (broil) or roast the pepper.

Meanwhile, prepare the rest of the salsa ingredients: quarter the cherry tomatoes and add to a bowl with the red onion, fresh coriander and lime juice.

Remove the cling film from the pepper bowl. Cut the pepper into 4 and remove the seeds and stalk. Then, using the back of a small knife, scrape away the charred skin from the flesh. Cube the peeled pepper flesh, then add it to the salsa bowl. Mix well and season, then set aside until you’re ready to serve.

Next up, the black beans: melt the coconut oil in a small saucepan, then add the beans with all the herbs and spices, and the tabasco. Stir over a low heat until piping hot.

To serve, fill a serving bowl with the crispy baked nachos, then the black beans, followed by the salsa. Finally, drizzle the cheesy nacho sauce all over and top with fresh avocado, pickled jalapeños and fresh coriander.

Credits: This is an edited extract from Vegan 100 by Gaz Oakley published by Quadrille RRP $29.99 and is available in stores nationally. 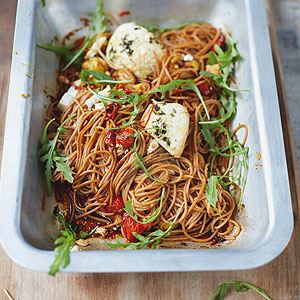 Spelt spaghetti has an incredible nutty taste and is a great alternative to regular spaghetti as ... 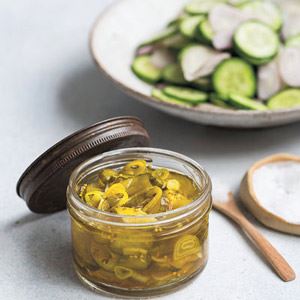 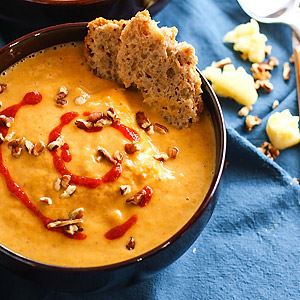