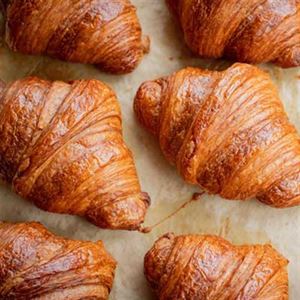 Puff pastry was invented in 1645 by French pastry cook apprentice Claudius Gele, who made bread dough and inserted butter into it, kneaded the dough, folded it several times and then made it into a loaf.

Temperature is everything, when the butter is too cold it can shatter inside the dough, ultimately producing inconsistent layers. When it is too warm, it can mush down into the dough, incorporating rather than forming its own unique layers. Ideally the butter and dough should always be between 18 C-20 C, malleable, but still more firm than soft.

To make the dough:

In the bowl of a stand mixer fitted with the dough hook, mix the bread flour, all-purpose flour and salt to combine.

Add the butter and mix on low speed until it is fully incorporated and the mixture looks a little crumbly, about 1 minute.

Add the water and mix until the dough comes together, about 4 minutes.

Raise the speed to high and mix for 1-2 minutes more, until the dough is smooth.

Turn the dough out onto a work surface and form into a rough rectangular shape. Wrap tightly in plastic wrap and chill for about 30 minutes.

To make the butter block:

In the same stand mixer bowl, this time fitted with the paddle attachment, mix the butter and flour until well combined.

Scoop the mixture onto the lower third of a piece of parchment paper, cut the size of a baking sheet and use a small offset spatula to spread into a rectangle about 1cm thick.

Take care to square off the edges as best you can, then cover the butter block and refrigerate until it is firm but pliable. It should be able to gently bend without breaking.

Sealing the butter inside the dough is called the ‘lock in’. Use as little flour as possible to roll out the dough, this will make it easier to seal the dough later.

On a lightly floured surface, roll out the dough to slightly larger than the width of the butter block and twice the length.

Be sure to keep the edges straight and squared off. With one of the shorter sides facing you, place the butter block on one end of the dough, using the parchment to guide the placement, then peeling the parchment away.

Tightly wrap the dough and chill for 15-30 minutes, until firm but pliable.

On a lightly-floured surface, roll out the dough into a rectangle 1cm thick. Face the dough so that one of the shorter sides of the rectangle is facing you, if it isn’t already.

Fold the larger side over the smaller side, essentially folding in half, then wrap and refrigerate for 20-30 minutes.

On a lightly floured surface roll out the dough into a rectangle 1cm thick. Face the dough so one of the shorter sides of the rectangle is facing you. Fold the top portion of the dough about 1/3 of the way over the dough.

Do the same with the right edge, folding it 1/3 of the way over, resting it on top of the other piece just folded. Wrap and refrigerate for 20-30 minutes.

Wrap the dough tightly in plastic wrap and refrigerate for at least 12 hours and up to 2 days before using.

For longer storage, it can be frozen for up to 3 months – just thaw overnight in the refrigerator before using. 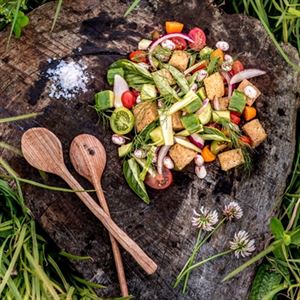 “Panzanella is a salad made from stale bread and leftover summer vegetables. At home we would nev... 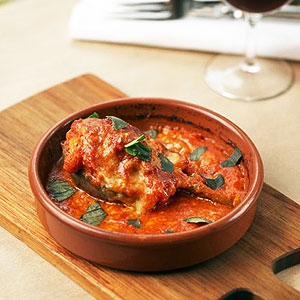 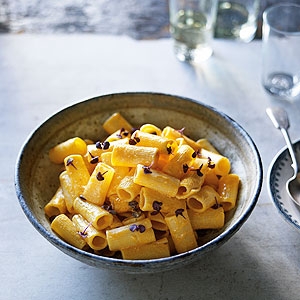 In the southern Italian region of Calabria they like it hot and this fantastic version of pesto i...