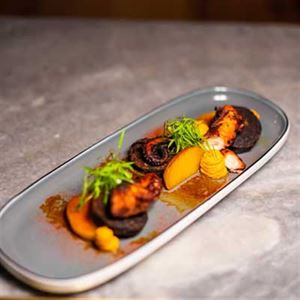 Roast peppers on a BBQ, preferably wood-fired over peach or applewood to give a lightly smoked aroma. Cool in a bowl covered in cling wrap. Peel and deseed.

Blend peppers with EVOO until emulsified.

Fold in almond meal and add vinegar. Season to taste.

Cover with EVOO until fully submerged.

Cool in oil to infuse flavours.

To reheat, brush with some of the remaining confit oil and season well.

Cook over a charcoal grill, over peach or applewood, until lightly blackened and smoky.

Peel potatoes and cut into rounds about 40mm in diameter and 5mm thick. Three per serving.

Cover in olive oil with saffron and seasoning.

Cook on low heat on the stovetop until tender.

Allow to cool in oil. Alternatively, you can vacuum seal everything and cook in the cryovac at 75 C until tender, then cool in the bag.

Re-heat potatoes in the EVOO they were cooked in. Set aside and keep warm.

Grill or pan fry Morcilla in EVOO until hot and crispy.

BBQ octopus over a charcoal grill, cut into three pieces per tentacle.

Pipe three dots of Romesco onto the plate in an offset pattern.

Place potatoes on a plate and top each one with a piece of Morcilla.

Add octopus to plate in an offset pattern between potatoes and Morcilla.

Recipe provided by The Darwin Club 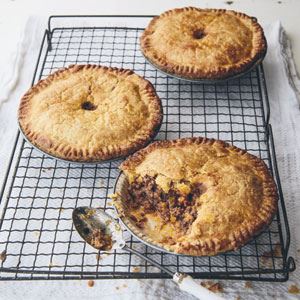 Bring a little footy spirit into your home with this ultimate homemade version of the classic Aus... 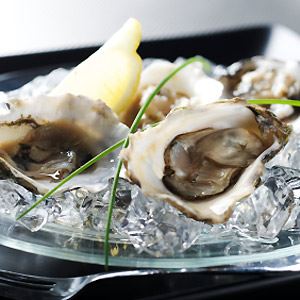 Oysters with Grapefruit and Maraschino Dressing 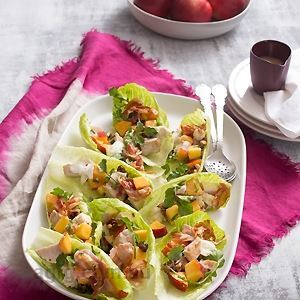