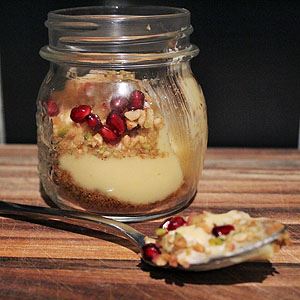 Bring to the boil 600mL of cream with the vanilla bean split.

Cream the egg yolks and half a cup sugar together, adding the hot cream slowly, while whisking.

Put this mixture back on the heat until the liquid has reach 88 C, stirring continuously.

Remove, strain and set in the fridge in a bowl to cool.

Place the Kataifi on a baking tray and bake in the oven at 170 C, or until golden brown.

Place remaining sugar, cinnamon, cloves and a wedge of lemon in a pot, with around a litre of water and bring to boil for 20 minutes to make the sugar syrup.

Once Kataifi is brown, pour syrup over the top and set aside to cool.

Place ANZAC biscuits in a food processor and blitz until a fine powder.

Add a pinch of sugar for sweetness.

In the bottom of your ramekin, place a liberal amount of smashed ANZAC biscuits.

On top, pipe your crème patissiere, and then your whipped cream.

Add your shredded, softened Kataifi, some crushed pistachios and pomegranate seeds to garnish. 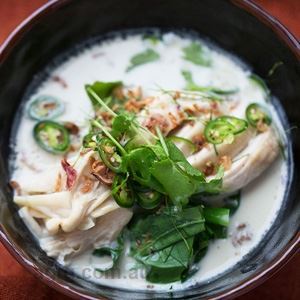 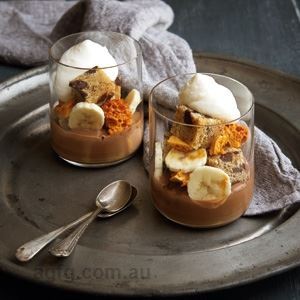 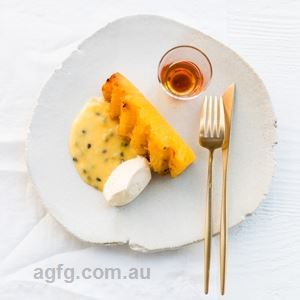