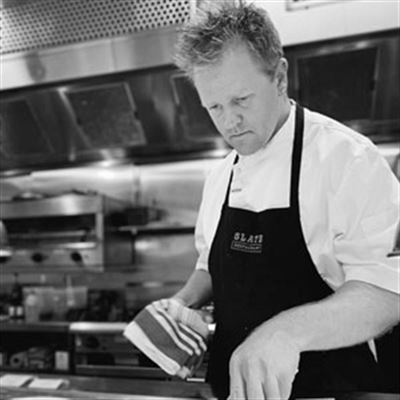 Born:
Campbelltown, Adelaide
History:
I began working as a kitchen hand from a young age and then worked in my first Cheffing role in 2003 at a Greek Restaurant on Henley Beach Road in Adelaide.
From there I worked in a number of pubs across Adelaide, including the Highlander Hotel and The Tea Tree Gully Hotel, followed by a ski season at the Sundeck Hotel in Perisher, NSW.
In 2008 I headed overseas to expand my culinary knowledge, working at hotels in Northern Ireland and England, including The Merchant Hotel in Belfast (three AA Rosette Restaurant) and the Woolley Grange Hotel in Wiltshire (two AA Rosette restaurant).
I then travelled between France, New Zealand and Switzerland over the next year, working as a Head Chef for Ski Total and Inghams during their various ski seasons.
I finished my overseas journey at The Gatsby, a Modern European two AA Rosette Restaurant in Hertfordshire, where I worked for two and a half years, initially as a Chef de Partie and then shortly after promoted to Junior Sous Chef.
Arriving home in South Australia in 2014, I worked as the Head Chef at Barossa institution, 1918 Bistro & Grill. I then moved to the Clare Valley, pursuing the role of Sous Chef role at Seed Winehouse + Kitchen for three years.
In 2019 I joined the culinary team at Slate Restaurant as Sous Chef and in late 2020 I was promoted to Head Chef.
Have you always wanted to be a Chef?
As a child I would spend hours in the kitchen with my Mum, baking cakes and cookies for school lunchboxes for the week ahead. I’ve been drawn to food and cooking from a young age, so becoming a Chef was always my goal.
How would you define your style?
My style is influenced from my many years of travel, with influences from British, French, Modern European and Modern Australian cooking.
What is your feature flavour these days?
I’m using a lot of coconut and chilli at the moment – we are in the middle of Summer, so these ingredients work well for our seasonal menu.
Obsessive-compulsive about?
Organisation! Being organised makes service easy and stress-free.
Your greatest culinary influence:
My Mum and my Grandma are my biggest influences and the reason I wanted to become a Chef.
What do you love about this business?
I love that SLATE is a family business and the Pike family are genuinely invested in creating a tourism destination in the Clare Valley. It’s also a perk that we have a brewery and winery on site, so there is always a refreshing beverage to enjoy after a long day in the kitchen.
An ingredient you can’t live without?
Onion and garlic.
Most ‘eyebrow-raising’ menu item?
Yellowfin tuna crudo, watermelon, pickled cucumber, chilli.
Signature dish:
Spinach pappardelle, zucchini, rocket, tomato, olive crumb, pangrattata, mascarpone. 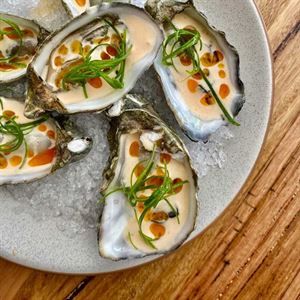 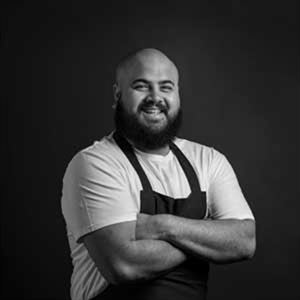