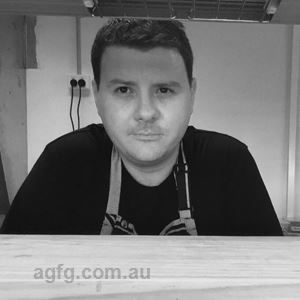 I was born in Western Queensland and raised in North Queensland in the Mackay region. I began my apprenticeship in Townsville at the Jupiters Breakwater Casino, where I worked through a range of departments. Upon qualifying, I moved up to Cairns where I progressed to running my own kitchen at the Pier Bar and Grill. A few years later I moved to Melbourne to follow my friends in the hospitality industry to the "Mecca” of Australian cuisine.

I started working at Café Orange on Chapel St when it was at the height of its popularity. This is where I met my current FOH manager Danielle Barbir, previously of "Mr Wolf” in St Kilda. Café Orange opened my eyes to a new world of seasonal, modern Mediterranean and French influences under the tutelage of Daryl Morris, a good friend to this day. After a few years at Orange I felt the urge to move on and ended up running my own kitchen again for about a year before deciding to go back to working with Daryl Morris at the newly re-invented Globe café as his Sous. About 18 months later Daryl moved on to open the first of the Art Series hotels at the Cullen and I took over as head Chef of Globe.

About another 12 months down the track I took an offer to Sous the next Art Series Hotel, The Olsen, under Wylie Dean. Not long after, I was offered a position working for Karen Martini at the Melbourne wine room, an offer I couldn't refuse and one of the most challenging and rewarding positions I’ve ever had.

Nikki Riemer and Karen Martini taught me an incredible amount in just one year. I still use Wine Room recipes to this day and I look back on those times with fondness. When it was revealed that the Wine Room was on the market I hedged my bets and went back to work for Daryl at The Cullen, while my now wife and I saved to move over to Europe. We landed in London a few months later and bought a camper van with a little kitchen in the back. We spent the next year travelling through Europe, learning the local cuisine and sleeping on beaches.

At the conclusion of this we moved to Holland to meet up with an old friend of mine, Manlio Mocci, a Sardinian Chef who I had worked with ten years previous in Queensland. He was the first to teach me the correct method of making gnocchi, pizza doughs, breads and pastas, a great Chef.

Manlio was running Bar Italia in Amsterdam and he hooked me up with a head Chef role running Quattro Stagioni in the Old South of the city. A very ritzy suburb where I learnt to cook provincial Italian cuisine from the FOH manager who was from the North of Italy. We fed the rich and famous including the Dutch royal family. After a year we moved back to Australia through Asia.

I worked various jobs for a year or two while I worked on my Sound Engineering degree, before I went to work for the Palmer Group at their new rooftop bar and restaurant called 2KW, one of Adelaide’s newest successes. 2KW reinvigorated my love for fine dining and taught me about emerging trends that I had missed out on over the few years I wasn’t in the restaurant scene.

After leaving 2KW, my wife and I decided we needed to invest and utilise my skills to benefit our family. This is when Phoenix on Unley was born.

Have I always wanted to be a Chef?

No, my Mother reminds me that I started cooking when I was just a small child. I always loved it but I wanted to be a musician and sound engineer. It was whilst playing gigs that I learnt about the hospitality industry and fell in love with the kitchen and realised my destiny.

Simple. I love to cook simple dishes with excellent produce and OCD methodology. I remember Karen Martini teaching me the perfection of imperfection. I don’t like the word rustic, artistic simplicity I suppose?

Cleaning, like most Chefs, as well as service procedure and consistency. Chefs that have worked for me before know that I can be a major pain about cooking exactly like I do.

Probably the pan fried Rueben, it’s simple but it’s so warm and soft in the middle with a real kick from the Russian dressing. While the bread is crisp on the outside and cloud like in the middle. We "corn” our own Black Angus Brisket after a spice rub has penetrated it for 24 hours, so it is packed full of flavour.

I’ve never been able to answer that one. That old saying rings true here, it’s like choosing between my kids. On this menu though, we have had a great response from the poached eggs and smoked ham hock hash with cavelo nero, peas, mustard fraiche and julienne piccalilli. We hand select our pigs from Howie Hill Farm in McLaren Flat, where Sam and Mel Hage produce top quality organic free range Berkshire pigs and are working on Black Angus beef and Suffolk lamb next. Can’t wait for the Lamb! 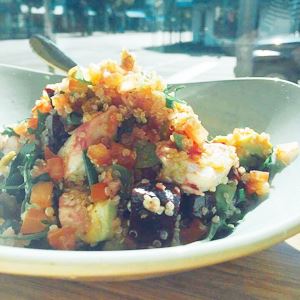 Newcomer on the Malvern block, Phoenix on Unley is turning heads with its innovative fare and paddock to plate philosophy. Large glass windows on a corner frontage bring in light and allow diners to people and street watch, while relaxing with a D’Angelo cappuccino at sleek matte black tables and chairs. Sourcing only fresh, local produce direct from the farm, Phoenix’s menu includes house smoked pork shoulder, cured bacon and cheese curd in many tempting options such as the Howie Hill Berkshire pork roll with Japanese mayo, chilli, cucumber, spring onion and capsicum. Vegetarian choices such as green lentil and halloumi salad with cherry tomatoes, cucumber, Spanish onion, roasted beetroot and sherry vinegar dressing are also available, washed down with an apple, carrot and ginger juice. 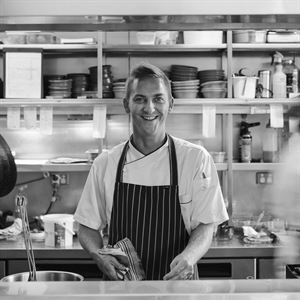 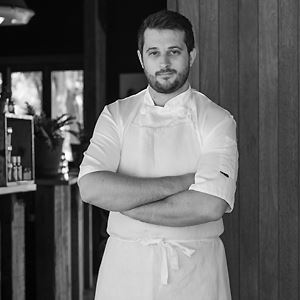