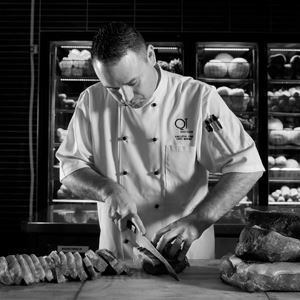 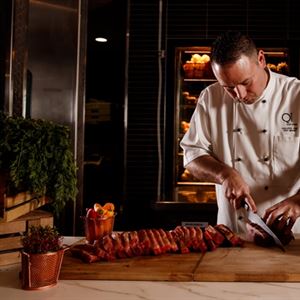 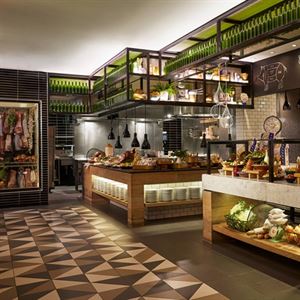 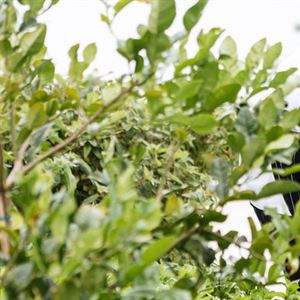 When I was 19, I moved from South Africa to the United Kingdom. My first job was at the Thistle Hotel. It was a Heritage 4-star hotel with one AA Rosette. My first job there was as a dish hand, I would always ask the Chefs what they were doing and if I could help them. That day came and I took my chance with both hands. At the end of my shift, the Head Chef told me that I had natural talent and that he would like to enroll me into Stratford-upon-Avon College. After my three-year apprenticeship, I moved to the Menzies Welcombe Hotel and Spa, where I was working for Wayne Thomson. He had trained in some of the most prestigious establishments in London; The Savoy, Claridges Hotel London, Monte’s of Sloane Street and L’Odeon, working under culinary luminaries John Williams, Alain Ducasse, Bruno Loubet and Anthony Demetre. While working under Wayne Thomson, he taught me to only use fresh produce and to work with the seasons. While there we held our two Rosette status for three years.

I then moved onto the prestigious Hotel Billesley Manor, were Shakespeare himself used the library for his work, I worked under Christopher Short. This is where I fine-tuned my skills using some of the best produce in Europe. After three years, Chris left to open his restaurant Essence. While under Chris, we won best restaurant in the hotel group, and we held two black AA Rosettes. I was then blessed by having the chance to work with Wayne Asson; he is one of the most accomplished Chefs in Britain. He has 29 gold medals, 16 silver and 12 bronze. He also received the Chef’s Award alongside the famous Roux brothers. While with Wayne, we held our two Rosettes for another year. After being promoted to Sous Chef I applied for my Australian visa. Before moving to Australia, I needed to learn pastry to take myself to the next level. I moved back home to South Africa, I stopped working and enrolled into an advanced Pastry Diploma under the guidance of Nicolas Van Der Walt, internationally acclaimed and published. In 2000 he won a Gold medal at the Culinary Olympics. He is regarded as one of the pastry leaders of the world; his resume includes Park Hyatt, the Savoy London, and Michelangelo, Saxon Hotel and Spa. I finished my Diploma with Distinction and my chocolate show piece was used in the Miss World 2008 beauty pageant that was being held in South Africa.

I then moved to Australia and took my first Head Chef position at River Canteen in South Bank, QLD. My achievements while here were a standing ovation from over 150 members of Tattersall’s wine club for a degustation menu I did for them. I also made it into the Courier Mail Good Food and Wine Guide for 2010 where we received a Star Award. I then moved to QT Gold Coast where I helped George Francisco open the newly renovated hotel and it quickly became an instant hit with Bazaar and Stingray. I was also involved in opening our Boutique ski resort QT Falls Creek with Chef Luke Stepsys, which proved to be quite challenging at first, learning how the mountain works. Working with Luke helped me become a much stronger leader, using what I have been shown to inspire the younger Chefs coming through!

Over the years we have really moved to buying as much local produce as possible, trying to support our local heroes that farm and produce the wonderful delights we then turn into dishes. I have been working at QT Gold Coast for 8 years now and have been blessed with some of the Chefs I have worked with. My biggest accomplishment to date, is starting a massive roof top garden on our level 2. I got in touch with Jen Stuart who does training for an organization called Abilities Plus Permaculture. They promote education and employment to the disadvantaged through empowering and learning by doing. I have been working with Jen now for over three years and our roof top garden is a little secret gem in the sky. Jen and her crew come three times a week to help me look after our "food forest.” This helps us train our young apprentices in regards to learning about the cycles of growing and picking.

I have always been in the kitchen cooking from a young age with both my Gran and Nana. When I was in grade 5 and 6 I would get dropped off at school early by my Dad, because he had to travel far to get to his work. I would often walk to my Gran’s house and play hooky for the day. I would cook and bake all day until I was picked up at night by my Dad. On the weekends, my Nana would always have the entire family round for a massive Sunday roast. I was in heaven because she would let me taste everything and get me to do jobs for her which made me feel special. Funny though, I never thought I would end up being a Chef, but it was just meant to be!

My style is classic French and European cooking where less is more! I love having one, star ingredient and having components that complement the main star.

Anything that is in season and local, I love cooking seafood.

I would say I’m most obsessive compulsive about apprentices looking at me when they talk. These days there is no eye contact so you don’t know if they get what you are trying to teach. It boils down to old school mannerisms and respect!

For me it’s the satisfaction when a guest comes up and says well done Chef that was incredible! The relentless hours of putting the dishes together make it all worth it! Sometimes it’s the little moments that add up to make great impressions.

I used to do a dish with lamb’s brain, crumbed and served with sliced lamb backstrap, artichoke puree, candied olives, smoked baby leeks and crumbled Persian feta. It was a great dish but it took a lot of convincing for people to try it. When they heard the words "lamb’s brain," it was a "no that’s not for me!” It was a really delicate dish though. 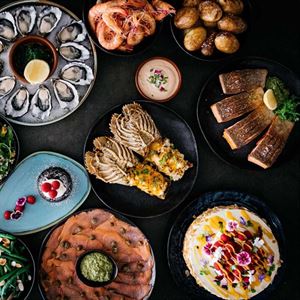 Step inside the Gold Coast’s QT Hotel and discover the secrets of Bazaar’s traditional marketplace - a delicatessen-style buffet with a Twenty-first Century twist. Here, all you need is an appetite and a little curiosity; peer through floor-to-ceiling glass windows into a cool room filled with premium cured meats, be met with fridges bursting with the vibrancy of colourful, fresh produce and stroll past wood-fired pizza ovens as smells waft from deep within, tempting you in your travels. As you venture forth through the food groups on offer, pick up flavoursome morsels such as vibrant salads, slow-roasted meats, juicy seafood, Asian wok creations, dumplings and an extensive spread of sweet treats. Should you thirst for a creative concoction, simply peruse the drinks list for a drop. 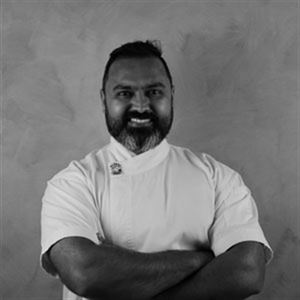 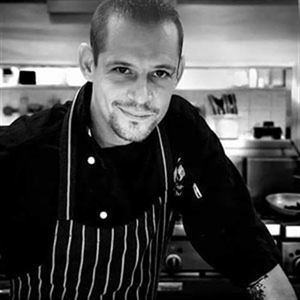