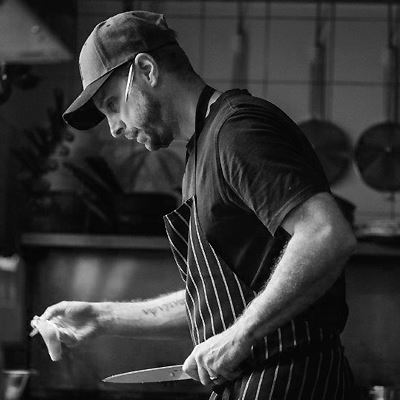 Originally from Kent in the South East corner of England, I began travelling and have been living in Australia since 2003.
I soon found a passion for Aboriginal culture and have been trained in the art of didgeridoo making and can play rather well! This earned me my ‘Didjipom’ nickname.
Since arriving in Australia, I have been very impressed by the produce this vast land has to offer. The quality, freshness and diversity of the ingredients grown and reared on these shores are outstanding.
Inspired by an interstate restaurateur, I moved to Melbourne.
I started work at the Greville Bar in Prahran and a warehouse function venue in South Yarra, which led me to a Modern Greek restaurant in Port Melbourne.
In 2005 I moved to the Otway Coast and worked for 3 years with some of the area’s finest seafood. By 2008 city life beckoned, and I returned to Port Melbourne to lead a kitchen at a new venture, Seven:am.
I felt a need to broaden my skills and continued working as a private Chef and hospitality consultant, as well as in many respected restaurant kitchens across Victoria.
In 2011, I continued the Mediterranean style of cooking, and began working in Windsor’s Hoo Haa Bar & Restaurant, with its (then) predominantly Italian cuisine.
Having moved to Emerald a year later, I then married my beautiful wife at Forest Edge in Gembrook in early 2013 and ironically, I am now their Head Chef.
Have you always wanted to be a Chef?
I started late in my cooking career, originally a manufacturing engineer, although some of the production line processes have been useful in running a kitchen!
I have always been interested in food and cooking techniques in general and how flavour profiles can work together, but it wasn’t until I came to Australia that I felt I could put that interest to use and turn it into a career.
How would you define your style?
I would say Mediterranean, be it Italian or Spanish (an ode to all those Spanish holidays as a child!) Modern with a traditional base.

What is your feature flavour these days?
I am currently going through a vinegar stage at the moment! Be it sherry, raspberry or champagne. So diverse, so many more uses than just pickling.

Obsessive compulsive about?
Having an organised and clean kitchen go hand in hand. Even a great Chef can fail if their organisational skills aren’t on point.

Your greatest culinary inspirations/influences:
Spencer Patrick (another ex-pat) from Harrisons in Port Douglas.
Stefano Manfredi and the late Tim Connell, whose wise words started me into the culinary world, to whom I thank.
What do you love about this business?
The diversity and the people. I have met some wonderful and colourful characters on my journey, from all walks of life.
An ingredient you can't live without?
It would be a close call between bay leaves and peppercorns. Two of the most under-rated, yet flavoursome ingredients. 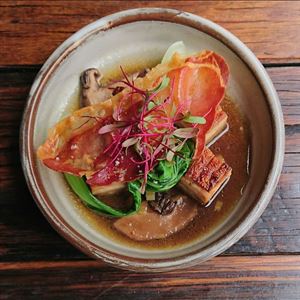 Discover the beauty of award-winning Forest Edge Restaurant on Gembrook-Launching Place Road in the picturesque Yarra Ranges. Just a 50-minute drive from Melbourne's CBD, guests are treated to breathtaking views through floor-to-ceiling windows indoors, or perhaps dine alfresco and enjoy a lazy lunch with a wine of choice. Offering a relaxed Cicchetti-style menu to share with friends on Friday, Saturday and Sunday, the wood-fired pizza oven fires up in the wine bar on Sunday afternoons along with live music. Delve into the likes of tempura prawns, wasabi peas and nori sugar mayo; or 24-hour cooked beef ribs, smoked and served on the bone, with sun-dried tomato pesto, pickled onion mayo and lemon. Finish indulgently with white chocolate Oreos, chocolate soil, cookies and cream ice cream. 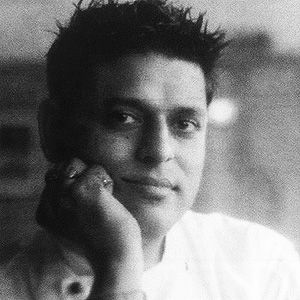 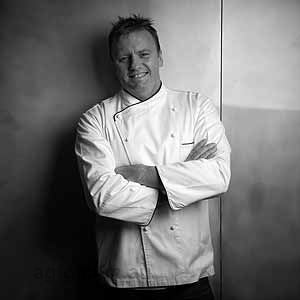 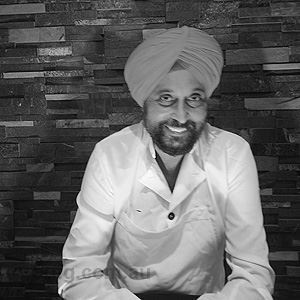