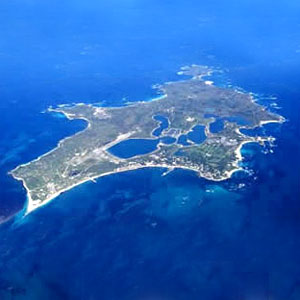 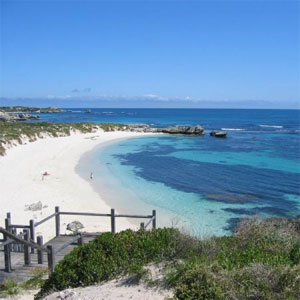 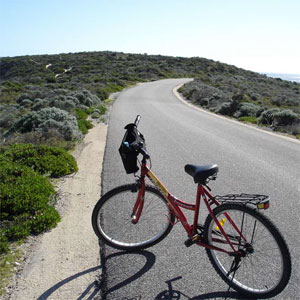 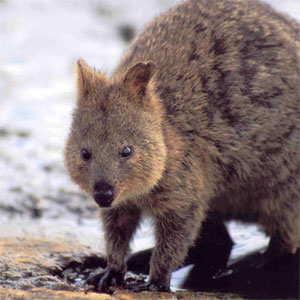 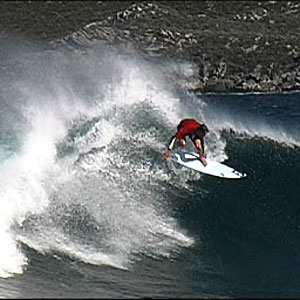 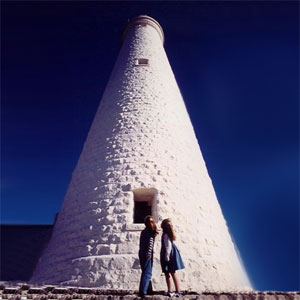 Just offshore from Perth are the clear waters and white beaches of Rottnest Island, one of Western Australia's most popular holiday destinations, with over 400,000 visitors per year. Go snorkelling, diving, or take a guided tour to meet the friendly quokkas - the cute and mischievous marsupials unique to Rottnest. They are almost unique to the island and resemble small kangaroos. Rottnest Island is also the destination for great fishing, sailing, golf, hiking and cycling.

A few words from Rottnest Island

Rottnest, is just twenty kilometres off the coast of Perth, Western Australia has been attracting thousands of holiday makers annually since it was first declared an A Class Reserve in 1917. Although Rottnest has undergone many changes in its three-hundred year history, the Rottnest Island Authority has endeavoured to retain the unique holiday atmosphere developed during the last half century.

Today it is a place where a family can enjoy an inexpensive holiday, removed from the pressures of life.

Hotel Rottnest, affectionately called the 'Quokka Arms' was built between 1858 and 1864, became a hotel in 1953 and has been extensively renovated in recent years.

The Old Cemetery with its gravestones tell an interesting story of days long past. Vlamingh Lookout Hertiage Trail is worth a look. From the cemetery, a steep road takes you to the memorial erected in honour of the Dutch navigator, Willem de Vlamingh, who landed in Rottnest in 1696. From this point you can see the island spread out below you.

Thomson Bay, is the harbour for the island. The creamy surf of the transit reef just outside the bay, is a popular sport for surfing and catamarans.

Check out the Rottnest Wreck Heritage Trail where underwater and land plaques are now positioned giving details of the shipwrecks of Rottnest Island.

The Basin, is a unique swimming spot with clear waters reflecting the white sandy bottom.

The Salt Lakes are a natural phenomena unique to Rottnest. The lakes are grouped in the north east section of the island and are named Government House Lake, Serpentine Lake, Herschell Lake, Garden Lake and Lake Baghdad. Because of natural seepage, there are many pools of fresh water and it is estimated that here, you'll find half the total wildlife on the island.

In the west end is Cape Vlamingh. Here you can gaze down at the rollers of the Indian Ocean foaming over the reef. There is no solid land mass between this point and Madagascar, 6,436 kilometres away.

Two hour coach tours of the island are available. Tickets can be purchased from the Visitor and Information Centre. Tours are conducted in the morning and afternoon daily. Private charters are available.

Free guided walking tours of Rottnest's Colonial architecture and relics brings the island's rich history of prisoners and pioneers to life. Tours are conducted in the morning and afternoon and leave from the Visitor and Information Centre.