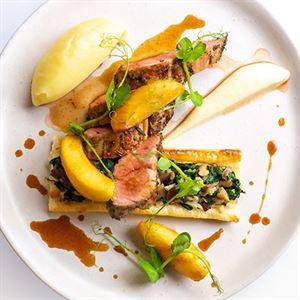 Chop the garlic and rosemary until fine, mix with the olive oil and rub over the pork fillet, set aside for 2 hours minimum.

Defrost puff pastry and cut 3 rectangles 4cm by 10 cm. Place on a baking try lined with parchment paper. From remaining pastry cut 6 strips 8mm by 10cm, lightly egg wash the sides of rectangles and place 1 strip on each edge (long side) to form a border.

With a fork, dock the pastry within the borders so it does not rise too much. Egg wash all the pastry and bake at 200 C for 20 minutes or until golden brown and cooked.

Take out and cool slightly, with a sharp small knife cut along the inside of pastry borders and press the middle down to allow more space to fill mushrooms. Allow to cool completely.

Chop all the mushrooms so they are a similar size so they will cook at the same rate, heat a frying pan with 2 tablespoons of good olive oil. Fry all mushrooms until soft, take off heat and season with salt and pepper. Allow to cool, in a food processor pulse mushrooms until they resemble a rough chop (can be done with a knife also). Fill the puff pastry rectangles with the mushroom mixture, set aside until later.

Drain potatoes for a couple of minutes until fairly dry, into a clean pot run the potatoes through a moulin or potato press, add 125g diced softened butter, return to heat and stir until all the butter is dissolved. If the potato mix looks split (butter not incorporated) add a tablespoon of milk and mix until incorporated, season with fine salt and ground white pepper. Keep warm.

Peel the apple and cut in half, scoop out seeds, cut each half into 3, toss in castor sugar until completely coated.

Heat a frying pan with a splash of olive oil, just as the pan starts to smoke add the apples, toss until they’re golden brown all over, add a tablespoon of butter and mix through. Set aside somewhere warm.

Heat a clean frying pan with a splash of olive oil, add the pork fillet and brown on all sides. Place the fillet on a baking tray with mushroom pastries, cook in a fan forced oven at 200C for 10 minutes. Meanwhile, de glaze sealing pan with white wine and beef stock cube, reduce till sauce coats the back of a spoon. Take out and rest the pork on rack.

While the pork is resting, start plating by placing a mushroom pastry in the centre of the plate, a nice spoon of mash potato at the top of the plate, 2 slices of pork fillet over one edge of pastry, place 2 pieces of apple over the pork and use de glazed pan jus as the sauce. You can fancy the plate up by using some herbs or micro herbs.

Recipe provided by The Loft 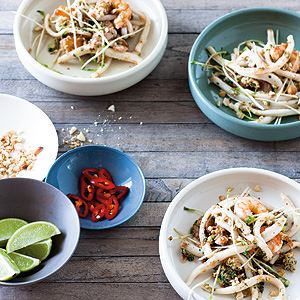 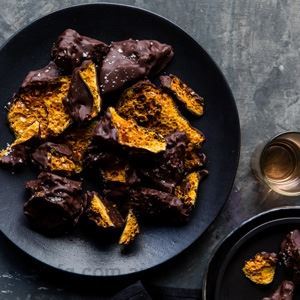 "Make these amazing bombs of honeycomb well in advance and keep them in the freezer, so you can pull... 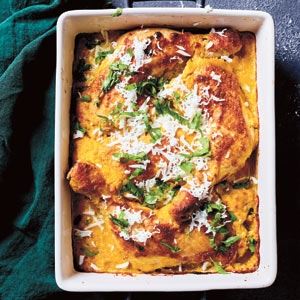