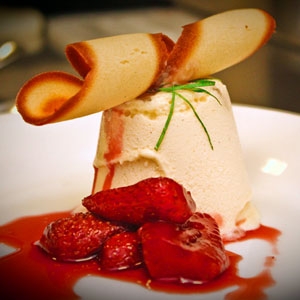 Bring milk to the boil with the vanilla bean and first 130g of sugar.

Bring champagne to medium heat and reduce to 160mL.

Whisk cream until soft peaks form, then place in fridge until needed. Do the same for the egg whites.

Cream egg yolks with the second 130g of sugar until thick, then slowly stir in the milk mixture and the reduced champagne.

Whisk and cook over a bain-marie until sabayon forms thick ribbons, then allow to cool over an ice water bath. With a metal spoon, fold through the chopped ginger very carefully, followed by the whipped cream and egg whites.

Pour in lightly greased moulds and freeze for 12 hours or overnight.

Cream butter and sugar. Whisk in egg whites then fold in sifted flour mix until blended. Let the mixture rest for 20 minutes in fridge before use.

Place mix in a piping bag with a small rounded nozzle. On a greased tray, pipe a straight line about 20cm long.

Bake in an oven pre-heated to 180 C until brown on edges. Take out of oven and quickly fold around a wooden spoon. Allow to cool and store in an air-tight container.

Add all ingredients to the pot except the strawberries. Bring to the boil and reduce by one-third.

Take off the heat and then add strawberries. Once completely cool, store in the fridge.

Place strawberries on plate with a little of the syrup. Take semi-freddo out of moulds and place next to strawberries. Place curled tuile on top of semi-freddo and lightly dust with icing sugar. If desired, finish with some chiffonade of basil.

Recipe provided by BMR on Norton 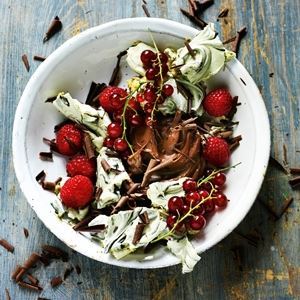 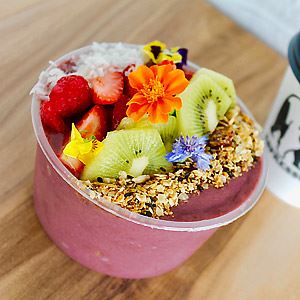 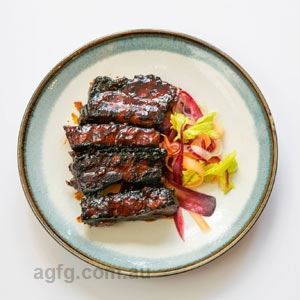