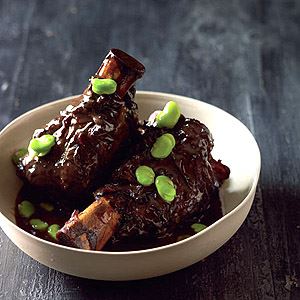 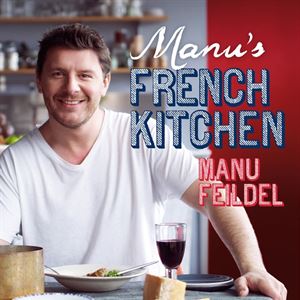 "I came across a similar recipe in a book once and loved it - I've just tweaked it a little to reflect me. The shanks and sauce cook until the meat is almost falling off the bone and the sauce is reduced until it is sticky and sweet; I adore this kind of food. The juniper and cinnamon aren't very French, although they do use those spices a bit down in the south of the country. The balsamic vinegar definitely isn't French, but who cares, it makes the sauce taste fantastic!" - Manu Feildel.

Heat the olive oil and 20g of the butter in a large enamelled cast iron casserole over medium heat. When the butter starts to foam, add the shanks and cook for 5 minutes or until browned all over. Remove the veal from the pan, then add the onion, carrot, leek and garlic and stir for 6-8 minutes or until golden.

Return the shanks to the pan, then add the wine and bring to the boil. Add the stock, thyme, rosemary, cinnamon, juniper berries and balsamic vinegar. Bring to the boil again, cover with a piece of baking paper (cartouche, see page 208), then seal with a lid and bake, turning the shanks once, for 2 hours or until the meat almost falls of the bone.

Remove the shanks from the sauce, then strain the sauce through a fine mesh sieve into a clean pan, pressing down on the solids with the back of a ladle to extract as much flavour as possible. Simmer the sauce for 20 minutes, or until it has reduced by half, then whisk in the remaining 40g butter, one piece at a time.

To serve, check the seasoning of the sauce, then pour it over the shanks and scatter with broad beans, if desired. 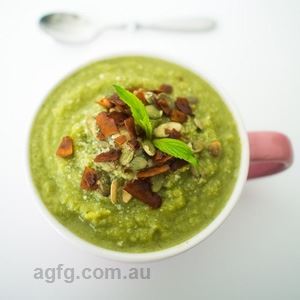 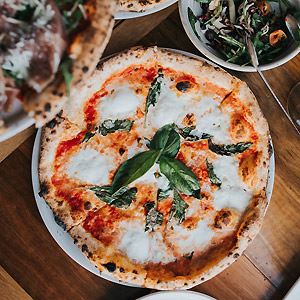 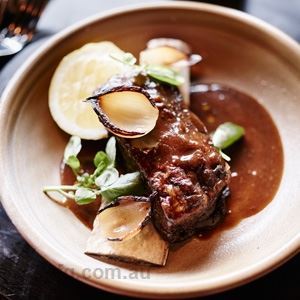