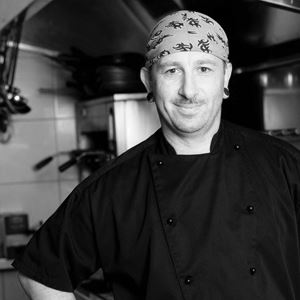 After tough, but educational training in Germany, I worked in all different kinds of restaurants and hotels. Starting at 5-star Hotel Steigenberger, followed by the well-known German catering company Boehm and another 5-star Hotel Marriott.

I have had my own restaurants. I have qualifications as a Master Chef and was running a traditional Bavarian Beer Garden and Restaurant and my own multi award-winning fine dining restaurant in Germany. My trip continued finally over Vienna, the Cayman Islands and to Australia where I worked for 3 years as Head Chef in various resorts. I am now located in Bowral near Sydney at Milton Park to start the next chapter in my career.

Absolutely! I started cooking at the age of twelve – highly influenced by my Mother, a big interest in cooking traditional, tasty and locally influenced food.

Crossover fusion – a mixture of intercontinental ingredients and techniques on one plate. 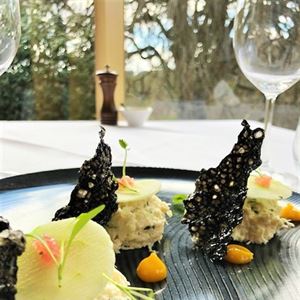 Set on a secluded private estate in the picturesque Southern Highlands of New South Wales, Horderns Restaurant nestles in the Milton Park Country House Hotel, a grand mansion built at the turn of the 19th Century. Rich fabrics, high back chairs and soft lighting give a distinctive feel of great French restaurants, enchanting diners with an elegant vibe while parted drapes look out to manicured gardens and textured walls provide a warm depth to ambient dining. Begin with scallops, curried cauliflower puree, cucumber dressing, beet macaroons, peas and black garlic; before lemon myrtle seasoned kangaroo loin, lemon onion confit, aligot, shallot and Merlot jus. Finish with a divine dessert of tonka bean panna cotta, while those dining with a group may opt for the tasting menu of six courses.