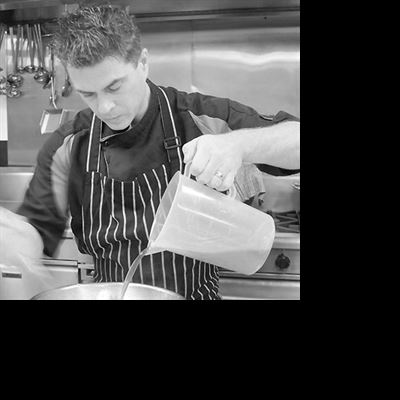 Born:
Hobart.
History:
I completed my apprenticeship in Tasmania, before moving to Sydney in 2001, where I landed a job as a Commis Chef at Café Sydney. In 2003, I moved up to a Sous Chef position at Garfish Kirribilli, before going on a 2-year working holiday in 2005, where I worked through Canada and the UK.
I returned to Sydney in 2007 and took up a Head Chef position back at Garfish Kirribilli, before moving back to Hobart in 2009 and taking up the Head Chef position at The New Sydney Hotel. I also did quite a long stint at The Grand Chancellor Hotel, where I stayed until 2016. On December 22, 2016, we opened Driftwood Restaurant in Lauderdale Tasmania.
Have you always wanted to be a Chef?
Yes, I was always involved in cooking at home and found a love for it about the age of 12. I took subjects throughout school that led in that general direction.
How would you define your style?
Modern Australian, as I like to borrow flavours and ideas from the places I’ve travelled.
What is your feature flavour these days?
I love to smoke things! I play with ingredients used in the smoke flavours, for example, fennel and lemon with wood chips when smoking fish.
Obsessive compulsive about?
Cleanliness.
Your greatest culinary inspirations/influences:
Dinner at Eden in Banff Canada where we had an 11-course degustation with wine pairing. Expect the unexpected and don’t say no just because it’s different.
What do you love about this business?
We have an open kitchen and I enjoy watching the guests.
An ingredient you can’t live without?
Garlic, salt and olive oil.
Most ‘eyebrow raising’ menu item?
Smoked salt and cured egg yolks.
Signature dish:
I don’t ever want to have just one… 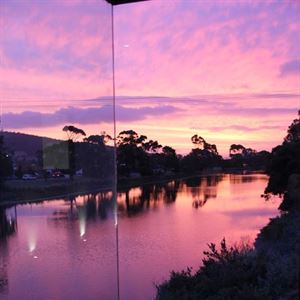 Watch the sun set over the canal and soak up water views at Driftwood Restaurant on North Terrace in Lauderdale. This elegant restaurant is all about sleek lines and a trendy vibe - think wood floors and ceilings matched with grey furniture and dark walls to create a relaxing ambience - whether stopping by for weekend brunch, or evening dining with a special someone. An ever-evolving menu that changes almost as often as Tasmania’s weather, features fresh local and seasonal produce; while Driftwood’s wine list offers something for all palates, including preservative-free options. Expect dishes such as seared scallops, chilli, preserved lemon, parsley and pumpkin puree to start; followed by roast chicken supreme, with caramelised onion puree, mizuna and celeriac salad and light jus. 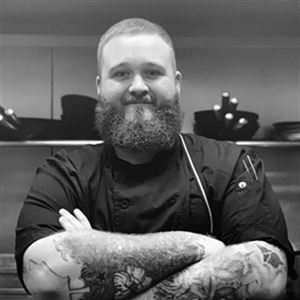 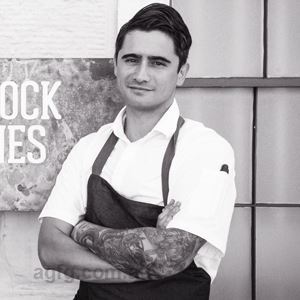