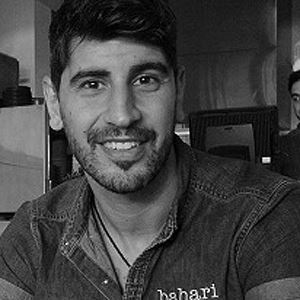 Born:
Tasmania
History:
It all began when Philip decided to switch careers and follow his passion for cooking. Having completed an accounting degree at the University of Tasmania, and as a result, working the 9-5; Philip continuously found himself being pulled back into food.
In 2010, when his application into Masterchef was successful, he finally found his calling launching him into a new direction, and a move to Melbourne.
His first restaurant venture began, entering a partnership and reviving Spitiko Greek Restaurant in South Melbourne. During his time at Spitiko, he also spent many hours raising money for charities such as the Make a Wish Foundation , A Fighting Chance and the National Breast Cancer Foundation.
In addition to charitable events, Philip entertained audiences with cooking demonstrations at high profile events, such as; The Antipodes Festival, Pooley’s Vineyard in Tasmania, The Sustainable Living Expo, The Prahran Market, The Darwin Glenti and The Estia Festival.
Philip has also made many media appearances since Masterchef, hosting food segments on shows such as Tasmania’s SEA FM radio, and also featuring in, ‘Phood with Phil’ on Planet unEarth on Channel 31.
His charismatic nature, and confidence in front of an audience, also opened the doors to product endorsement opportunities such as; Chris’ Dips and Craft Athens Lager.
Have you always wanted to be a Chef?
Growing up I would watch Geoff Jansz, Jamie Oliver and Anthony Bourdain, and be glued to the screen. I was always sneaking into the kitchen when my Grandmother was cooking, listening and tasting as she went. I loved playing with the flavours, and trying to see what would work and what wouldn’t; trying to make old recipes better by breaking the rules.
How would you define your style?
I would say my style is hard to describe, I guess I would call it challenging the norm. It’s like every dish is a challenge, and I want to change it up – hopefully for the best! For me, an open kitchen is like an open canvass, ready for me to express myself with flavours.
What is your feature flavour these days?
I love using different spices and herbs, even incorporating some middle eastern and south American flavours into Greek food – keeps people guessing!
Obsessive compulsive about?
A neat and tidy kitchen, with things being put back in their place!
Your greatest culinary inspirations/influences:
Jamie Oliver, Anthony Bourdain and my Grandmothers; not necessarily in that order!
What do you love about this business?
Seeing how my food brings people together, and makes them happy. It’s rewarding to see someone’s reaction to something I’ve put together; makes it all worthwhile.
An ingredient you can’t live without?
Cinnamon! …Because it’s bitter and sweet at the same time.
Most ‘eyebrow raising’ menu item?
The quail dolmades I recently dished up at Bahari seemed to raise a few eyebrows!
Signature dish:
That’s a hard one to answer, as I enjoy plating up so many dishes! I guess the 8.5 hour slow cooked lamb shoulder would be up there, and if we are talking dessert, that would be Galaktoboureko; semolina custard milk pie. 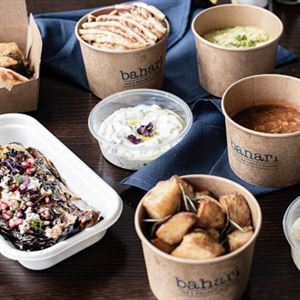 Take a break from Melbourne‘s CBD to taste the distinctly ‘Gringlish’ (Greek / English) flavours of Bahari The Hellenic Palate as it spices up Swan Street, Richmond. Anticipate an ever-changing menu hanging from a street sign display under the glow of drop lights and enjoy an intimate dining experience on country style seating. Masterchef Alumni and Restaurateur Philip Vakos, enjoys the freedom to explore the fine art of balancing spices and seasonal flavours in contemporary Greek dishes like grilled octopus with ouzo, lemon and oregano. Greek food is traditionally enjoyed together among family and friends and Bahari invites all who enter to do the same with easily accessible share style plates.