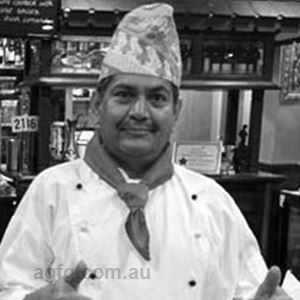 Chef/Owner Janak Gautam has been on his journey around the world perfecting his culinary skills for the past 40 years. With humble beginnings in Nepal, he moved to Delhi to learn the art of Indian cooking at the Oberoi Hotel. The knowledge of Indian hotel style was passed on from the leading Chefs in the scene and this helped Janak perfect the basics. Since then, he has worked in some of the most famous five star hotels and international level restaurants in India, Hong Kong and Australia, including the Grand Hyatt.

He has been running his own businesses for the past 20 years and trained several talented Indian and Nepalese cooks in Melbourne, and is sure to please people with his unique style and experience. He welcomes you to Tandoori Temptations and is glad to bring you the flavours from the Himalayas.

Has Janak always wanted to be a Chef?

Janak was always interested in cooking. As a small child, he could be described as a “foodie,” always hanging around the kitchen for a treat. He was presented with the opportunity to leave his village in Nepal to work at some big Indian Hotels and has never looked back.

How would Janak define his style?

Janak is a highly creative Chef when it comes to Indian food. He has learnt the basics from the best in the business, this allows him room to experiment with new ideas, whilst maintaining a traditional touch. His style is best described as a
fusion between Indian and Nepalese cooking.

What is Janak’s feature flavour these days?

A spicy curry with a cold beer is perfect after a long day at work. Apart from this, everyone loves a butter chicken.

What is Janak obsessive, compulsive about?

Janak is obsessive about introducing new items on the menu. Every few months he will experiment with ideas which often turn into dishes and appear on the next menu.

What are Janak’s greatest culinary inspirations and influences?
Janak has been inspired by his co-workers. He has learnt from many different people over the years and found that they each bring something unique to the table.

What does Janak love about this business?

Janak loves to be able to share the flavours he has worked hard to perfect. He values customer satisfaction and wants you to enjoy your dining experience.

An ingredient he can’t live without?

There’s too many to list! Janak loves a mixture of spices.

What is Janak’s most ‘eyebrow raising’ menu item? 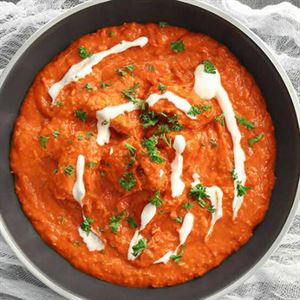